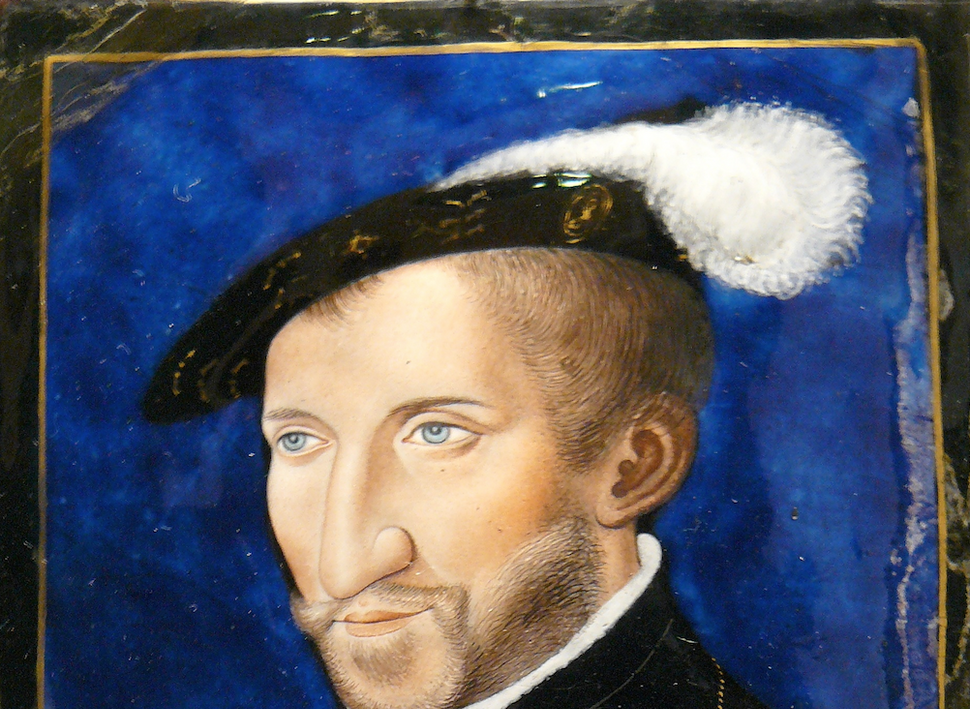 The Rothschilds: a Dynasty of Art Patrons in France

To paraphrase the old Yiddish joke, “If I were Rothschild, I’d be richer than Rothschild; I’d donate some art on the side.” This new three-volume study explains more than 120,000 artworks given to over 200 French museums and libraries from the 1870s until today by dozens of Rothschild family members. The banking mishpocheh was encyclopaedic in their generosity, donating everything from ancient to contemporary art, from all continents and in almost all media. Among highlights are the Boscoreale Treasure, over 100 pieces of silverware, gold coins and jewellery hidden in a villa outside of Pompeii, buried by volcanic ash after the eruption of Mount Vesuvius. Unearthed in 1895, the treasure was bought by Baron Edmond de Rothschild (1845–1934), who donated it to the Louvre Museum the following year. To the Louvre’s Department of Prints and Drawings, Baron Edmond also presented 40,000 engravings and 3000 drawings, including works by Leonardo da Vinci, Albrecht Dürer, and Rembrandt.

Why this munificence? In a chapter in “Philanthropy, Patronage, and Civil Society,” the cultural historian Simone Lässig suggests that apart from the principles of tzedakah, European Jews may have felt that generous donations would help defuse anti-Semitism and better assimilate them into society. Yet surely the Rothschilds, after decades of stupendous giving, had nothing more to prove. Still they continued the family tradition, or obligation, of each generation “enriching the heritage of our country,” states a preface to this new book co-signed by five current members of the dynasty: David de Rothschild, Éric de Rothschild, Benjamin de Rothschild, Nathaniel Rothschild, and Julien de Beaumarchais de Rothschild. Even if the motives for this long-time beneficence remain partly mysterious, all art lovers have benefited from their largesse.

In “The Rothschilds and their Collections of Illuminated Manuscripts”, the British art historian Christopher de Hamel opines that by donating to state collections such as the Bibliothèque nationale, the family demonstrated patriotism during the late 19th century amid the anti-Semitism of the Dreyfus Affair. This motive could be convincing, even when the objects given were eccentric rather than mainstream. In a 1925 codicil to her will, Mathilde de Rothschild (born Weissweiller), widow of the Baron Henri de Rothschild, decreed that her “complete collection of skulls go to the [Musée des] Arts décoratifs, Petit Palais or Carnavalet.” Rather than actual skulls, around 180 bibelots were given: tiepins in the form of skulls, umbrellas with skull handles, a skull-shaped pocket watch, ivories, woodcarvings, baubles, engravings, paintings, statues, and “art objects of all kinds…[were to be displayed] with mention of my name as donor,” Baroness Mathilde specified. Was foreboding of the forthcoming carnage for European Jews expressed in this obsession with a memento mori? A chapter by the art historian Sophie Motsch refers to these objects, using polite art historical euphemism, as “rather original” (peu banal). A sculpted skull sticking out its tongue and another one adorned with pince-nez glasses and smoking a cigar, caricaturing a successful businessman, are akin to “schoolboy pranks,” Motsch states. During the First World War, the Baroness Mathilde was a volunteer at the military hospital of Compiègne. There she had “daily encounters with death,” notes Motsch, asking, “Could this contact with the worst sufferings have influenced [the Baroness’] view of life, to the point of leading her to assemble a collection having little to do with femininity or high society?”

Less ominous, yet equally mysterious, was a collection donated by Alice Charlotte von Rothschild (1847–1922) a formidable, houseproud society lady who inhabited a château in the town of Grasse on the French Riviera. There she received celebrity visitors such as Queen Victoria, who once dared to tread on flower-beds while strolling across a lawn. The Baroness Alice bellowed at the Queen, “Get out!” Thereafter, Victoria always referred to the Baroness as the “All-Powerful One.” An expression of this power was a perhaps surprising fondness for acquiring arms and armor for display in her home. Baroness Alice also gathered over 450 smoking pipes dating from the 17th to 20th centuries from all over the world, as well as early matchboxes. These were posthumously donated to the town of Grasse. In a chapter detailing this gift, the art historian Bénédicte Rolland-Villemot wonders about what motivated the spinster Baroness to amass such a collection, “which at first sight might seem strange, indeed outrageous?” The sculpted pipes are decorated to the point of qualifying as art objects, and some may have been presented to her in gratitude for her hospitality, by such personalities as the Shah of Persia and the Prince of Wales. Rolland-Villemot finds the Baroness’ hoarding over 100 historical matchboxes — a convenience for smokers first developed in the 1820s — “even more surprising.” The boxes, she notes, still contain their original full complement of matches. The Baroness Alice also collected other ephemeral objects, such as vegetables. Could her devotion to these temporal objects be yet another version of memento mori, a forewarning of fleeting time?

More traditional Rothschild art donors sometimes faced intransigence from France’s civil servants. When Edmond de Rothschild offered his thousands of drawings and engravings, Gallic museum employees fretted about where to put them all. In 1934, the art historian André-Salomon Blum (1881-1963), a friend of Baron Edmond’s, warned that France had already let the Wallace Collection, once safely on French soil, slip through its fingers to the UK where it became a celebrated museum. In 1940, Blum would be rejected as proposed curator of the Rothschild collection of prints and drawings, as a letter from a Louvre administrator reproduced in this new book explains. The official excuse was that his appointment would create bad feeling among museum staff already working in the prints and drawings department.

Bad feeling of an entirely different magnitude would soon be created by the invading Germans who looted all French Jewish art collections, including those of the Rothschild family. “Extreme vigilance by [French] museums” and Allied forces, the art historian Marc Bascou asserts, helped to locate and return the family’s looted possessions after the war. The recovery of many leading masterpieces of their collection, Bascou states, made the Rothschilds ever-more willing to donate art to the French state. Other family members responded to the tragedies of the German Occupation in their own way. Alix de Rothschild echoed the priorities of a 19th century forebear, Alphonse de Rothschild (1827-1905) who had opted to support living artists. Starting in the late 1940s, Alix de Rothschild, who died in 1982 at age 67, was a Lady Bountiful to Israeli artists, notably Avigdor Arikha (1929 – 2010). A Romanian-born concentration camp survivor, Arikha had been wounded defending his kibbutz during the 1948 Arab-Israeli War. Jesekiel David Kirszenbaum (1900–1954), a Polish Jewish student of Klee and Kandinsky whose wife and family were murdered by the Nazis, termed Alix de Rothschild an “angelic benefactor.”

Despite recognizing modern tragedies, some latter-day Rothschilds also managed to recover a certain incongruous sense of wit displayed by earlier collectors of skulls and matchboxes. In his living room, the banker Baron Élie de Rothschild (1917– 2007) placed “Television Assembly” (Ensemble de télévision; 1962) by the French sculptor César. This object consisted of a decrepit TV set on a base made of squashed and fused metal scraps, like something out of “Mad Max” reconceived by Marshall McLuhan. This artwork, now in the Centre Pompidou in Paris, was slyly placed in a corner of a 1960s bourgeois domicile just when the boob tube era began to dominate domestic life in France as everywhere else. Doing so revealed a rapier acumen that must have helped generations of Rothschilds select artworks of lasting quality, accompanying their century-and-a-half of unsurpassed civic generosity.