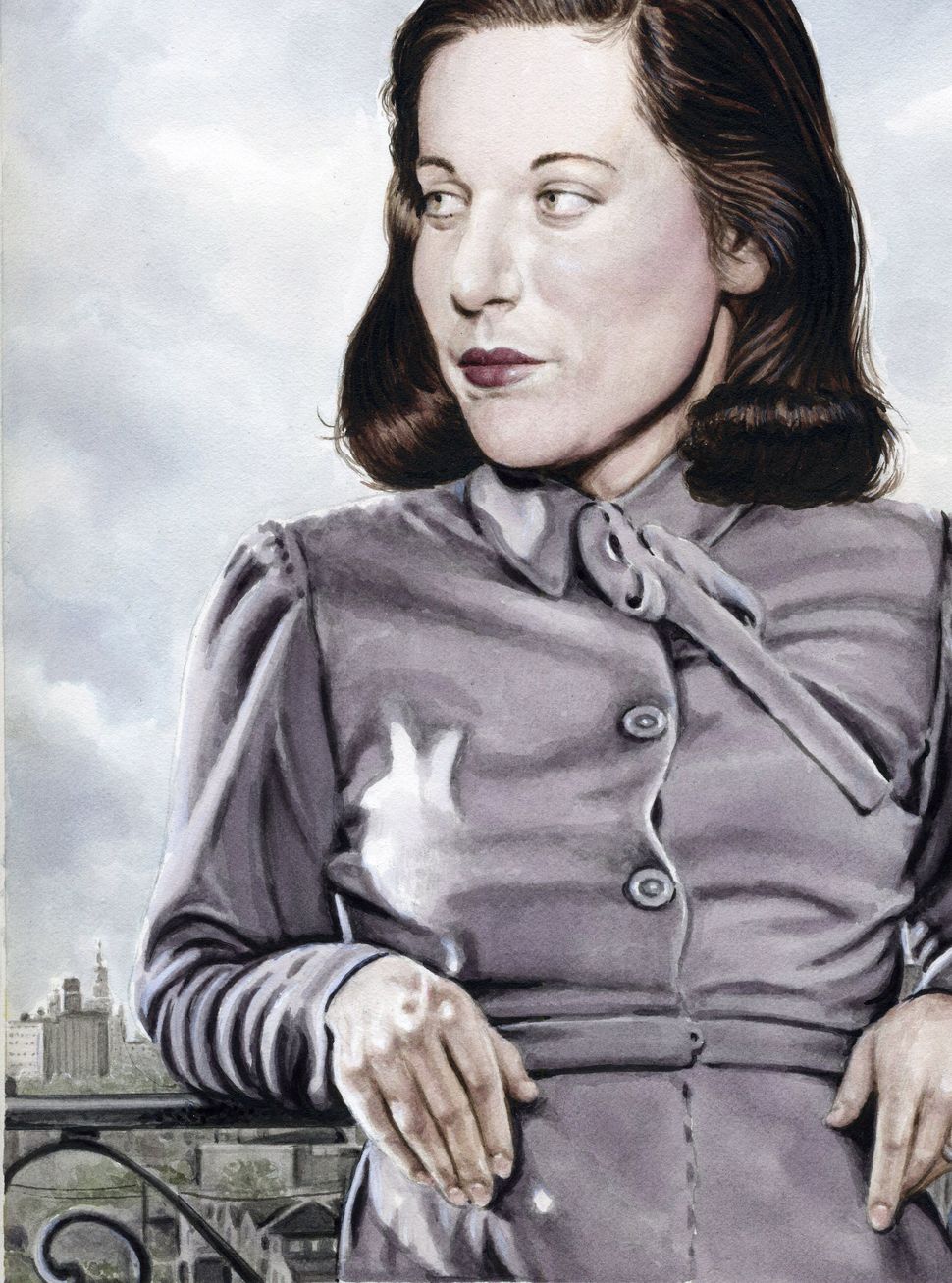 Drew Friedman is obsessed with characters at the margins of memory. In his “Old Jewish Comedians” books, his unsparing pen captured faded figures like Benny Rubin and Menashe Skulnik next to stars like Woody Allen and Jerry Lewis. In 2014’s “Heroes of the Comics,” he presented detailed portraits of early comics creators. Now, in “More Heroes of the Comics,” Friedman honors editors, publishers and artists who are less celebrated — but equally influential in the history of comics. Among them: Bill and Hy Vigoda, brothers of Jewish actor Abe Vigoda.

How did you come across the Vigoda brothers? Did Abe ever get involved in comics?

I drew Abe Vigoda for one of my “Old Jewish Comedians books.” I’d known Abe had a brother, Bill, who worked as an artist for Archie comics for decades. While researching Bill Vigoda online, one of the comics sites said that his wife was named Hy. That didn’t sound right to me, so I did a little more research and discovered that Abe had a second brother named Hy, who also worked in the comic book business in the forties and fifties as a writer.

Are there other Jewish creators you rescued from obscurity in the new book?

One is the notorious publisher Myron Fass [the son of Orthodox Jewish immigrants in Brooklyn]. Fass began his career as an average comic-book artist, but soon moved to editing and publishing. When MAD took off, he created Lunatickle. Fass later published some of the most depraved, mind-warping horror comics ever, not affected by the comic code because they were printed as magazines. I happily scooped them up and collected them as a kid. If my parents had only been paying attention!

What source material inspired you?

Many of the subjects in my book were very obscure, and so not many reference photos existed. In most cases, I knew enough about the comics creator I was depicting that I could capture facial expressions based on that knowledge, and place him or her in the correct environment.

In getting these books together, what did you learn about some of the artists – or about the profession – that surprised you?

A great majority of them simply looked at what they did as a job, like a teacher or a plumber. It was nothing really special to them. They were writing and drawing the adventures of Superman, Batman, the Human Torch, or Captain America, but for the most part, the creators themselves were largely unassuming, not really looking for attention, and not in it for big money.

The role of Jewish artists and editors in creating comics has been celebrated in books and museum exhibitions. How would you characterize their place in history?

Comic books exploded in the late thirties. Soon, hundreds of young and predominantly Jewish artists, writers and editors basically set the standard, the template, and the mythology for the comic book industry for many decades to come. Many of the early creators were poor kids from the Lower East Side and the surrounding boroughs of New York who had a passion for drawing, and dreamed of someday working in syndicated comics like their artistic heroes, including young Jewish kids like future comics legends Jack Kirby, Will Eisner, Jerry Robinson and Bob Kane, all included in my first “Heroes” book.

Your style seems especially warm in this book. What’s your own relationship to these creators?

I worshipped many of them. They were my artistic heroes, then and now. Harvey Kurtzman and some of the MAD artists like Will Elder, Mort Drucker, Al Jaffee and Jack Davis were my childhood gods and remain so. The 96-year-old Al Jaffee has become a good friend. I do feel a great warmness and empathy for most if not all of the people I’ve drawn for the books. Fantagraphics once asked me if we should call the first book “Heroes and Villains of the Comics,” but I felt we shouldn’t necessarily label anyone as a villain, but let people decide for themsel