Even At 93, Father Still Knows Best 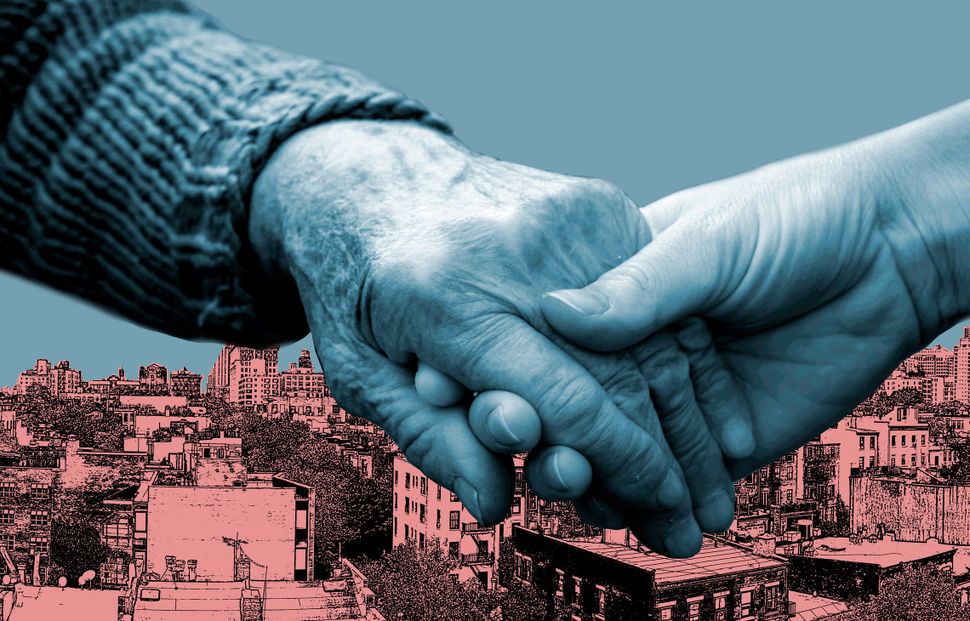 I often say that at my life’s inception lies a great irony or juxtaposition. My mother, although she was 21 years my father’s junior, died (after a brutal struggle with cancer) when she was just 9 days short of her 41st birthday. My father, who was 62 when she passed, will — G-d willing — be 94 at his next birthday in March, and still lives on his own in the apartment I grew up in.

He is legally blind, but is largely in good health. He is mobile, and has his personality, memory, and mind. He can’t walk as far as he once did or carry heavy things, but he remains himself in all the ways that matter most. Single until later in life, he told me that he asked my mother why she would want to marry him, cautioning her that he would be an old man while she would still be a young woman. They were married for 14 years when she died and he was left as a single parent to an 11 year-old girl. Although that’s not what he originally signed up for, he aligned himself entirely around parenting from then on.

Phil Schneider, or “King” (as he was known by nickname in the “old neighborhood”) is a lifelong Brooklynite. He is a World War II veteran, and was a bachelor in the 1950’s and 60’s in the West Village, where he witnessed the Stonewall Rebellion. He served for three years overseas when he was 19 in the North African and then Chinese theater, in the 14th Air Force/Flying Tigers, fighting Japanese forces behind the Japanese lines.

Many of his peers are of course now gone, but he still has friends who he’s known for over 80 years, and with whom he grew up in Brooklyn and gathered at the candy store on the corner of Sterling Place and Rochester Avenue in Crown Heights before the war, and after.

He went to Brooklyn Law School on the GI Bill, and chose it because professions like medicine and finance were less accessible to Jews at that time. He even shocked me recently with a story from the 1930’s, when as a small child, his mother would send him with a bucket and coins to get milk from a cow at the farm that was then near Lincoln Terrace Park.

Phil is progressive and open-minded for a man who was a child before refrigeration existed. He integrates new information and points of view into his world with remarkable ease and flexibility. He has taught me to have wide social networks and stay connected to community. Although not a formal joiner, my father has always maintained not only his childhood friendships, but connections with neighbors and people around him. These days, when weather permits, he gathers daily with a crew of neighbors who call themselves “Phil’s Corner.” They talk about politics, sports and where to get the best hamburger. I believe his mental agility has much to with having maintained these relationships.

I try to maintain a relationship too (we talk at noon-ish every day and again at night, usually after the 11:00 news). Our conversations include reviews of cooking discoveries, the latest national and international news, and gossip about friends and family. We see each other regularly. Early on, when negotiating with my now-wife about closing the geographic gap in our long distance relationship, I knew I couldn’t leave New York. She often says she came here not just to be with me, but also with him. Although my father doesn’t require rigorous caretaking, we are lucky to get to put energy and attention into being with him to help out while he remains in great shape. We take him grocery shopping and to doctor’s appointments, and we have weekend sleepovers at our place and bring him along to parties, on special road trip adventures, and to visits with family and friends.

My wife Kathleen and I have been working on a web site project called philtalks.nyc to make available recordings of his stories in short segments so that we can distribute them online. The Internet is a bit mysterious to Phil — who finds the endless information available through Google a tremendous novelty, and wonders why anyone would want to hear his stories—but we feel that what he has to share is funny and insightful and that his stories provide a window into experiences that are an important and vibrant part of American, Jewish, and New York history.

My relationship with my father has been one of the most powerful forces in shaping my sense of work and family and my place in the world. The value I place on thriftiness, the ways I am stubborn, the places where I organize my life around prioritizing friendships, my loyalty. And – in this phase of life as Kathleen and I prepare to parent, likely through foster care or adoption — I think about how I’ll carry forward both what I imagine will be the fears around my child’s safety that my father held and still holds for me. At the end of our phone conversations, we still tell each other the same thing: “Be careful.”

Dana Jan Schneider is a Brooklyn born-and-bred event planner, grassroots fundraiser, and rabble-rouser for justice. She lives in Canarsie with her wife Kathleen, and their dog Kaylee.

Even At 93, Father Still Knows Best