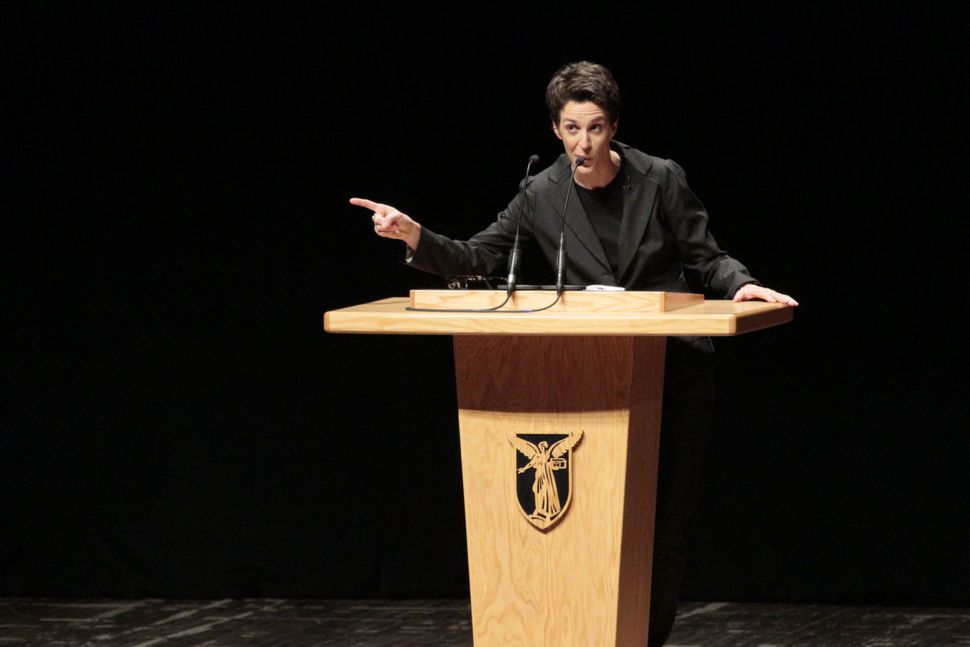 Think you’re hearing a little more Yiddish along with the news of the latest Trump drama? You may not be imagining. Charles Blow used schlepped in the first sentence of his widely shared column “No Trump, We Can’t Just Get Along,” kicking it off with the classic “Donald Trump schlepped across town on Tuesday to meet with the publisher of The New York Times.”

Meanwhile, Chris Matthews of MSNBC used “mishegas” to describe fake news. Not a bad description. Rachel Maddow also slipped in “mishegas” on her show two weeks ago. But even though the times may make non-Jews and Jews alike turn to Yiddish, which excels at describing craziness, Merriam-Webster reports that the most looked-up word so far this year is — drumroll, please — “fascism.” If no other word is looked up more often by December 31st, then “fascism” will be the word of the year.

Meshuga, that’s for sure. (In case you’re wondering, meshuga is in Merriam-Webster, as is its alternate spelling, meshugge, though it’s not that popular: it rates in the bottom 40% of words.) Makes you want to schlep yourself to a bar and forget all the mishegas.

Aviya Kushner is The Forward’s language columnist. She is the author of “The Grammar of God: A Journey into the Words and Worlds of the Bible” (Spiegel & Grau, 2015). Follow her on Twitter @AviyaKushner