Why Trump’s Victory Makes Me Fear For My Family 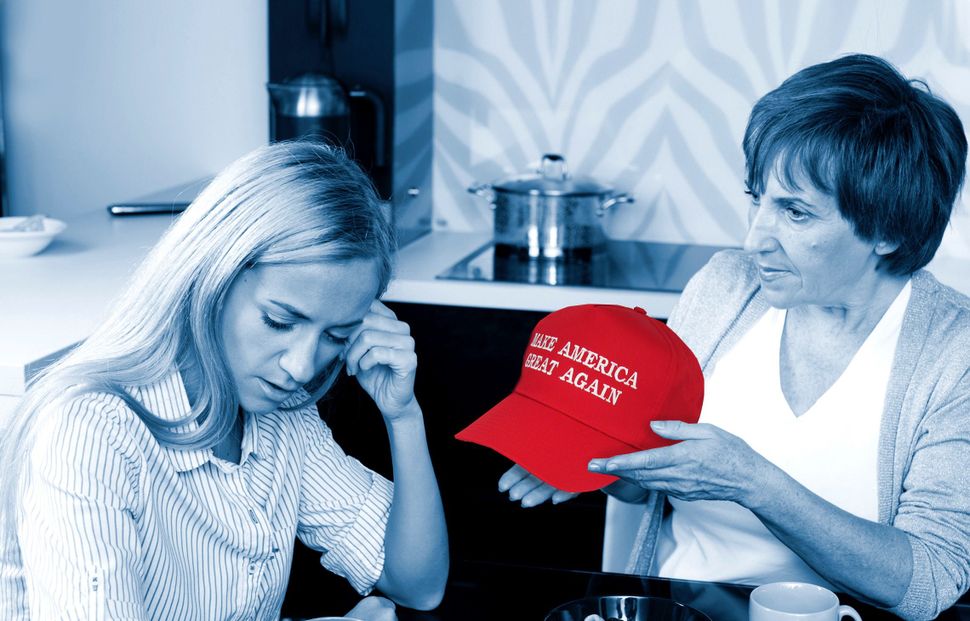 My parents are good people. They made me feel safe while I was growing up; they’ve supported my goals and shared in my greatest joys and pains. They are loyal friends, phenomenal grandparents, philanthropic, well-traveled and well-read. They raised not only me but also my mentally disabled brother. You probably know where I’m going with this. 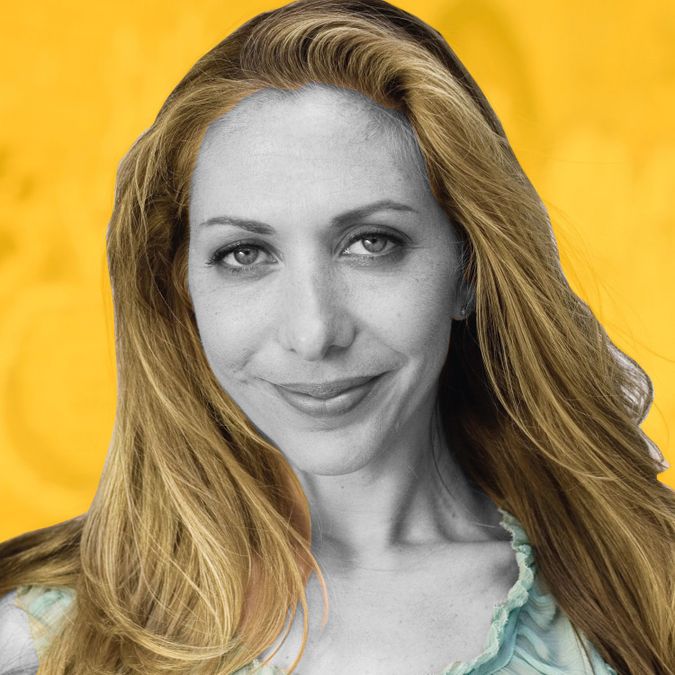 Joanna Hershon is the author of the novel “A Dual Inheritance.” Image by Michael Epstein

They both voted for Trump.

We’ve barely spoken since the election.

The emails fly back and forth between my mother and me (my father doesn’t communicate over email; he’s old-school like that) and though I try to remain calm in the face of the emails, rife with well-researched right-wing positions, I usually devolve into yelling or tears, and end up writing or saying the same thing: How could you?

It’s not as if their votes for Trump (not in a swing state, thank God) were a huge shock, but I’d held onto some pathetic hope that they hadn’t fully crossed over. My father didn’t reveal his vote in the last two elections, but I know that my mother — after agonizing — voted for Obama. I wasn’t raised in a Republican household. My parents’ migration to the right seemed to take on real fervor in the post-9/11 Neo-Con heyday. They’re both passionate Zionists, active in AIPAC. Their love of Israel is matched by an equal fear of Muslim extremism. When I’ve expressed that I, too, love Israel, and I, too, fear Muslim extremism (as well as every other kind of extremism), they seem to look at me askance. As if I couldn’t possibly understand what is at stake.

About a decade or so ago, it became too explosive and upsetting whenever my husband and I touched on politics with my parents, and I finally declared ours a political discussion-free relationship. I argued that no one was getting any younger, that we had to preserve our bond and — perhaps most important — our children’s bond with my parents. There was no room for screaming fights anymore. No leaving restaurants. No driving away. None of us had the stomach for it anymore.

During the lead-up to this election, the political elephant tromped around the room whenever we were together. I thought it could be contained, especially because we certainly had good reason to believe that Hilary would win. The Donald would live on for many of us, as a reminder that xenophobia is alive and well in the USA, but also that Alec Baldwin is a comic genius.

The morning after Election Day, I snapped. I sent the first of many emails. Where we live in Brooklyn, people are actively mourning; it’s as if there had been a death in everyone’s family on November 8.

In the days since the election we’ve heard about the uneducated bigots, the misogynists and xenophobes— “the deplorables.” These are fellow citizens; they voted and were counted.

Coming together and railing about ignorance and hatred is a natural way to blow off steam, to denounce bigotry and commune as like-minded individuals in the quest between good and evil. It’s not that I don’t want to participate in these dialogues and peaceful protests; I have, and heartily, but I’m left with a racing heart, a private despondency and incredulity (my parents!). My parents are hardly deplorable. I love them. And yet, I cannot reconcile their reasoning.

Have I mentioned we are Jewish? Have I mentioned that my mother speaks about Jewish values with passionate and sacred belief? I was raised to understand the importance of social equality; the Holocaust offered us a lens through which to see the world.

I hear American Jews like my parents reassure themselves that someone like Steve Bannon isn’t an anti-Semite (Alan Dershowitz says so!) and I fear this segment of American Jews is gravely missing the point. How on earth, I wonder, does being “pro-Israel” excuse this new kind of anti-Semitism, this alignment with an “alt-right” culture? Their candidate has risen to power celebrating anti-immigrant, misogynist, anti-LGBTQ, anti-Muslim and, yes, anti-Semitic rhetoric. How can this be excused?

My mother has sent me article after article about anti-Semitism in leftist circles, anti-Semitism on college campuses. I believe these are serious problems. But what will my parents have left of their Jewish values if they identify with those on the far right, whose positions they downplay or even excuse in the name of support for Israel?

Trump and his team used tactics straight from the Führer’s playbook, and I don’t see how anyone — Jew or otherwise — can be remotely comfortable with that. In the wake of Trump’s victory, and the legitimization of this “alt right,” I fear for the safety of the most vulnerable members of our society. I fear for the future of our planet and I fear the irresponsibility of climate change deniers; I fear for the loss of Jewish fellowship.

I fear for my family.

Joanna Hershon is the author of the novel “A Dual Inheritance.”

Visit Writing Trump’s America to see what writers and artists have to say, as they contribute throughout December.

Why Trump’s Victory Makes Me Fear For My Family