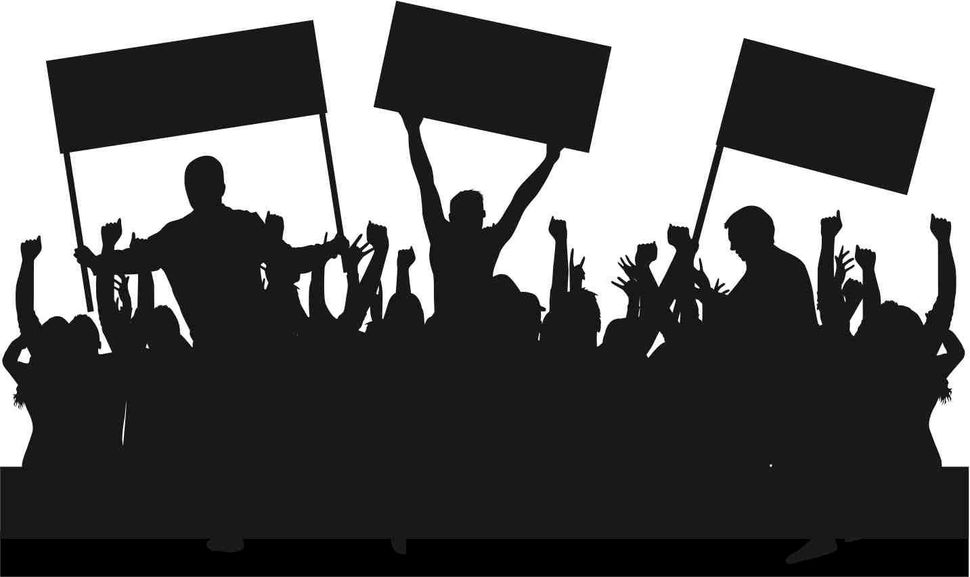 My fellow Jews! Our existence in America has never been in greater peril. Anti-Semitic clouds gather over the land like never before. Whether or not you are fervently Zionist, skeptically Zionist, Zi-curious, believe in a two-state solution, a seven-percent solution, a saline solution, anything but a final solution, really, you must protest the neo-Nazi menace! That is why I call upon you to join me in D.C. for the Million Jew March. The National Mall can, after all, fit a million Jews, 750,000 comfortably. In this, our hour of greatest need, we must gather in one place where everyone can see how attractive we truly are. It will be a stroll and schmooze for our right to exist as a people.

Keep in mind that the Million Jew March will not take place in January or February. Those are pretty busy for me because the kids have debate tournaments and my mother is coming to visit. Certainly summer is out, because Washington is a sewer in July.

I think mid-April or early May would be best, when the cherry blossoms are in bloom and the museums all have new exhibitions. We could take the Acela down, or carpool with Murray, and leave after sundown on Saturday.

So then let’s see a show of hands. Who will bring snacks? I’m good for a fruit platter and I can pick up a pallet of water bottles at Costco. If I were you, I’d save the bagels and lox until later in the weekend because that can get messy, but maybe a deli tray would work if you carried it in a cooler bag. We will need protein for our march, fellow Jews! Bring nuts and chocolate, and maybe a few Kind Bars.

Fellow Jews! Whether you are a Republican, a Democrat, a Republicrat, a member of the soft left, the hard left, or the soggy center, we have to stand against this historical threat to our personhood, to our heritage, to our culture, to our mutual funds, and to everything else that we hold dear. March with me! Wear a decent pair of shoes because we will be outside for a while. The march will begin 30-45 minutes after the conclusion of lunch.

We must unite and overcome our differences to fight a common enemy, the most common enemy we’ve ever fought! You might want to consider bringing a folding chair, maybe the one you use for the summer concert series. And definitely a nice bottle of wine for the evening, some crackers and good cheese, something to read. We will have many speakers like Leon Wieseltier and Terry Weaselton, as well as amusing comedians and seven distinguished professors. There will be tasteful music, mostly classical and some Sinatra. Bob Dylan will say he’ll appear but then will cryptically bail at the last second. The whole program will be broadcast live on NPR’s Weekend Edition.

My fellow members of the Diaspora, we will walk anywhere between a mile and a half and five miles, at a reasonable pace, good for chatting and catching up with old friends. So tell your temple sisterhood and brotherhood, bring the kids or maybe get a sitter. We will all stand together, unless we need to take a little break! And when it’s over, we can go and grab a nice coffee.

Neal Pollack is the author of “Never Mind the Pollacks” and “The Neal Pollack Anthology of American Literature.”