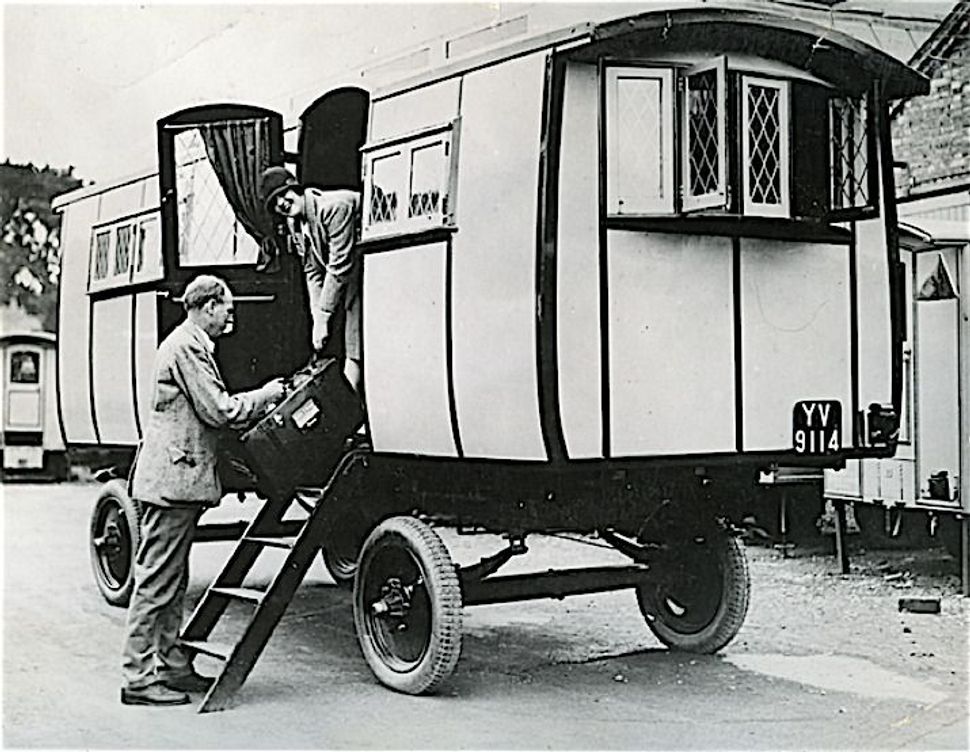 Many of us remember what the elections were like on Manhattan’s Lower East Side two years ago, when Meyer London, socialist, Jew and immigrant, was elected to represent us in Congress. The men and women of the neighborhood stayed up all night awaiting the election returns, and cried with joy when it became clear that their Meyer London, born in Poltava, Ukraine, had won a majority of the votes to represent the 12th Congressional District. Those who have been to political conventions or mass meetings where participants have gone wild with enthusiasm, screaming, singing and clapping, had never seen anything like the scene last Saturday night, when Meyer London was brought through the packed streets of the Lower East Side by automobile. His car crawled slowly through the massive, cheering crowds. There is no doubt that London will be re-elected in this district.

“I am absolutely convinced,” journalist Dorothy Thompson wrote in a recent issue of Look magazine, “that Charles Lindbergh is pro-Nazi; that Lindbergh hates our current democratic system; that Lindbergh is trying to change our orientation and to become the one person who alone can save America. Lindbergh intends on becoming president of the United States with a new party organized similarly to the Nazis.” Thompson also noted that Lindbergh’s attitudes appeal to the basest instincts of the public. “It’s clear,” she wrote, “to anyone who has seen how a demagogue works… I recognized Lindbergh from his first speech. I knew then that in a few months, he would come out with an antisemitic speech…. He will scream that we are in danger and his main purpose will be to create fear and terror — not fear of Hitler, but fear of other Americans. You’ll see that he will warn of a Jewish plot against our civilization.”

The ruling Christian Democratic Party of West Germany has chosen Kurt Georg Klesinger, a representative from the small town of Baden-Wurttemberg, as the country’s new chancellor. As news of this appointment broke, it became known that Klesinger was a Nazi Party member in 1933, although he claims to have left the party a year later. The U.S. State Department refused to comment on the fact that the new West German chancellor is a former Nazi. Privately, however, State Department officials wondered if Klesinger could, with such a stain on his past, be an acceptable leader for a democratic West Germany. Kipinger does not deny joining the party — along with many other young Germans — in 1933, but he said that he found the Nazis “disappointing.” Meanwhile, it is not yet clear if he will be sworn in, as the opposition parties have not yet responded to the appointment.