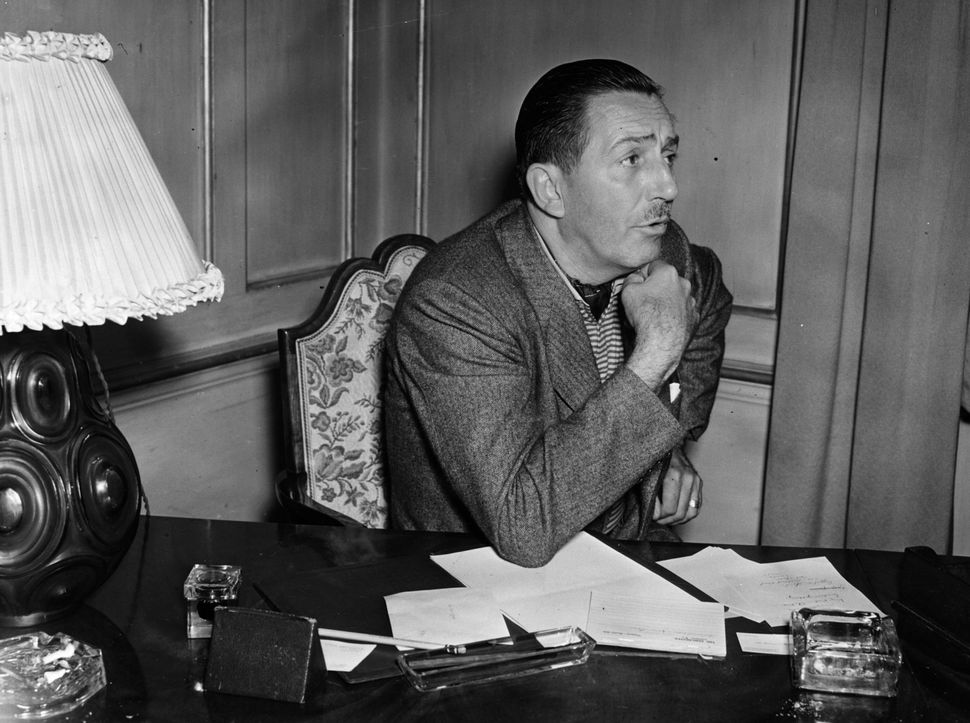 In Laurie Gwen Shapiro’s interview with Sam Adams, a former Hollywood errand boy-turned-dealmaker, Adams turns to Shapiro and asks her if he ever told her about the time that he saw Walt Disney nearly vomit. She asks him to elaborate and, well, here’s the rest of the story:

“One day when I was at the Hollywood Reporter, [Walt] Disney held a press conference to demonstrate 360-degree motion projection. Surprisingly few reporters showed up besides myself, just my counterparts at Variety and Film Daily. The three of us were brought in a room with Walt Disney himself, who said that he would lead us to where we would experience this amazing new thing. We followed Walt and then had to get on hands and knees to crawl in the prototype with a ridiculously low ceiling. We stood up in the middle of a set-up with a mounted camera, sort of like an early prototype of today’s virtual reality. It took me a minute to realize we were “in” an automobile driving through Beverly Hills. It was a little too real, frankly. All of us started losing balance and grabbing each other. Then we had arms around each other. Disney leans over to me and says, “Jesus, I may vomit!”