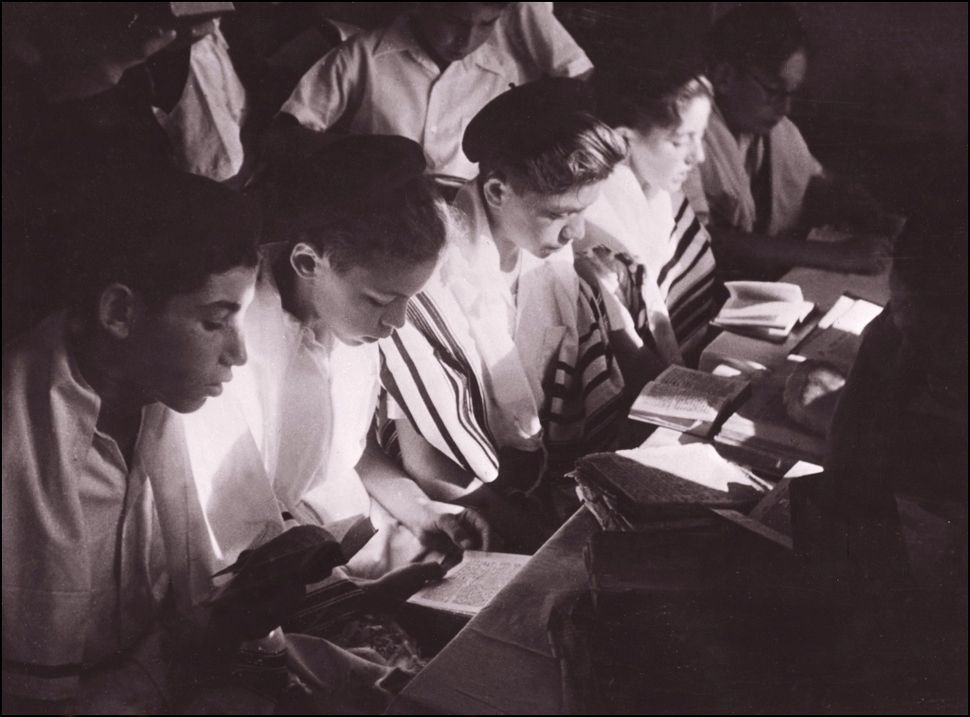 In contemplating the current political climate, some of us may turn inward, others may turn to drink and still others to prayer, beseeching the Almighty to “plant among the peoples of different nationalities and faiths who dwell here, love and brotherhood, peace and friendship.”

These 18 words appear in “Prayer for Our Country,” which dates back to the 1920s, when Louis Ginzberg, longtime professor of Talmud and Rabbinics at the Jewish Theological Seminary, composed it; the text first saw the light of day in the Conservative movement’s Festival Prayer Book of 1927.

While the wording might be new, the practice of publicly reciting a prayer on behalf of the powers- that-be stretched as far back in time as antiquity. By the mid-17th century it had become a liturgical norm known as Hanoten Teshua (“He who gives salvation unto kings and dominion unto princes.”) Drawing on an onslaught of verbs — “bless, guard, protect, help, exalt, magnify and raise upward” — the prayer called on God to protect the sovereign, be he monarch, czar or prince, and to inspire him to look kindly on his loyal subjects, the Jews.

That ritual gesture continued in North America, where, in the years preceding the American Revolution, the Jewish residents of the Thirteen Colonies saluted “our Sovereign Lord King George the Second, his Royal Highness, George, Prince of Wales, the Princess Dowager of Wales, the Duke, the Princesses, and all the Royal Family.”

That would soon change. As Jonathan Sarna and Barry Schwartz have vividly and amply documented, the Jews of the United States adjusted the traditional prayer to reflect the profoundly new circumstances in which they soon found themselves. Once power was vested in the people and in democratic institutions, the old formula would no longer do. In the wake of the revolution, America’s Jews came to bless the office rather than the person who held it.

The object of their entreaty was not the only aspect of the prayer that changed, underscoring America’s distinctiveness. So, too, had its tone, its emotional register. In the Old World, where the Jews lived on sufferance, on the margins, the prayer for the government was an exercise in supplication, a form of special pleading. In the New World, where the Jews had rights rather than privileges, where they figured as members-in-full of the body politic, the prayer for the government, Sarna writes, “emphasized the vulnerability of political leaders and their consequent need for divine guidance,” not the vulnerability of the Jews.

Over the years, as circumstances warranted, the American Jewish community continued either to augment or to reconstruct the prayer for the government. In the 1820s, for instance, the younger, more reform-minded Jews of Charleston, South Carolina, devised a prayer that called on the “lights of science and civilization… [to] defend them on every side from the subtle hypocrite and open adversary.” During the Civil War, Sabato Morais, minister of Philadelphia’s Congregation Mikveh Israel, inserted the words “may our Union be preserved and its defenders be shielded from danger,” into the traditional text. Decades later, at the turn of the 20th century, another Philadelphia rabbi, Joseph Krauskopf, followed suit by exhorting his congregants to pay heed to the “voice of discontent [that] is not yet hushed in our land.” And a few years after that, drawing on both ample precedent and cultural anxiety, Professor Ginzberg devised an entirely new prayer for the country’s welfare.

At a time of rapid technological change as well as rising anti-Semitism, Ginzberg’s composition held out the hope that “citizens of all races and creeds forge a common bond in true harmony to banish all hatred and bigotry.” Amen to that, I say. Nearly 90 years later, these words — the blueprint for a civil society — continue to ring true.