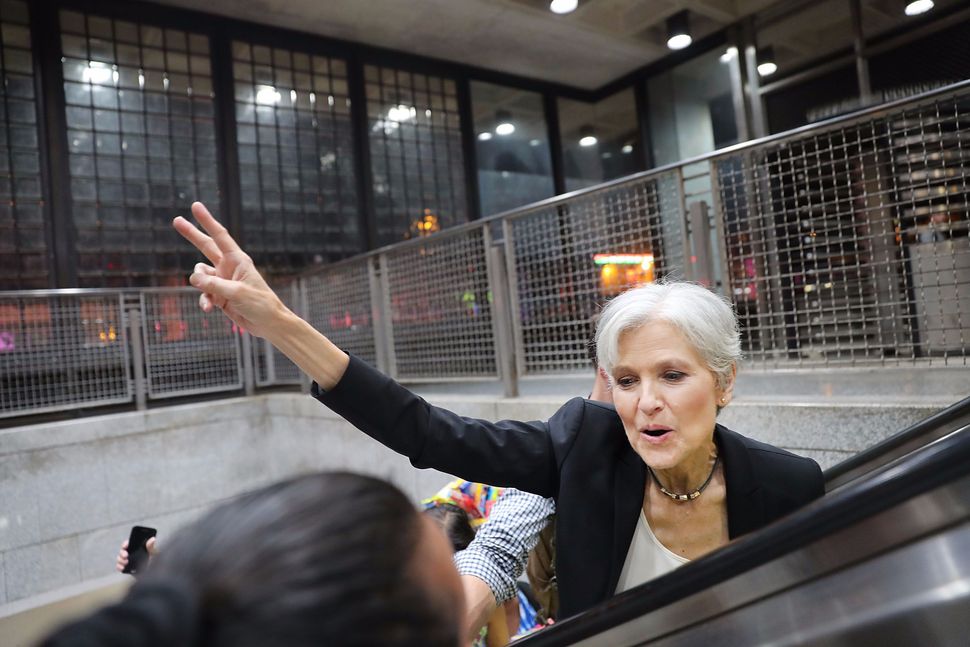 Well, in perhaps the least surprising news of the week, Jill Stein’s recount has come to an inconsequential end. You may remember that back in November, Stein and the Green Party filed for election recounts in three states: Wisconsin, Michigan, and Pennsylvania. Of the three, only Wisconsin actually ended up conducting a recount. The results? 131 more votes for Donald Trump – quite the scandal. Here’s one way of looking at it: In order to file the recounts, Stein launched a grassroots fundraising campaign that yielded over $7 million dollars, which amounts to roughly $53,435 per uncounted or miscounted vote.

In Michigan, the recount was started, but never completed. The recount was halted last week when U.S. District Judge Mark Goldsmith determined in the Michigan Court of Appeals that because Stein was not an “aggrieved party,” that is, because she never stood a chance at winning the state, she did not have standing to file the recount in the first place. Judge Goldsmith wrote that instead of presenting evidence of “tampering or mistake,” Stein and the Green Party merely presented “speculative claims,” which, apparently, are not enough to justify an expensive recount process.

Yesterday, U.S. District Judge Paul Diamond in Pennsylvania rejected Stein’s recount bid on similar grounds to those cited by Judge Goldsmith, but his opinion went even further in denouncing Stein and the merits of the bid. In his 31-page decision, Judge Diamond wrote that, instead of ensuring that each vote counts, the unexplained last minute timing of Stein’s filing “could well ensure that no Pennsylvania vote counts” due to the December 13th federal deadline to resolve election disputes.

As Mark Dent at Billy Penn reports, Stein’s team did not respond to the defendant’s arguments that she lacked standing to file the recount, despite Stein herself being present at the hearing. Stein also declined to challenge the $1 million bond imposed by the Pennsylvania Commonwealth Court on the initial filing, even though the court “told Stein’s side it would modify the bond amount with good cause.” It seems somehow fitting that her fundraising campaign, which was conspicuously lacking in specifics, should fund a suit that is conspicuously lacking in determination.

In perhaps the best line from Judge Diamond’s decision, he states that Stein’s recount efforts, lacking any evidence of tampering or hacking, “borders on the irrational.” The irrational, or its borders, are familiar territory for Stein, whose stated policy positions received a brutal take-down from the Daily Kos during the election.

Stein stated today that she expects to have money left over from the recount, and has asked donors to complete a survey about where they would like the to be money donated. It unfortunately looks like we’re going to have to keep waiting for that Somebody’s Sister reunion album. In the meantime, perhaps we could focus on the real, terrifying hacking scandal at hand.