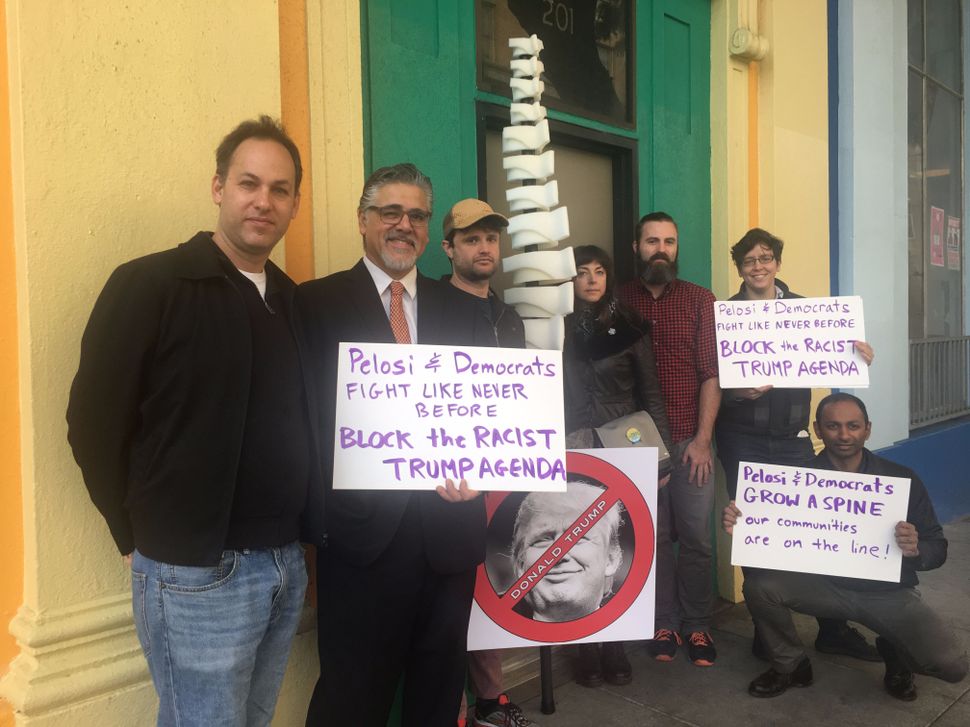 Perhaps even more disheartening than the prospect of a Trump-induced apocalypse is the reaction of the Democratic party as it stampedes towards that Apocalypse, in what often looks like a desperate race to see who can capitulate first and farthest to the new regime. Americans are being asked to “reunite a divided country,” “end the hate,” and look forward to at least 4 years of “working together” with President-elect Trump and his cabinet.

Meanwhile, Jews know that working together just means “collaboration,” and we know from bitter collective experience exactly where collaboration leads. Which is why this particular panicking Jew was thrilled to see that a group of San Franciscans (activists, concerned citizens, and an elected official, SF Supervisor John Avalos) have stepped forward to provide House Speaker Nancy Pelosi with what she and her party will need most in the weeks and months to come: a giant backbone.

They brought the spine — six feet tall and lovingly sculpted from piping, foam and desperation — to the office of the San Francisco Federal Building at 9 in the morning yesterday. 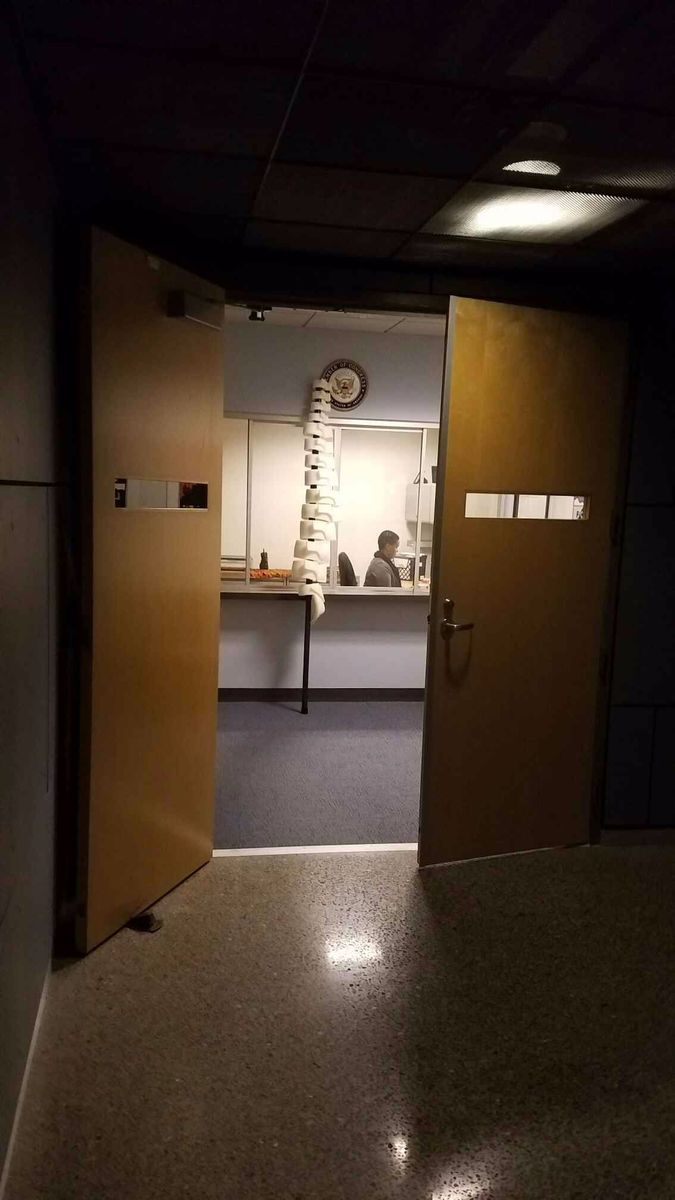 A spine for Congresswoman Nancy Pelosi? Image by Jane Martin

Jewish San Francisco stand-up comic Nato Green, an activist and labor organizer who participated in the planning and delivery of the spine, explained his concerns about Pelosi. “I’m glad she seems to be moving towards calling for a delay of the electoral vote until the electors can be briefed on the intelligence from Russia, but there seems to no indication that Pelosi is prepared to lead the Democrats in their resistance as Ryan was in his resistance to Obama. But that’s what is called for right now… In the ‘Hunger Games,’ we all root for Katniss, not District 2.”

Green also dismissed the call for collaboration. “Build bridges with the same people calling for internment camps of Muslims? No thank you.”

(Update, Green confirms that Pelosi has indeed received the spine. Whether she will use it remains open to question).