Lupe Fiasco Drops an Anti-Semitic Track — Then Makes It Worse 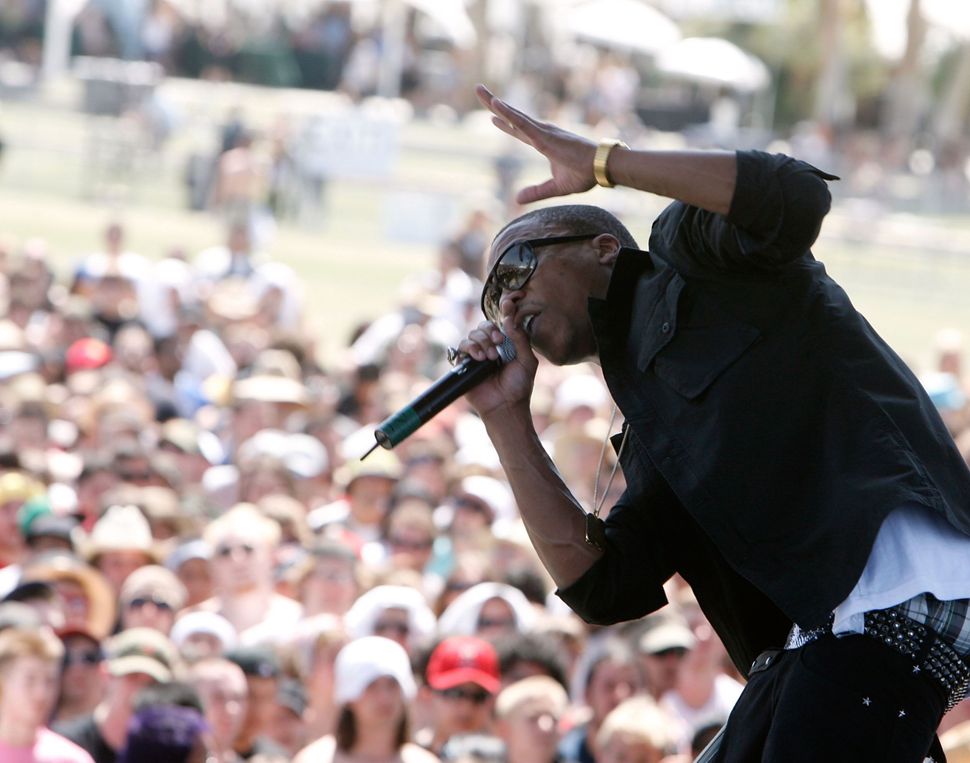 Chicago native Lupe Fiasco, who has been called “one of the greatest MCs to ever grace the mic,” is facing controversy over the anti-Semitic lyrics in his recently released track “N.E.R.D.” a low-tech freestyle over J. Cole’s “Everybody Dies.” The track, whose sole purpose seems to be to indulge in some standard, if justified, hip-hop kvetching about other artists and record company executives, and was immediately popular upon its release, features this bombshell lyric: “Artists getting robbed for their publishing by dirty Jewish execs who think it’s alms from the covenant.”

The lyric apparently references Lupe Fiasco unhappiness during his time with his former label Atlantic Records and more specifically with Lyor Cohen, the Jewish veteran record executive who oversaw Fiasco’s stint at Atlantic. Fiasco claimed to have dealt with creative control issues, album delays and bad publishing splits. Fiasco’s woes are well documented but don’t excuse his lyrics. Why Jewish execs in the plural? Why is the Jewishness of the executive even mentioned at all? How could he be blind to the hurtfulness of pairing the words “dirty” and “Jew”? And most egregiously, what is up with the “alms from the covenant” line? What does that even mean?

Fiasco denied accusations of anti-Semitism in a series of tweets, where he stated: “I’ve walked inside the ovens of Auschwitz” (come again?) and “I’ve studied the Hebrew Bible” (um….yeah, so did 2000 years of Jew-hating Christian theologians). In a statement radiant with an incredibly ironic lack of self-awareness, Fiasco even argued that many of his friends are Jews. After arguing at some length on Twitter with those attacking him, he tweeted: “I get the hint, God. Yo Lupe fans it’s been fun, and I hope you’ve had fun. I’m officially not releasing any more music. Albums canceled.” Falling again into a classic anti-Semitic defense, he also said he was “getting beat up for telling the truth.”

The star, whose hits include “Daydreaming” and “Superstar,” previously claimed that he was retiring in 2012. He also quit Twitter in 2015 before returning. He was set to release three albums — “Drogas,” “Drogas Light” and “Skulls” — this year before announcing a delay and now apparently canceling them all.

On Tuesday Jonathan Greenblatt of the Anti-Defamation League took it up with Fiasco on Twitter, tweeting “Hey @LupeFiasco You have a stage to promote inclusivity. So why promote hurtful #antiSemitic stereotypes?” This initiated a lengthy back and forth between them. As of Wednesday afternoon, Fiasco was still arguing about the lyrics on Twitter, even taking to insulting African American record executives to prove the purity of his intentions. When a user challenged him that there were also “evil and vile non-Jewish executives,” Fiasco retorted, “You mean those dirty ass black execs who only sign female artists to f—k them in the microphone booth?”

Fiasco’s rejoinder fails both to honor the difference between the lesser evil of making insulting generalizations about members of your own tribe and that of another and to recognize the painful historical resonances of the phrase “dirty Jew.” In Fiasco’s defense, he has a clear record of opposition to racism and can even point to a piece of Lupe Fiasco merch featuring a crossed-out swastika and a picture of Hitler with “Death To Racism” scrawled over his visage. It seems clear that Lupe Fiasco is not an anti-Semite. The question remains: were the lyrics anti-Semitic, and should Fiasco shift from a posture of self-defense to one of taking responsibility and fixing it?

Fiasco is a brilliant, if volatile, artist whose songs marry vivid existentiality, psychological insight, and multi-leveled double entendres with scathing political commentary and attacks on misogyny, racism, and classism. Fiasco is arguably one of the greatest living American poets. His fall into anti-Semitic seething in his last song is tragic. Don’t drop the music, Lupe, drop the ego. Instead of taking refuge in Trumpian defensiveness, do some soul searching, admit your mistake, apologize, and then pick up the mike and deliver us that trilogy.

Lupe Fiasco Drops an Anti-Semitic Track — Then Makes It Worse