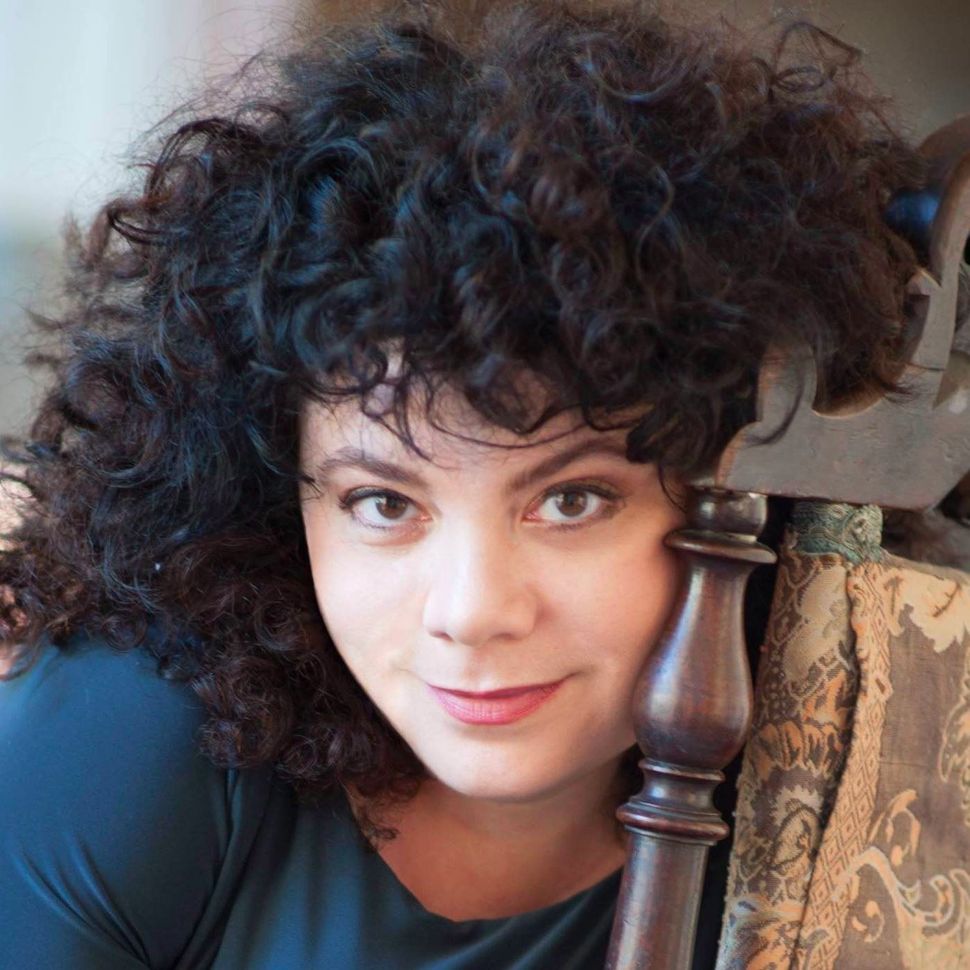 Image by Photograph by Nathan Smith

The art world has always been a bastion of globalism, with artists constantly borrowing from one another to create new, previously inconceivable works. In our increasingly anti-globalist, anti-immigrant time, it is important to remember that many of the artistic works that we hold dear would not have been possible without centuries of cultural exchange.

Few people know about the art world’s multicultural debt more than Jessica Gould, the Artistic Director and Founder of Salon/Sanctuary Concerts. Salon/Sanctuary is a concert series that presents “early music in intimate venues which complement both the acoustic and the historical context of the repertoire” in order to “encourage understanding among people of different faiths.” I recently spoke with Ms. Gould over the phone about Salon/Sanctuary Concerts’ 2016-2017 season, “On the Margins,” which explores the musical and historical world of exile. Our discussion focused primarily on the next installment in the series, “Of Meistersingers and Mizmorim: The Wandering Troubador, The Origins of Klezmer, and the Medieval Roots of Wagnerian Fantasy.”

[This interview has been edited and condensed for clarity]

I’d like to find out more about the historical aspect of the concert. The connection between Wagner and Klezmer, I think, for most people, myself included, seems pretty strange – Wagner of course being a notorious anti-Semite.

It’s not a connection that most people would make, certainly, which is one of the reasons why I did this. Most of my motivation when programming is to draw attention to less explored avenues of music history — to use music as a window on history. This program doesn’t say that there is a parallel between Wagner and the origins of Klezmer (which are in the Middle Ages). Rather, it points out the flaw in the Wagnerian mythology, that there was somehow a racial purity in the Middle Ages — an idea cherished by the Nazi party in the 30s. In reality, it was anything but “pure.” It was a mishmash throughout Europe — there were wandering troubadours from France, Yiddish civilization was spread far and wide, Poland became a refuge for many victims of expulsions throughout Europe.

Poland has certainly changed quite a bit since then, especially in terms of their acceptance of refugees and their Jewish population.

The idea that we have of the horrible oppressed shtetl, from which everybody escaped and to which many American Jews trace their origins, is actually a reality of the last 300 years. Before that, the Jewish population was well taken care of in Poland and had a thriving culture that was widely disseminated throughout Europe. So, in major trading centers you had a number of troubadours and Jewish musicians. In their music, which was almost never written down, we’re able to recognize some traditional chants that have survived in certain folk traditions in various areas in Europe. So it was much more of a melting pot than the impression that the Wagnerian operas give to us. I found it fascinating that out of this source, this multi-faceted multi-religious reality, came two completely opposed cultural artifacts: Klezmer on the one hand, and an entire mythology dedicated to Teutonic racial purity on the other.

So you’re not trying to draw any musical equivalencies between Wagner and Klezmer.

No, not at all. I’m interested in the perspective one can have on the historical reality, not the (absent) similarities between the music. Wagner’s music is both a 19th century recreation of a fantasy world, and a rebellion against industrialization. There was Wagner, but there were also the Pre-Raphaelites in England, the neo-Gothic trend in architecture, all these forms of fabricated nostalgia for something that in almost every case had nothing to do with what was really going on.

I think it’s important in Wagner’s case that the vast majority of his operas take place in a totally mythological past, without any reference to a specific place or time.

Yes, Wagner’s operas, if you look at them in a meta-historical way, were tools of propaganda to reinforce nationalism. Propaganda, of course, relies on myth, and myths are by definition not true. Saying America is a white Christian country, that’s another myth. What I’m saying with this concert is that the historical past that the Wagnerian operas mythologized was pretty much the opposite of reality.

Your focus is on exile music from around the world. Have you identified any common threads between the different exile musics.

Common threads in terms of how exile is manifested in musical creation, and the compositions?

On the one hand yes, the compositions, on the other hand, how the music was received, how the musicians were received, and the commonalities in the hybridization of the host country’s music.

It’s an interesting question. No concert in the series explores this as much as “From Ghetto to Cappella” which will be performed in partnership with the La Serenissima Festival of Carnegie Hall in February. That concert focuses in on a time when a wall was built to separate Jews from Christians. The wall, of course, had the opposite of its intended effect. It resulted in this great hybridization because what walls usually do is to inspire curiosity rather than stifle it. If something is forbidden, people get curious; they don’t forget. These ghetto walls in Italy resulted in Catholic music that had fascinating elements of Jewish and Islamic chant because, in Venice in particular, everyone was on top of each other — it was another melting pot, much like New York. And, then there’s the interesting case of John Dowland, who was exiled from Queen Elizabeth’s court because of his Catholicism. After his expulsion, Dowland became this wandering musician, finding acceptance in Scandinavian courts and many other places to which he never fully belonged. You can hear it in his music — it’s a music of great melancholy. I think that it wouldn’t be inaccurate to say that his own personal experience, in part, infused that sense of melancholy into his music — that it came from his own wanderings, of his own sense of a lack of being an outsider.

I think you can hear something similar in Klezmer. It not only has a sense of melancholy but also this frenetic energy to it, and I wonder if you could also see a similar analogue between Klezmer and the idea of the “Wandering Jew.”

Well, you can in the sense that it’s derived from folk music and from forms of music that are improvisational. Improvisation is something that can be done on the run unlike the ossified, well what some people would feel is ossified, tradition of western classical concert culture. What’s so interesting to practitioners of early music is this very sense of improvisation or sprezzatura, the Italian term for pulling something off that’s incredibly difficult without appearing to break a sweat. This thing you can do when you’re running around becomes part of the dominant culture, part of the high baroque culture that we know today. It’s interesting to apply that concept to Klezmer music as well — a clarinet player in a Klezmer band is a great virtuoso. Klezmer musicians are playing music that derives from folk music, from chants and from niggunim, of which we have very tenuous documentation.

You touched upon the reputation of Western classical as being ossified — it seems like so much of what Salon/Sanctuary does is to take old repertoire, very old repertoire, and to recontexualize it, to put it in a new light.

I think that finding new ways to present old music is the key to keeping old music alive. Once it becomes ossified in a culture that is identified as elitist and exclusionary, it’s already lost most of the population that might hear it.

“Of Meistersingers and Mizmorim: The Wandering Troubador, The Origins of Klezmer, and the Medieval Roots of Wagnerian Fantasy” can be seen on Thursday, January 12th at 8:00pm at The Sanctuary of Brotherhood Synagogue on 28 Gramercy Park South.

The concert will feature the following musicians: