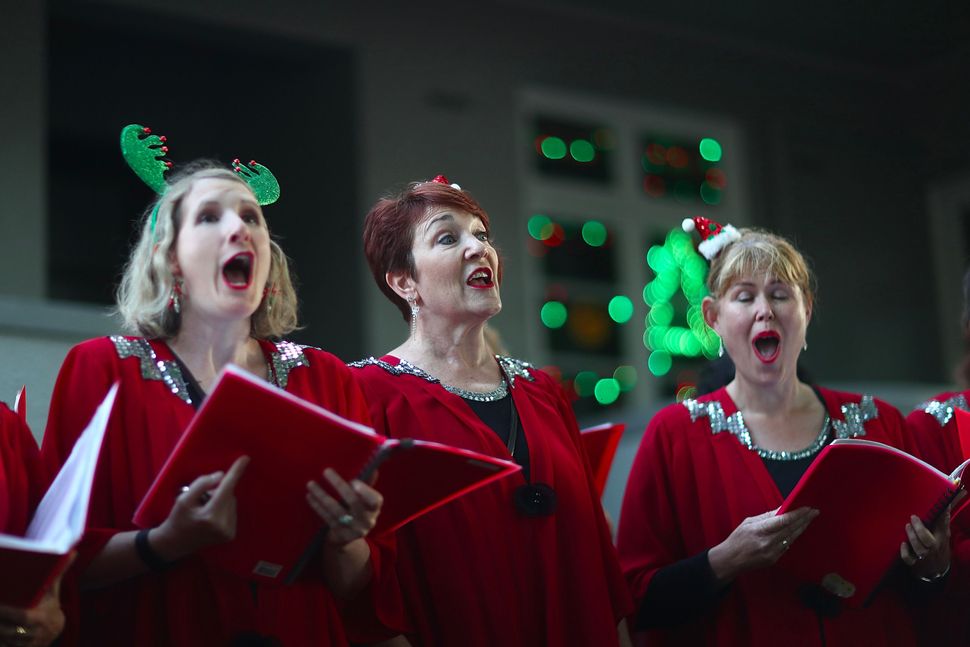 In the wake of the November election, the discussion of “fake news” has taken an outsized role in our political discourse, with both the political Left and Right misusing and abusing the term. There is one instance of “fake news” hysteria that I think is particularly telling, but before we get to that, a little complaint and clarification on the terminology: The phrase “fake news” is itself misleading — what we really mean when we say fake news is false news. Stories like this one are fake news — stories that do not really qualify as news because they’re either inane or irrelevant. Stories like this one (or pretty much anything promoted by Alex Jones) are false news — that is, they are complete fabrications.

The story in question is the report that a Jewish family fled their home in Lancaster, Pennsylvania because they had allegedly caused a local school to cancel its annual production of “A Christmas Carol.” The story first gained traction when Todd Starnes, Fox News pundit and frontline fighter for the defense in the “War on Christmas” (itself a false, and fake, news story), published a piece asserting that the show was cancelled because of complaints by one family about the line “God bless us, every one.” Although Tom Kramer, the principal of the school in question, flatly denied the allegation (the real reason the show was cancelled is because rehearsals were eating away at academic time), Starnes dismissed his response and proceeded to shoehorn the cancellation of a 5th grade play in a sparsely populated school district into his War on Christmas narrative: “This year, I’m afraid Tiny Tim’s goose has been cooked by the Ghost of Christmas Intolerance,” he writes. (I’d say “you can’t make this stuff up,” but it’s so ubiquitous that you really don’t need to.)

What we have with the Starnes story is an example of “fake news” (who, beyond the 5th graders and their parents, cares about this cancellation?) turning into false news as well. Starnes took a non-issue, blew it up, and then made false accusations. Of course, this would just be the ravings of another War on Christmas truther if not for the fact that the story was then further distorted by people on the other side of the political spectrum.

After Starne’s piece was picked up by Breitbart, LancasterOnline, a local Lancaster publication, ran an article stating that a “Jewish family has fled the county in fear because it’s being blamed for the cancellation.” Publications like Slate, Mediamatters, Daily Kos, and yes, The Forward, ran with the LancasterOnline story with headlines like the one that appeared on Slate: “Fox News, Breitbart Falsely Suggest Jewish Family Is to Blame for Cancellation of Christmas Play.”

There are two problems with these stories: first, neither the Fox News nor the Breitbart articles ever named the family in question nor did they specify their religion. Second, the Jewish family did not “flee” Lancaster – according to an investigation done by the Anti-Defamation League, the family “explained that they went on a previously-planned vacation for the holidays.” Yes, the family did technically leave Lancaster, but the word “flee” falsely implies a sense of danger (LancasterOnline updated their article to reflect the ADL report but also stood by their story that the family had faced anti-Semitic harassment because of the show’s cancellation). Just like Starnes forced this non-story into his conservative narrative, the Left forced this non-story into an anti-Trump narrative – alleging that it was a part of the “wave of hate crimes and harassment” that has sprung up in the wake of Donald Trump’s election. (Of course Trump does peddle hate-speech and there has indeed been a rise in hate crimes over the past year)

So, in response to a piece of false and fake news from the political Right, the Left responds with its own false and fake news (false for obvious reasons, fake because Christian Right hand-wringing about the War on Christmas hardly qualifies as news anymore). After the ADL investigation, the response from (most) Left-leaning publications was to update their articles to reflect the new information. The response from Right-leaning publications was to write a new article (correctly) lobbing “fake news” accusations at the so-called “mainstream media” for their handling of the story. What these new articles ignored however was the fact that the fake and false stories from the “mainstream media” were based on the fake and false stories circulated in Right-leaning publications.

Both sides are guilty of misrepresentation on this one, and both sides seemingly ignored evidence in order to push a political agenda. These false and fake news stories have consequences, either potential harm as in the insane “Pizza-gate” conspiracy, or in the devaluation of true stories of harassment (the recent false reports of assault by Trump supporters only cast doubt on real assault stories). From the perspective of the Left, there is no need for this kind of unchecked eagerness – there’s enough real-life horror out there already.