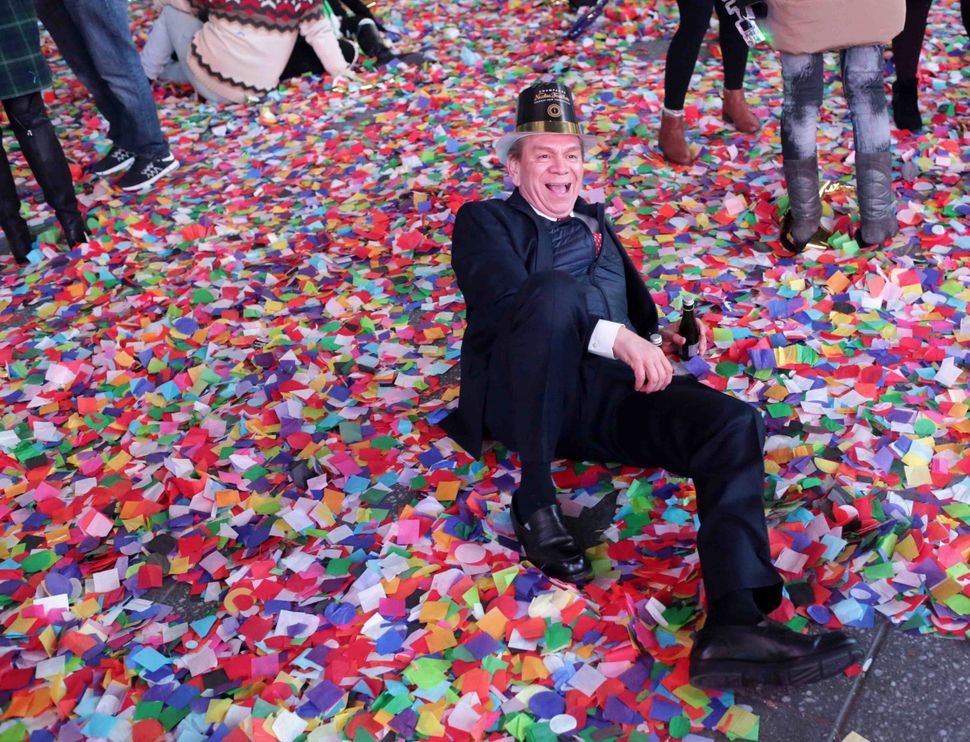 A review of our pop culture predictions for 2016 reveals that exactly one was right: Woody Allen did produce a movie that concerned, at least partially, a sexually insecure middle-aged white man. (Here’s looking at you, “Café Society.”) We are sadly still waiting for Seth Rogen to produce “Jack Black’s Mikveh Spectacular.” Seriously, Seth, you know this is a killer idea. As we pine over those unrealized masterpieces, here are 17 more pop culture predictions for 2017.

1) Drake is a consistent darling of the internet; the meme-worthy cover of his 2016 album “Views” — what’s the weather like up there, Tiny Drake? — and the internet-breaking visual splendor of the video for his 2015 single “Hotline Bling” won a lot of hearts and minds. This year, the rapper will tap into popular sentiment by creating a sleek, understated, yet somehow exuberant testament to his of-the-moment home country, Canada. He will be taken aback by the number of ensuing marriage proposals that have more to do with his Canadian citizenship than with his sultry vocalizations.

2) Lena Dunham will pen a well-intentioned but tone deaf open letter to someone or another, provoking a wave of think pieces titled “Is Lena Dunham Over?” that will be followed, in turn, by a flurry of opinions on “Why It’s So Wrong To Ask If Lena Dunham Is Over.” Lena Dunham will not be over.

3) Tina Fey’s “30 Rock” crew, in a surprise follow-up to the immortal genius of “Werewolf Bar Mitzvah,” will drop an album themed around monstrous Jewish celebrations. Standout tracks will include “Babadook Bris” and “Sneaky Slithery Sphinx Shabbat.”

4) Barbra Streisand will return to the stage in a new biographical musical about the Lubavitcher rebbe, “Rebbe Without a Cause.” In homage to her classic cross-dressing role in “Yentl,” she will play the rebbe.

5) In order to be awarded the honorarium accompanying the Nobel Prize, Bob Dylan must give a Nobel lecture before May 10. Dylan will attend the lecture, but instead of speaking he will employ a flock of carrier pigeons to distribute personalized notes of gratitude, written in code, to each member of the audience.

6) Gal Gadot will publish a memoir: “Who’s that Gal? Gadot!” The producers of “New Girl,” at first furious at a perceived rip-off of the show’s theme song — the chorus of which includes the catchphrase “Who’s that girl? It’s Jess!”— will ultimately invite Gadot on the show for a cutesy storyline involving mistaken identities.

7) After closing its latest season with the miraculous Birthright parody “Jews on a Plane,” “Broad City” will up the Jew-joke ante, opening the show’s upcoming fourth season with Ilana Glazer’s character, Ilana Wexler, deciding to pursue ordination as a rabbi. No, it will not work; yes, she will end up getting high in a synagogue.

8) Gwyneth Paltrow, nostalgic for her acting days, will unsuccessfully pitch an action-adventure TV series about an elite lifestyle guru battling for peace, justice and the mainstreaming of quinoa.

9) Hoping to capitalize on the hype surrounding “La La Land,” Madonna will release a mystical, hastily edited film called “Kabbalahlah Land.” It will not be a success.

10) Ivanka Trump will release a range of White House-themed fragrances called “The Scent of State,” including such atrocities as “East Wing Eau de Cologne” and “Roosevelt Room Rose.” “Saturday Night Live” will parody the endeavor, referring to the line as “The Nose of Nepotism.” Donald Trump will tweet angrily in response, probably at 3 a.m.

11) Russia will hack Jonathan Safran Foer’s email and reveal the rest of his correspondence with Natalie Portman.

12) Billy Eichner will have to take a period of vocal rest — the man yells a lot, people — and discover a heretofore unrealized passion for mime.

13) Amy Schumer will follow through on her threat, made during the most recent season of her Comedy Central show, to write a “Hamilton” rip-off about Betsy Ross, creator of the American flag. It will be surprisingly nuanced, and stay on Broadway for months.

14) Daniel Radcliffe, recognizing that his adorableness is the last best force left to humanity, will give up acting to spend his year standing outside the White House, offering free hugs.

15) Shia LaBeouf will follow his mysterious summer 2016 project “#TakeMeAnywhere” — which saw LaBeouf and his performance art buddies Nastja Säde Rönkkö and Luke Turner spend a month hopping trustingly into the cars of Colorado strangers — with “#TakeMeNowhere,” which will involve him ordering cars from Uber, then yelling at their drivers when they try to pick him up.

16) Steven Spielberg will announce plans to direct a heart-wrenching war drama that will have no leading female characters.

17) Beyoncé will convert to Judaism. (Hey, a girl can dream.)

Talya Zax is the Forward’s culture fellow. Contact her at [email protected]