Long, Long Ago in a Jewish Fantasyland Far, Far Away 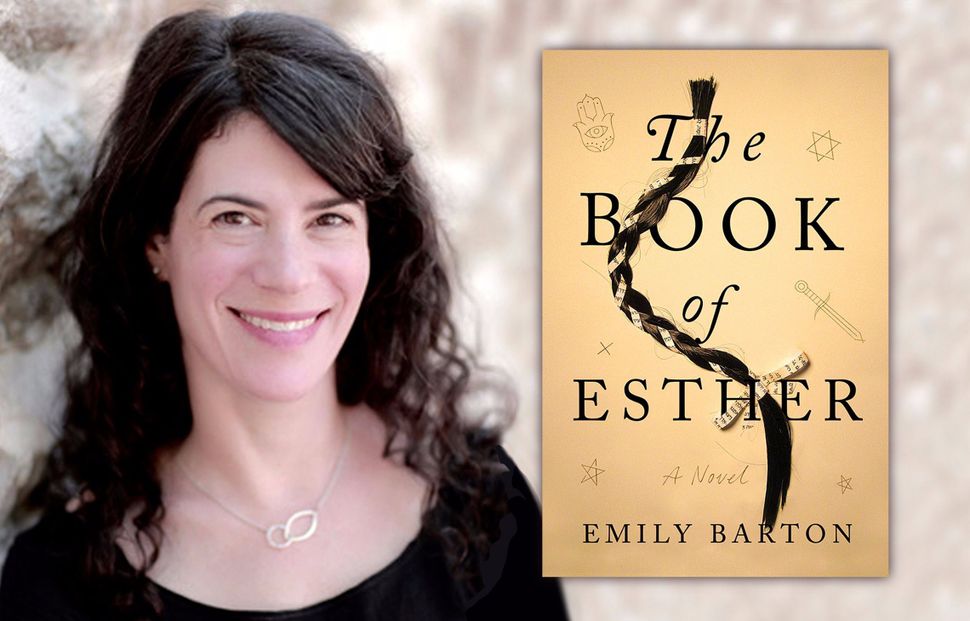 The medieval kingdom of Khazaria has long been used as a Jewish Zembla, or fantasyland, a shadowy alternative to unpleasant realities. In the 12th century, the Spanish philosopher Judah Halevi dreamed up a Khazar king who converted to Judaism, imagining an upside-down world in which Judaism trumped its regnant rivals, Christianity and Islam. In 1940, the Zionist poet Shaul Tchernichovsky wrote a Hebrew ballad about the fall of the last Khazar king to the emperor of Rus, wishfully reimagining the Jewish victims of the Holocaust as militant heroes. More recently, the Hungarian Jewish writer Arthur Koestler serendipitously “discovered” the Khazar roots of modern Jewry, an unlikely genealogy that he hoped would disarm anti-Semitism by showing Jews never to have been Semites (for Koestler, conveniently, we were instead Hungarians).

Emily Barton’s most recent novel, “The Book of Esther,” which is also set in Khazaria, thus joins a long tradition of Jewish fantasy. Though the novel is set in 1940 or so, Barton’s Khazaria has been mostly insulated from the shocks of modernity. Khazaria is ruled by Jews, but it contains and benevolently tolerates a mix of ethnicities and religions. Khazaria has experienced a gentle industrial evolution. The Khazar elites ride mechanical horses, which burn hydrocarbons but charmingly retain the quirks of real animals, and carrier pigeons share the skies with “aerocrafts” and “aerocycles.” Either Voltaire and Spinoza have not penetrated this far east, or they have made no impression; in Khazaria, Jews stick to the traditional faith and the traditional heresies, like Karaism. Sheltered as it is, Khazaria cannot completely escape the Holocaust. Esther, the teenage daughter of a Khazar government official (appropriately named “Josephus”), is happily engaged to the rabbi’s son. But early in the novel she visits refugees who have fled east from “Germania” to refugee camps outside the Khazar capital; there she sees German spy planes. She decides to join the war effort, but since she is a woman she is excluded. So she absconds with her family slave; together they ride her mechanical horse, Seleme, toward Yetzirah, a village of kabbalists, where she hopes to obtain gender reassignment via sorcery.

By journeying outside the capital city, Esther encounters the margins of Khazar society, and she unlearns the court’s rigid, elite norms. She bargains with non-Jewish oil drillers, meets Karaite heretics and kills a werewolf. Perhaps most radically, she falls for a man other than the rabbi’s son, a sweet-smelling trans man and kabbalist named Amit. (Much is made of his intoxicating scent, though the pious, mystical hippies I have known smell mainly of musty books, patchouli and unwashed fringed undershirts.) While Amit has chosen to switch sexes to penetrate the cloistered, male world of the kabbalists, Esther discovers that she can stretch her assigned gender role and save Khazaria. She needs to alter not her sex but her society’s norms.

Arthurian quests typically fuse the hero’s maturation with the restoration of a kingdom or polis, and “The Book of Esther” is no exception. As Esther crafts a newly expansive identity, she also musters a similarly eclectic army. Yetzirah’s white-robed mystics provide the military nucleus, obligingly turning their monastery into a munitions factory and pumping out golem soldiers. To supplement that core, Esther recruits volunteers of all religions, classes and genders, with whom she returns to defend Khazaria’s capital from Germania’s invasion. Internal questions force Esther and her army to grapple with their prejudices, but liberalism of course wins out: Women and slaves join a prayer quorum, Karaites are permitted to fight alongside the Orthodox, and the golems are given names and the opportunity to pray alongside humans. There is much wrangling about how to interpret Jewish law, though the answer is always “flexibly,” and the basics are sometimes badly muddled. (But maybe it is just part of the counterfactual that, for instance, the Khazars have several uniquely corrupt blessing texts? Or that their Bible has just one prohibition on male homosexuality in Deuteronomy, while ours has two in Leviticus?)

These ritual debates puncture the fantasy’s plot with what sometimes feels like the minutes of the Conservative movement’s Committee on Jewish Law and Standards. But they reflect the novel’s commitment to imagining how a Jewish community might liberalize gently, without the ruptures of mass secularization, rapid industrialization or forced immigration (the immigrants from Germania are marginal to Khazaria’s internal development). Indeed, even industrial war is rendered small-scale and personal; the protracted final battle is narrated from Esther’s limited point of view, and the victory seems miraculous rather than strategic. So even as “The Book of Esther” insists that its Jews modernize, it remains lovingly attached to their older way of life.

This nostalgia is typical for Barton. All her novels treasure the fine details of traditional handicraft and artisanship, a choice reflected in her idiosyncratic diction: Be prepared for crewel work, coffered ceilings, abalone buttons and salvers of fruit. Old-fashioned material culture, as in any Brooklyn knife makers’ forge, bean-to-bar chocolatier or typewriter-repair shop, promises a manufactured world alive with human personality: the machine with the ghost still inside. This handicraft is also selling the illusion of a classy consumer culture: $12 chocolate bars and $5 words handily ennoble the déclassé pleasures of, respectively, candy and genre fiction. Esther is constantly wondering whether her horse’s temperamental neighing and biting indicate what the horse feels and thinks — whether, as we mass consumers say admiringly of hand-crafted objects, it “has character.” The animate machine, whether the horse, the golems or, in inspired detail, oil derricks — giant, mechanical grasshoppers whose heads bob up and down — uncouple technology from disenchantment.

It would be tempting to set The Book of Esther alongside other contemporary Jewish counterfactual fiction, like Michael Chabon’s “Yiddish Policemen’s Union” and Philip Roth’s “The Plot Against America.” All three focus on the time between the rise of the Nazis and the establishment of the State of Israel, and, in different ways, they scramble the founding myths of postwar American Judaism. But Barton is hunting bigger, more philosophical game than Chabon or Roth, both of whom imagine undoing Zionism or American democracy’s acceptance of Jews; Barton, however, is braiding a rope of alternative tradition, strong and supple enough to hold modernity without breaking.

Long, Long Ago in a Jewish Fantasyland Far, Far Away