What I’m Going To Say in My 2020 Inauguration Speech 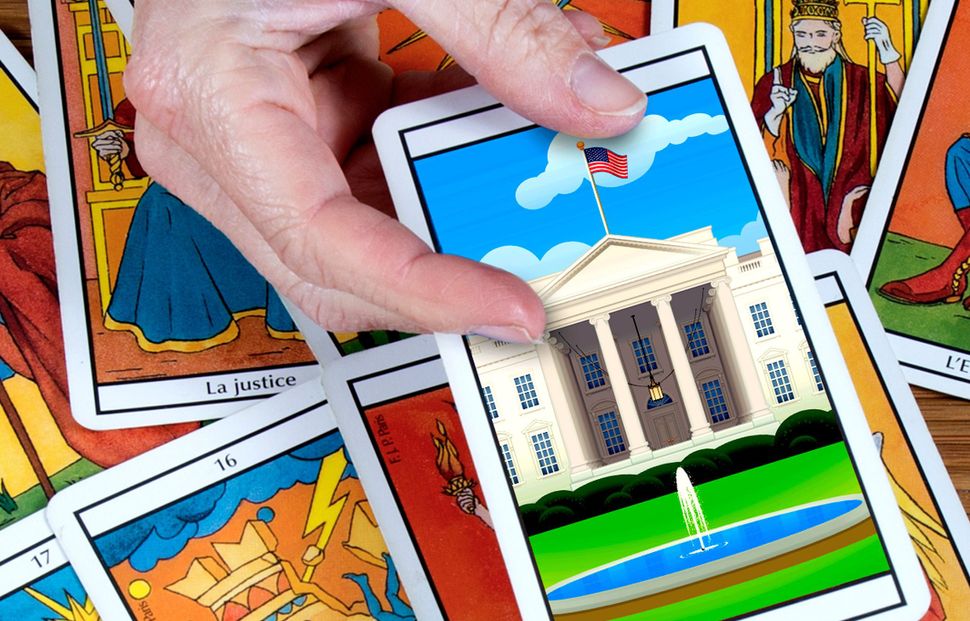 People my age may be too old to write an episode of “Veep,” but we can be President of the United States. Being leader of the free world is obviously less demanding than turning out a sitcom. So in 2020, instead of making calls, canvassing, signing petitions and posting them on Facebook, I’m going to run.

Decades ago, surprised and disappointed to find that I’d aged out of script writing, I was hoping to find an encore career. Applying for every job on Craigslist that didn’t require fluent Mandarin, I kept hearing, “You’re overqualified.” I thought it was a compliment until someone explained it was code for they wanted someone younger.

This past election taught me that there is a place hospitable to those of us too old to be hired elsewhere: the Oval Office. That I’m both a woman and a Washington, D.C. outsider should appeal to a certain segment of the population. I would also be the first Jewish president.

If I’d known that politicians had a longer shelf life than sitcom writers, I might have considered public service. It was nothing I was prepared to do, but it would have been no more unrealistic than trying to break into comedy writing, which still is male dominated as it was when I broke into the business in 1973.

James Brooks, one of the producers of “Mary Tyler Moore,” greeted me at our first meeting with, “You’re Rhoda!” I identified with Mary’s best friend, played by Valerie Harper. Like me, she was Jewish, a transplanted New Yorker and self-effacing, and she thought single to be a pre-existing condition. She was ideal to make the joke I’d planned to use should I ever get married: “I can see the wedding invitations now: ‘Mr. and Mrs. Martin Morgenstern are relieved to announce the marriage of their daughter, Rhoda, to Mr. Douglas Hemple, who’s not nearly good enough for her.’”

My parents stepped up going to synagogue, where they did more bragging than davening. Some in the congregation may have missed a sermon, but when I was nominated for an Emmy, everybody knew it.

Feminists were insisting that it was okay to be single. Still, I was desperate to have a husband and child. I wanted it to be true when a psychic predicted, “In six months, you’ll meet the man you will marry.”

“With anything important,” I told her, “I get a second opinion.” A tarot card reader said the same thing, insisting it would happen on the East Coast. I said to a friend: “You know you’ve lived in L.A. too long when you start believing in psychics. It’s time for me to get out of here.”

“Where would you go?” she asked.

“Back to the East Coast,” I answered.

I sublet an apartment in Manhattan and, to everyone’s surprise, I was introduced to Martin exactly when it was supposed to happen. He became my writing partner and later my husband. After years of telling me, “Men don’t like funny women,” my mother was happy to be wrong. She and my father attributed this unlikely turn to a combination of their prayers being answered and having contributed sufficiently to the synagogue’s annual fund. I was afraid there might be a plaque on a seat that read, “Reserved for Sybil’s husband, to whom we are eternally grateful.”

After working on many shows, Martin and I completed an episode of “Northern Exposure”; that was when job offers started thinning out. “I can’t sell you, because of your age,” our agent told us. I was in my early 50s, but the Writers Guild defined old as “over 40.” In Los Angeles, a woman or car that’s gone around the block once is at risk of being replaced by a younger model.

I was past the prime for prime-time TV. But why? Pretty much all writers do is sit. As you get older, that’s gets even easier. I refused to retire, and my brain continued to churn out jokes. It still does. Recently I answered the phone and heard, “Hello, seniors.” It was Medical Alert offering a necklace that would summon help if I should fall. I didn’t need to be reminded that the only men sweeping a woman my age off her feet were paramedics. And they would try to get me onto a gurney, not into bed. When I’m asked to undress, it’s followed by a copay. I felt pathetic saying to the robocall: “I miss getting obscene calls. What happened to the guy who wanted to know what I was wearing?”

Americans are living longer, so I’m likely to be around for a while. I was probably wrong to think I would never again buy a mattress, a bottle of hot sauce or a box of kosher salt. I’d very much like to be working. Prior to this election, I would have thought it absurd to run for president, but America has made it clear that political experience is not essential. Nor is a reasonable hairstyle. I’m certainly no less competent than Trump, have no holdings to divest, no ties to foreign countries (except for a French saucepan), and the reality is, there is no other job I could get.

Using a technique I learned when pitching TV ideas, I market myself as such: “Imagine Hillary Clinton and Donald Trump in the same pantsuit: a female promising to change America. Only I’m going to make the country funny.” My running mate will be Al Franken. Rather than hurl insults at our opponents, we’ll roast them.

Though it’s premature to plan Cabinet appointments, I hope Jerry Seinfeld will bring his Porsche collection to Washington and be the secretary of transportation. Since conflicts of interest seem not to be an issue, he can continue doing his show, to be retitled “Congress Members in Cars Getting Coffee.”

I would repeat nothing else said by my predecessor, other than, “What have you got to lose?”

What I’m Going To Say in My 2020 Inauguration Speech