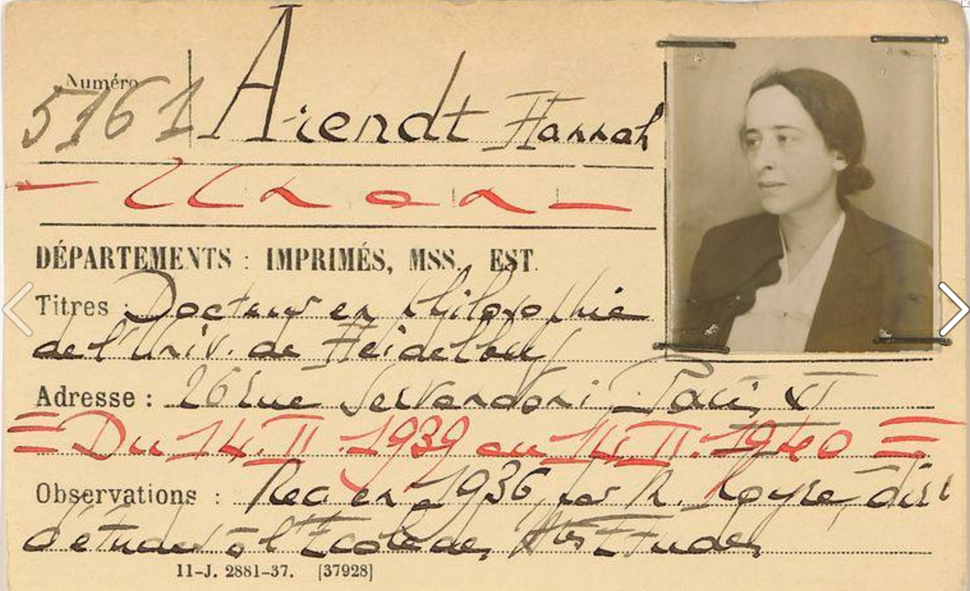 Hannah Arendt’s library card was recently found in the French national library’s archives, along with the library cards of writers Stefan Zweig and Marguerite Yourcenar. The treasure trove of library cards includes period photographs, home addresses, signatures, and most tantalizingly, listed professions. Zweig, for instance, identified himself as a “homme des lettres” or man of letters.

Occasionally there are “observations,” such as the remark that Zweig is deceased, or the title of a recently published article or book; on a few cards, call numbers can be made out — offering a hint to what the famous were reading decades ago.

The Bibliothèque Nationale de France put up its finds on its Facebook page; some of the accompanying commentary has already been translated into English.