You Will Soon Be Able To Visit Rome’s Jewish Catacombs 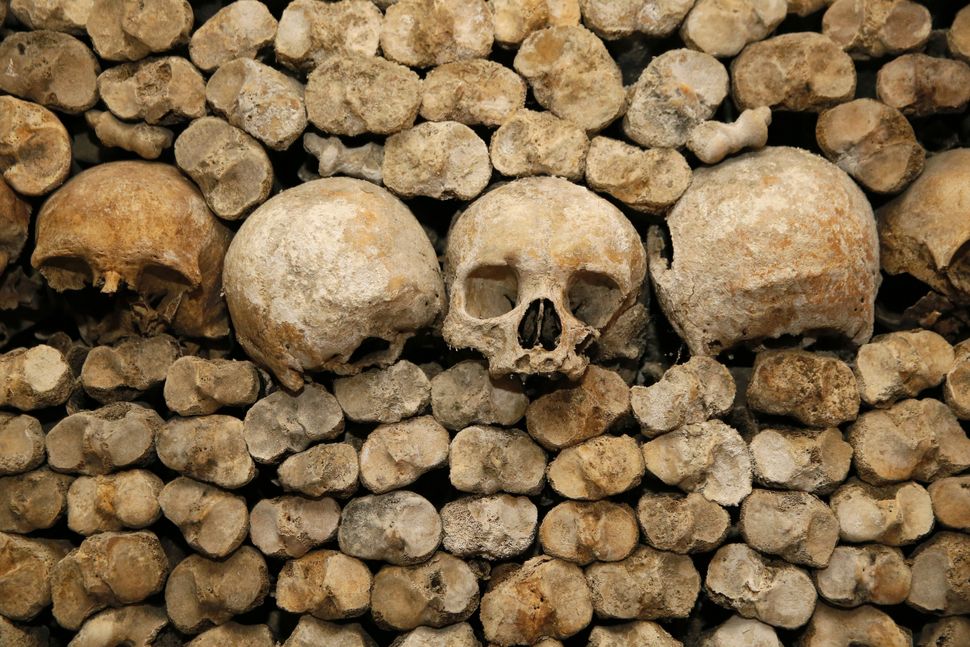 Cemeteries are naturally spooky places – fields littered with old gray stones marking dead bodies. But you know what’s spookier than cemeteries? Catacombs, those underground passages filled with human remains. For those of us that find such places more interesting than scary or disgusting, there was recently some good news out of Rome.

As the Wall Street Journal reported earlier in the month, the Italian Government finally allotted money towards the restoration of the Jewish catacombs underneath Villa Torlonia in Rome. Back in the time of Ancient Rome, catacombs became a popular way for the empire’s Jewish and Christian populations to bury their dead. While the Ancient Romans cremated their dead, cremation is forbidden in Jewish law. Because land was scarce and expensive, instead of creating cemeteries, the Roman Jews and Christians opted to bury their dead in closely packed catacombs.

According to the Wall Street Journal article, the catacombs are adorned with “paintings of stars, planets, peacocks and pomegranates” as well as “sacred Jewish symbols, including an ark with the scrolls of the Torah, and several inscriptions referring to synagogues in the city.” Rome had a large, thriving Jewish community – it is hypothesized that they at one point comprised up to 3-6% of the city’s population. Of course, Roman-Jewish history is not entirely a success story — one of the events that led to the city’s large Jewish population was the destruction of the Second Temple. In that same vein, Villa Torlonia, under which the catacombs were discovered, used to house Italy’s fascist dictator, Benito Mussolini who, as we know, was allied with Hitler during World War II.

So when will the catacombs be open to the public? Monica Zelinotti, who is in charge of the restoration efforts, said that the catacombs require a lot of work – among other things, “In parts, the walls between niches have given way. In one place, the ground above is sagging.” That being said, the Wall Street Journal seems optimistic about the catacomb’s restoration time, putting the opening date as “within a few years—maybe even next year.”

You Will Soon Be Able To Visit Rome’s Jewish Catacombs