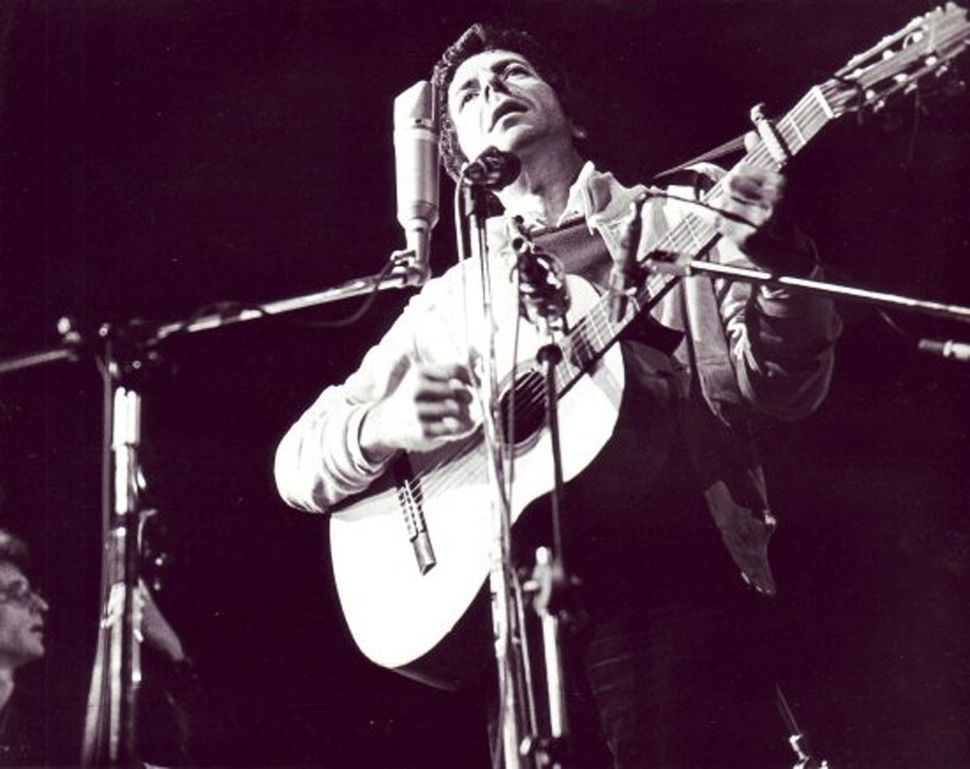 The newly released yet very old documentary, “Leonard Cohen: Bird on a Wire,” offers a behind-the-scenes look at the poet/singer/songwriter on his 1972 European tour. That it has taken over 40 years for it to get its first North American run is an indication that the process was as complicated as its subject.

Director Tony Palmer, a music critic, had made more than a dozen documentaries, including “Cream: the Farewell Concert.” When he finally met Cohen in 1971, Palmer said, “The first thing he said to me was, ‘You realize I don’t want to make this film.’ He said he was being strong-armed to do it. He wanted to be taken seriously as a poet. What I think broke the ice was when I told him I first came to know him as a poet, and it was only later I discovered that he also sang.”

The tour began in Dublin on March 18, 1972 and ended in Jerusalem on April 21 of that same year. Palmer took a fly-on-the-wall approach to his film, never injecting himself into the documentary. But some of the journalists he filmed did ask interesting questions. Cohen told one he saw in himself “a little bit of the synagogue cantor. This was the kind of music I listened to a lot.”

Another journalist asked about his religious observance. “I read the prayers,” he says, “but I don’t know what they mean.”

Still, Cohen was unhappy when he saw the finished film. “He never said he didn’t like it,” Palmer said. “I think he was worried he looked too confrontational.”

So Palmer gave him the film back and suggested another editor might produce something more pleasing. That effort, Palmer says, failed. Another version was produced, but no one seemed pleased with it either. All this time, Palmer kept kicking himself because he never held onto the original and that seemed to have disappeared. Until 2010, when 294 cans — many rusted — were discovered in a Hollywood warehouse.

After much restoration and editing, Palmer put together a remarkable film from the bits and pieces. The resulting film is so good one is left to wonder how great it would have been if Palmer had access to all the material in pristine form.