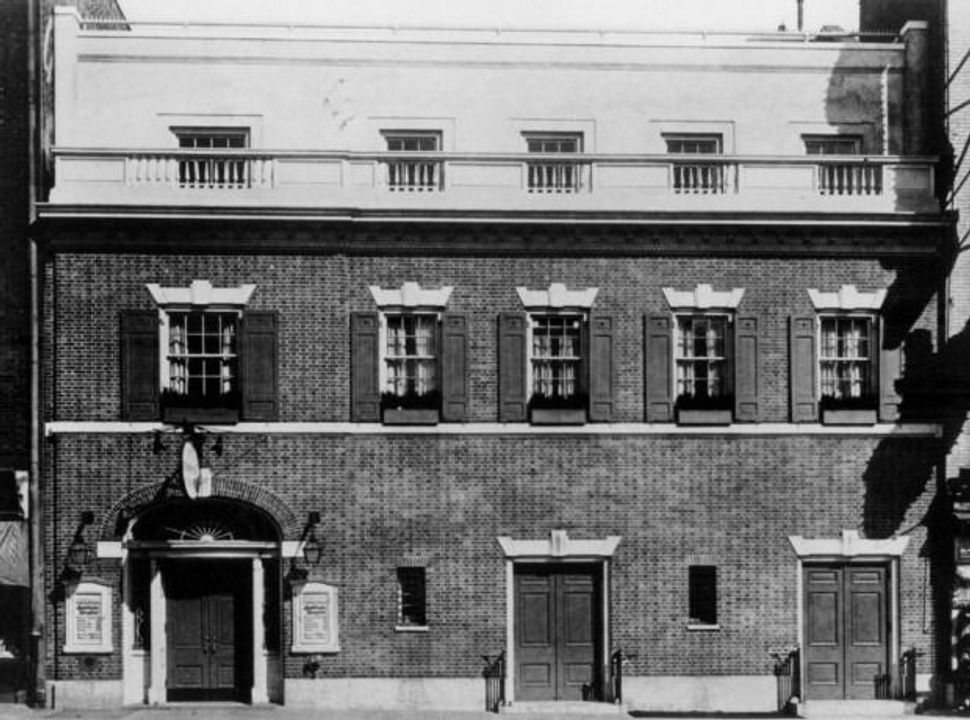 A lifetime ago, when I first began my training as an historian of America’s Jews, I came across a remark by Jacob Glatstein, the Yiddish modernist poet, that underscored what was at stake in my newly-chosen field. Asked what it meant to be a “poet of an abandoned culture,” Glatstein famously replied: “It means I have to be aware of Auden but Auden need never have heard of me.”

Most commentators take Glatstein’s comment at face value, as a rueful acknowledgement of the slings and arrows that targeted Yiddish as a minor language and its literary arts as an exercise in parochialism. I took it that way, too, extending its compass to embrace the history of Yiddish-speaking American Jews and their descendants. When compared with that of their European counterparts, their past seemed frivolous and inconsequential or, worse still, unworthy of sustained critical scholarship. Who wanted, or needed to, learn about American Jewish history when Europe Jewish history beckoned? The latter was the stuff of monumentality, of meaningful and grand historicity; by comparison, the American Jewish experience appeared pallid and slight, trivial and feckless.

But that reckoning, that valuation, of American Jewish life, increasingly gave me pause. With freedom, improvisation and novelty as its backdrop, American Jewish history was a story worth telling, I believed, and tell it, I would: In the classroom, on the lecture circuit and, most especially, in print… in the pages of the Forward. Month in and month out for 16 years, my column, “Wonders of America,” served as a bully pulpit from which to chronicle and interpret — and, yes, champion — that complex array of institutions and practices that characterized American Jewry ever since the mid-19th century.

Casting a big, baggy net, I looked at objects that ran the gamut from walking sticks and charm bracelets to quilts and yarmulkes, while also attending to idiosyncratically American Jewish phenomena such as the Yom Kippur appeal and yizkor ladies, junior congregation and the sale of High Holiday tickets. Food loomed large in my deliberations as I trained my sights on the so-called trefa banquet of 1883 and on Barton’s kosher-for-Passover candies of the 1950s and 1960s. I covered Jews who sermonized and Jews who played golf or strolled on the boardwalk; Jews who wrote books, composed music and worked in museums as well as institutions as varied as Loehmann’s, the Neighborhood Playhouse, the Jewish Agricultural & Industrial Aid Society and Sixth and I Synagogue in Washington, D.C. The ebb and flow of the real estate market, as well as the ups and downs of fashion caught my eye — and pen — on a regular basis, as did the sounds of modern Jewish life. There seemed no end to it.

But, sadly, there is. This marks my very last column. It’s not that I’ve run out of things to say; I continue to find American Jews a steady fount of fascination. What’s more, in the months that follow, my latest book, “Set in Stone: America’s Embrace of the Ten Commandments,” will see the light of day, as will special occasion pieces in these pages. And yet, the demands of contemporary journalism with its emphasis on the here-and-now has little room for historicizing, for taking the long view. The present takes precedence.

Clearly, much has changed over the course of my tenure at the Forward. So, too, have interpretations of Glatstein’s fabled remark. The most cogent and persuasive of them is that of Anita Norich who, in her book, “Discovering Exile: Yiddish and American Jewish Culture During the Holocaust,” allowed how “far from being self-effacing, [Glatstein] implies that Auden should have heard of him.” I find that perspective much more effective than the long-regnant view. It strengthens and salutes Jewish culture rather than constrains and apologizes for it.

In that spirit, I end my long run with the hope that those who care about the Jews and their history should know everything they can about the American Jewish experience and that “Wonders of America” lived up to its name.