The Secret Jewish History of Spain’s Most Famous Pig 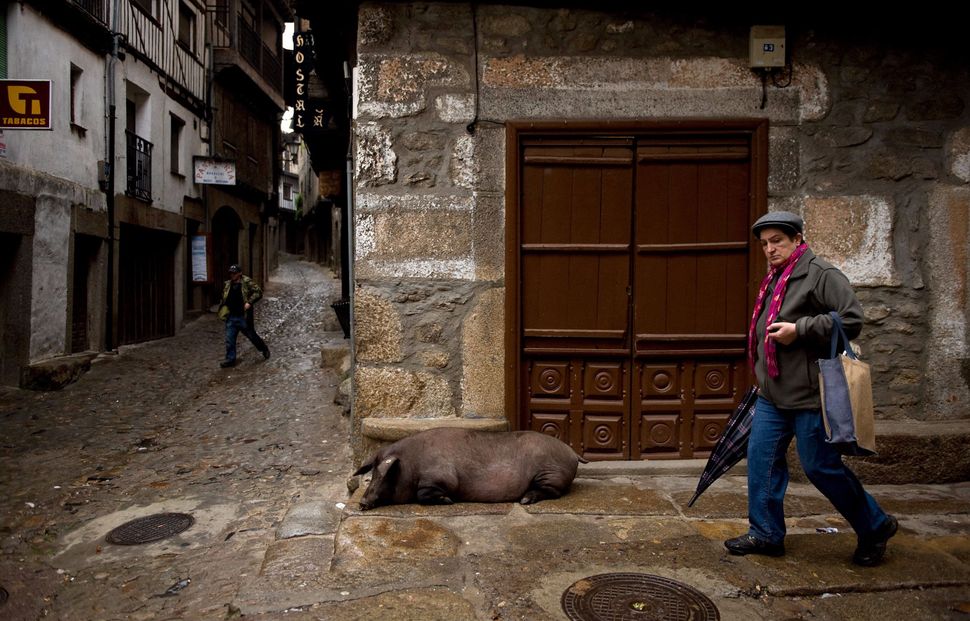 The clock is ticking again for the most famous resident of La Alberca, a quaint, medieval Spanish village three hours west of Madrid. 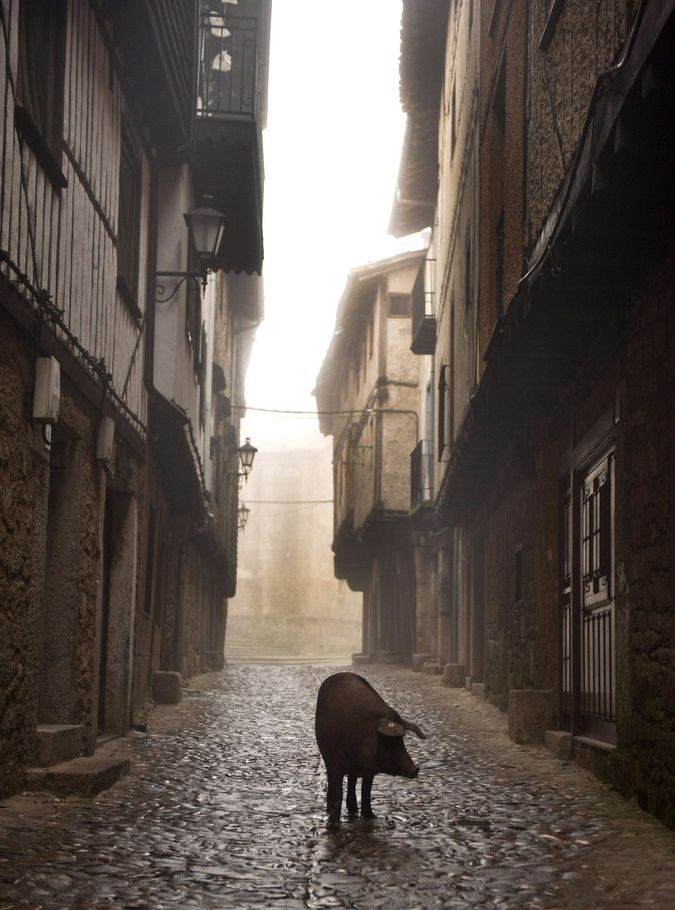 For seven months of the year, an Iberian pig roams this town. The famous swine is blessed on June 13 each year, then spends his days sleeping in the streets and being fed by the locals. The pig has become somewhat of a tourist attraction in recent years, as Spaniards come from across the country to take photos with him.

But the carefree, fattening rein of “el marrano San Antón” will come to an end on January 17. During an annual feast, the pig will be raffled off at the doors of the local church. The winner takes home a fresh supply of jamón ibérico. Proceeds, which used to go to the church, are now given to a local non-profit.

The celebration may seem light-hearted, but its origins are more sinister.

In 1492, King Ferdinand and Queen Isabella ordered Spanish Jews to convert to Catholicism or leave the country. The Spanish Inquisition was quickly established to root out “false” conversions. Many thousands disappeared or were executed, including hundreds of Jews in the mountain villages near La Alberca. 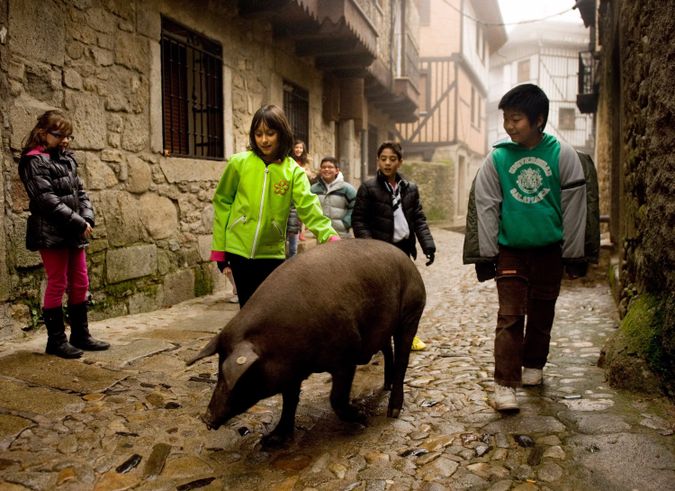 La Alberca villagers, in an effort to convince the Catholic Church that they had abandoned Judaism, began to raise pigs in their houses. When that failed, they decided to buy off the Inquisitors by raising a pig themselves, then donating proceeds from its sale to a church.

The sale turned into an annual tradition. More than 500 years later, the legacy of the Inquisition lives on.

The Secret Jewish History of Spain’s Most Famous Pig