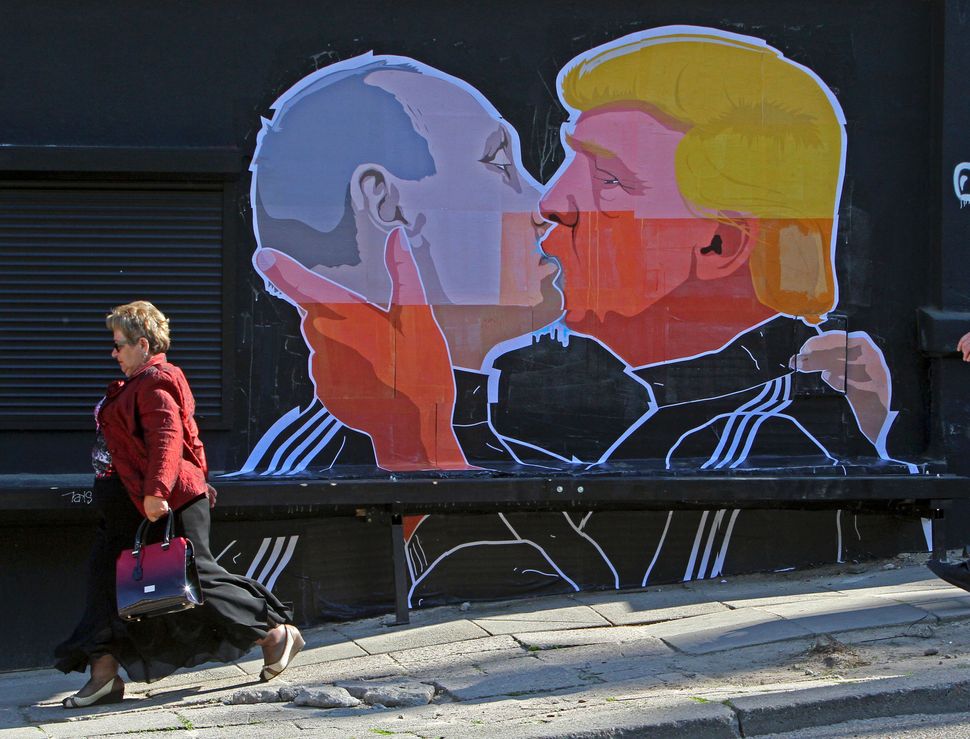 If you want to understand the new reality in Washington D.C., look to Moscow. Trump has previously expressed his admiration for Vladimir Putin, and the Kremlin has signaled that it welcomes the incoming American government (whether you believe the new dubious unconfirmed “dossier” or not, many in the Russian government were elated at the news of Trump’s victory ), so it should come as no surprise that many are already seeing similarities between the two regimes – the strongman posturing, the denigration of the media, the conservative social mores.

Russian journalist Alexy Kovalev published a piece yesterday offering advice to his “doomed colleagues in the American media.” Among other things, the piece warned American journalists that facts, degraded as they already are, will become a lot more difficult to find – questions will be met with deflection, derision, tu quoque arguments, and outright lies (Trump’s last press conference featured all four). Kovalev also asserts that the media will be complicit in its own debasement. Journalism, he argues, “is a fiercely competitive, crashing market and right now the only currency in this market is whatever that man on the stage says. Whoever is lucky to ask a question and be the first to transmit the answer to the outside world wins.” This competitiveness will undermine any movements towards solidarity thus making it easier for Trump to control the political discourse and, as a result, continue to vilify the media.

The most prescient part of Kovalev’s piece was his discussion of the nature of Putin’s marathon press conferences. They feature journalists holding signs, marathon run times, softball questions and raucous applause. As a result, they resemble sports pressers more than serious political forums. The devolution into crude entertainment has marked the Trump campaign from the beginning, and a further descent seems inevitable (oftentimes, reading reports on Russian politics can feel like reading reports from some terrible, other-U.S. in which all of our worst impulses have taken over).

Despite all the (unfortunately too realistic) doom and gloom in Kovalev’s piece, he does point us towards a bright spot – The Moscow Times. The Moscow Times, Russia’s only English language daily, has been accused of being “militantly anti-Putin,” which, from this side of the Atlantic, seems less like an accusation than a badge of honor. In our time of journalistic and moral upheaval, we can turn to the level-headed, often irreverent pages of The Moscow Times as a guide, a way forward. Look to their live blog of Putin’s 4 hour year end marathon press conference or their skeptical reporting of the Buzzfeed-leaked “golden shower” dossier for examples of both the kind of reporting-on-reporting we’ll need in the coming years as well as the necessary stamina in the face overwhelming heaps of b.s. – both state sponsored or otherwise.

Perhaps the most important role of The Moscow Times for an American audience (other than staying informed on Russian news), is the reminder that we are not (yet) living in a Putin style autocracy. In a piece (linked to by Kovalev) after Trump’s last press conference, The Moscow Times stated that the pervading response to the conference amongst Russian reporters was laughter. There was certainly a sort of “misery loves company” feeling to the response, but the main source of humor seems to have been the idea that Trump and Putin are one and the same. Kevin Rothrock, the author of the piece, as well as the journalists he quoted, rightly indicate that our situation is not yet so dire.

On this point, Glen Greenwald wrote in an excellent article for The Intercept that fear of the coming Trump presidency has turned Americans into “ideological jellyfish, floating around aimlessly and lost, desperately latching on to whatever barge randomly passes by.” The barge, so often, is a doomsday prophesy – be that in the form of Russian takeover, Trumpist Brownshirts, or another vision of the end times. The panic surrounding Trump is entirely justified, but the leveling of distinction between his transgressions (treating an offensive statement the same as a dangerous cabinet appointment) is counterproductive in a number of ways. First and foremost, it makes it difficult to distinguish between major and minor threats – uniform outrage leads to uniform, that is, ineffective response. Second, our willingness to believe anything potentially damaging to Trump, regardless of the credibility of the report, will, according to Greenwald, “forever discredit — render impotent — future journalistic exposés that are based on actual, corroborated wrongdoing.”

And finally, there is a certain fatalism to the idea that we are already in the throes of an authoritarian nightmare. If our worst fears have already come to fruition, then what is the sense in fighting them? If we believe that we’re already at the end of the rope, we will be less likely to notice that things can always, and likely will, get worse – no one wants to stand up for a democracy that is already dead. Of course, our democracy isn’t dead – this is not Russia. Many in the American media are currently doing excellent work on Trump. I don’t mean to diminish their contributions, I only mean to point out the value of a publication like The Moscow Times for our present situation. They have been dealing with these problems for far longer, and in far more oppressive conditions. Their insight, reporting, and contextualization can only help us to ensure that their reality does not become our own.