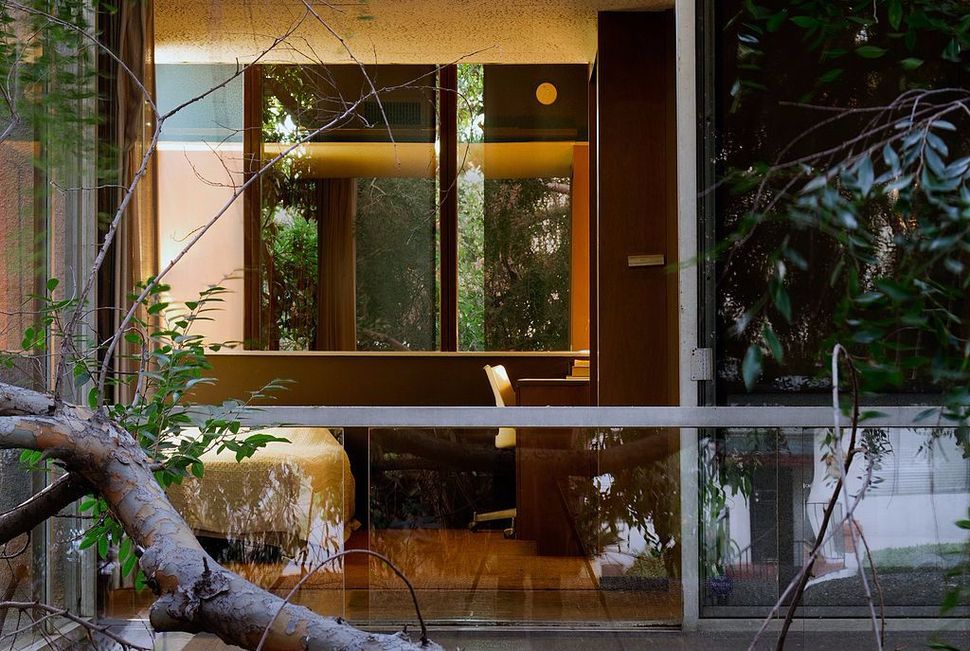 Last week, the U.S. Department of the Interior announced 24 new National Historic Landmarks. The newly designated sites, which include landmarks ranging from a 12th-century village site in Iowa to the site of the Kent State Massacre, “depict different threads of the American story that have been told through activism, architecture, music and religious observance,” according to U.S. Secretary of the the Interior Sally Jewell. Their designation as National Historic Landmarks means that the Department of the Interior will provide communities with “technical assistance, recognition and funding” to help preserve the sites.

Included in the 24 sites is the Neutra Studio and Residences (VDL Research House), built by the legendary Jewish architect Richard Neutra. Neutra was born and grew up in Leopoldstadt in Vienna, and the city’s rich intellectual scene would nurture the young architect and provide one of the foundations of his design philosophy – in particular the works of Adolf Loos and Sigmund Freud. Though Neutra began his career in Austria, it wasn’t until he moved to the United States along with fellow architect Rudolf Schindler that he became a household name (pardon the pun). Working in the States, Neutra was under the tutelage of Frank Lloyd Wright, whose design would have a profound influence on his own projects (renowned Brutalist designer Le Corbusier was also an influence).

Built in 1933, the VDL Research House is a classic example of Neutra’s design philosophy. The building was Neutra’s third project in America, and, once completed, it served as Neutra’s own home for almost 30 years. Looking at the house, the aesthetic is instantly recognizable; that’s because Neutra, along with Schindler, was one of the pioneering forces behind the International Style architecture that had a heavy influence on California Midcentury Modern. Houses influenced by Wright and Neutra have often been featured in films, so their images have made their way into the American vernacular (The Big Lebowski [1998] and North by Northwest [1959], among others).

Neutra’s designs feature simple, boxy, horizontal facades; open floor plans; numerous windows, and an unobtrusive proximity to nature. Neutra was incredibly concerned with what he considered to be architecture’s turn away from nature. Houses, Neutra argued, must be “an organically possible extension of ourselves.” According to the Society of Architectural Historians, Neutra, who referred to his design philosophy as “biorealism,” sought to bring “the sciences – especially psychology and biology – into the art of architecture so that design exploited, with great sophistication, the realm of the senses and an interconnectedness to nature that he believed fundamental and requisite to human well-being.” Hence the open spaces; hence the trees and gardens and abundance of natural light.

In addition to living in the VDL Research House, Neustra also used the building as a work space and as a place to train architects such as Raphael Soriano and Donald Wexler. The house, which currently belongs to the Cal Poly Pomona College of Environmental Design, can be toured on Saturdays and can be rented out for film or photo shoots, as well as seminars, conferences and retreats.