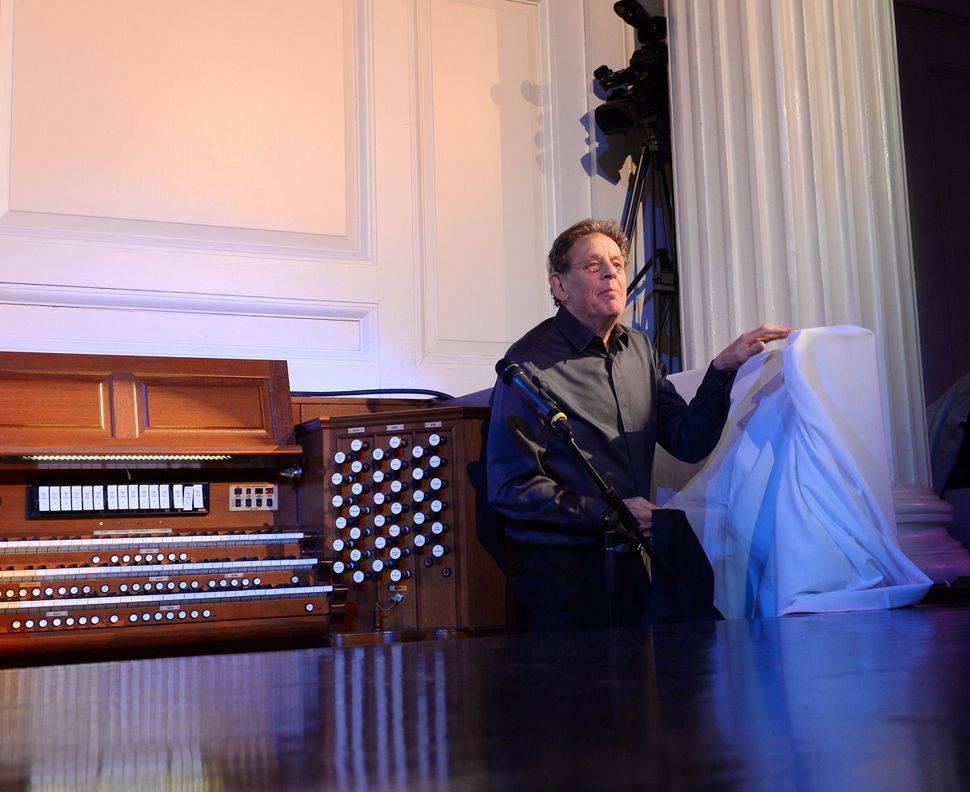 Phillip Glass, who turns 80 on Jan 31st, is a man struggling with his legacy, at least how it exists in the popular mind. “If people called me an American opera composer it would have the virtue of being what I actually do”, he told the Guardian yesterday. “This is reality. God forbid we should be accurate.”

Despite Glass’s wide-ranging accomplishments he is routinely called a “minimalist” in the press, remembered for his 1970s experiments alone. Yet Glass has been one of the most brilliant, boundary-crossing and influential musicians of the last four decades. He gained an international following in the 70s with “Koyaanisqatsi,” “Einstein on the Beach” and “Satyagraha,” and has since collaborated with Allen Ginsberg, Robert Wilson, Doris Lessing, Martin Scorsese, Ravi Shankar, Woody Allen, David Bowie, Paul Simon, Leonard Cohen and many more. As Glass’ website wryly asserts, “There has been nothing ‘minimalist’ about his output.” Glass has written eleven symphonies, 26 operas and 20 ballets, as well as works for solo instruments and dozens of film and theatre scores.

“The problem is no one is doing minimalism now”, Glass said in the same interview, “It’s music we wrote in the 1970s. It’s over 30 years out of date. It’s a crazy idea to use a description made up by journalists and editors to cover all kinds of music. It’s more confusing than descriptive.”

Glass himself prefers to describe his style as “music with repetitive structures.” Glass’ early work has been described as “the extended reiteration of brief, elegant melodic fragments that wove in and out of an aural tapestry… a sort of sonic weather that twists, turns, surrounds, develops.”

His music was not always well received, as he told NPR in 2015: “This was in Amsterdam and I played a piece called “Two Pages.” And I guess it could drive you crazy a little bit — it only had five notes in it, but it was five notes in a lot of different ways, and I thought it was interesting. This was about 1971 and the idea of music that was so, let’s say, consciously or steadfastly repetitive was not so common then. And someone jumped on the stage and began banging on the piano and, without thinking about it, I stood up and I punched him on the jaw or something, just like the comic books, and he fell off the stage. People came afterwards to say hello and the fellow was there and he said, “And now we have the discussion,” and I said, “No. We had the discussion, thank you.”

Glass, like his one time collaborator Leonard Cohen, has followed decades of plodding workmanship, relative poverty, and cult fandom with an old age of glory and near-universal acclaim. The composer who famously made a living driving a taxi when the debut of Einstein at The Beach sold out at the Met in 1976 and didn’t get quit his day jobs until he was 41, will have his 80th birthday celebrated internationally. Events will include a production by Scottish Opera of his opera “The Trial” and a Philip Glass at 80 weekend at London’s Barbican and in the US by the premier of Symphony No. 11 at Carnegie Hall. The next time Phillip Glass takes New York’s new Second Ave Subway, he will be confronted by a nine-foot tall mosaic of himself by Chuck Close, one of a series depicting New York artists (another features Lou Reed).

“What is the meaning of an artist’s life? Or of anybody’s life?”, mused Glass in a 2015 interview. “I’m more and more coming to the idea that it’s the lineage and the connection to the past and the connection to the future — that is the real connection….Does that represent not only continuity, but does it bring us closer to something that’s richer, that’s more interesting? What have we brought to the world and what do we leave behind us and what does the future have for us? The future … is in our children. It’s in our friends. It’s in our work. It’s all around us. I find that the most reassuring when we contemplate living and dying, that [it] really misses the point: It’s not the living and dying, it’s the continuity of the lives that’s important.”