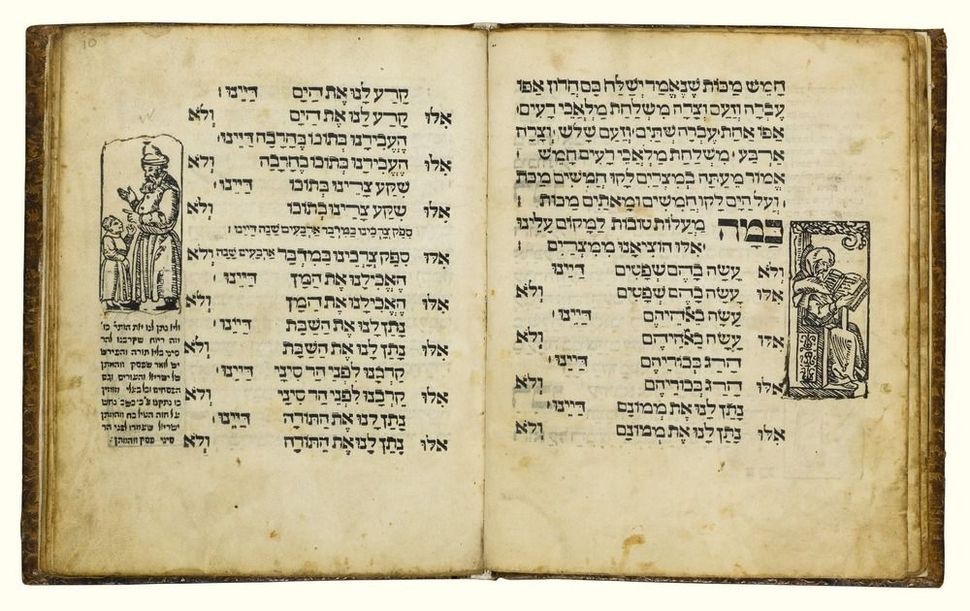 Image by National Library of Israel

The National Library of Israel has just acquired the largest private collection of Hebrew books and manuscripts in the world — including rare treasures such as a 1491 chumash from Lisbon, Portugal, and one of only two surviving copies of a 1556 Passover Haggadah from Prague.

The National Library received 80% of the collection, and the private collectors the remaining 20 percent, according to Haaretz.

The collection spans a millennium, and includes over 10,000 books and manuscripts from all over the world. The National Library of Israel released breathtaking images of remnants of past worlds, such as a charming 1650 document from Frankfurt that teaches the Hebrew alphabet, and a siddur, or prayer book, from 1459 Venice, written on klaf, or parchment.

Previous coverage of the collection in The New York Times, when it was on view at Sotheby’s in New York, described astonishing holdings such as a Hebrew Bible handwritten in England in 1189 — the only dated Hebrew text before the expulsion of Jews from England in 1290 by King Edward I.

The collection was built over 60 years by Jack Valmadonna Lunzer, a British diamond dealer who was born in Antwerp, who died last month at age 92. He told The New York Times, which reported that “he made his fortune as a merchant of industrial diamonds,” that his wish was for the collection to stay together and not be split into parts. “These are my friends,” he said. “I’ll be happy if they are well-kept and respected.”

“Every one of these books is crying its own tears,” he told The New York Times.

Lunzer suffered from dementia in recent years. In late 2015, the most expensive single element in the collection — a Talmud printed by the Christian printer Daniel Bomburg in Venice — was sold for $9.3 million dollars. The buyer was Leon Black, the founder of Apollo Global Management, a private equity firm. Sotheby’s said at the time that it was “a new world record for any piece of Judaica.”