These Are America’s Most Endangered Jewish Communities 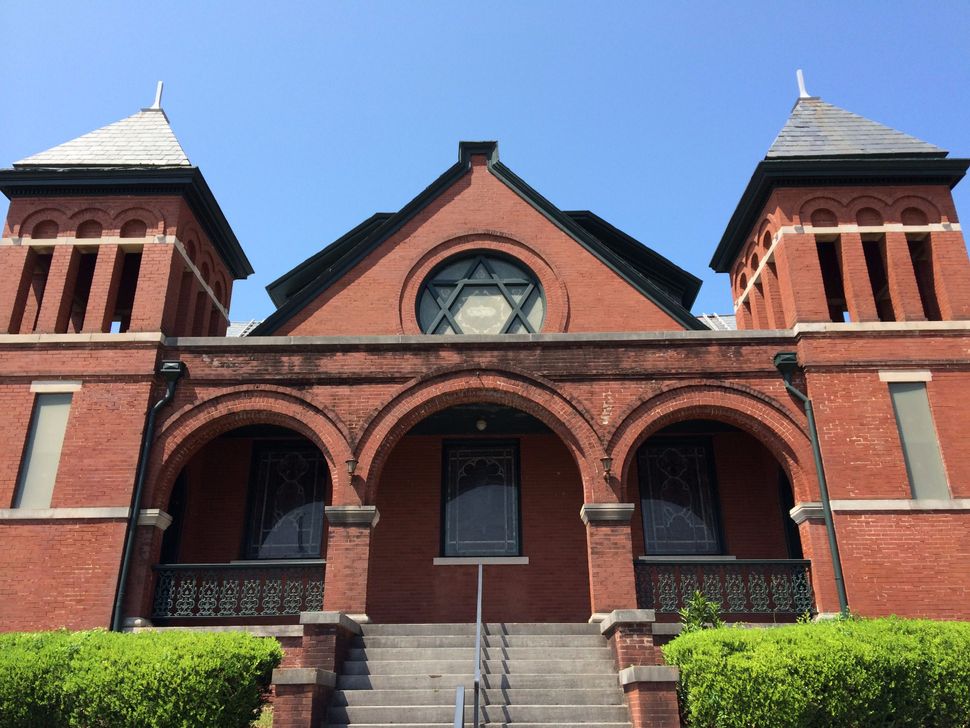 There are 51 names on the list of the dead and the dying. They range in condition from having been diagnosed with a fatal disease, to being in the throes of death, to having already passed from this world, nothing left but a memory. They are in Niagara Falls, New York, and Lake Charles, Louisiana, and Sumter, South Carolina, and for all of them, they have exhausted all hope of survival.

They are some of the once-thriving small-town Jewish communities of America — places that many Northerners and Southerners, Jews and non-Jews alike, never even knew existed, now or throughout history. They were the places where Jewish people — merchants, often — settled in large numbers as early as the 1700s and were thriving contributors to civic life; places where Jews fought in the Revolution, the War of 1812, and on both sides of the Civil War.

“A whole culture is being lost,” said Susan Good, a lifelong former congregant of Temple Meir Chayim in McGehee, Arkansas, which closed its doors last summer. This temple had been planning for “the end” for more than 20 years, working with the Jewish Community Legacy Project, a group that helps congregations in small communities, drained of their Jewish populations by educational opportunities and the lure of better jobs in bigger cities, to die with dignity by developing “living wills” to ensure the legacy of sacred objects, buildings and cemeteries. 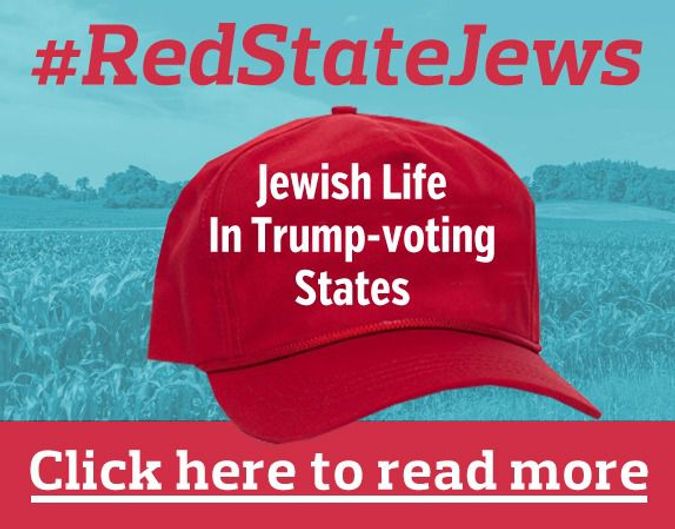 I have traveled to more than 10 dead and dying Jewish communities, mostly in the Deep South, some of which are too-far gone or too-long dead for JCLP to work with. What is heartbreaking is witnessing the remains of Jewish life where there is still something left to save, if only a savior would appear. These are places where the synagogue has been torn down or sold or is having trouble staying afloat due to a dwindling population, or where the old Jewish cemetery — once on the outskirts of town and now in the middle of a development that doesn’t necessarily value it — has only one person, or no one, left to care for it and pay for maintenance or restoration.

In Selma, Alabama, for example, seven Jews, down from 400 to 500 in the 1920s, remain. They are mostly older folks, and Temple Mishkan Israel is only open upon request and for special events like the 50th anniversary of Bloody Sunday in 2015.

In Eufaula, Alabama, a community where grand, gracious antebellum homes line the central boulevard, just one Jewish family is left in a town that once nearly shut down on the High Holy Days. There is no temple, just the city-owned Jewish Cemetery by the Chattahoochee River, with its Hebrew-inscribed headstones and the forces of nature slowly taking it down. 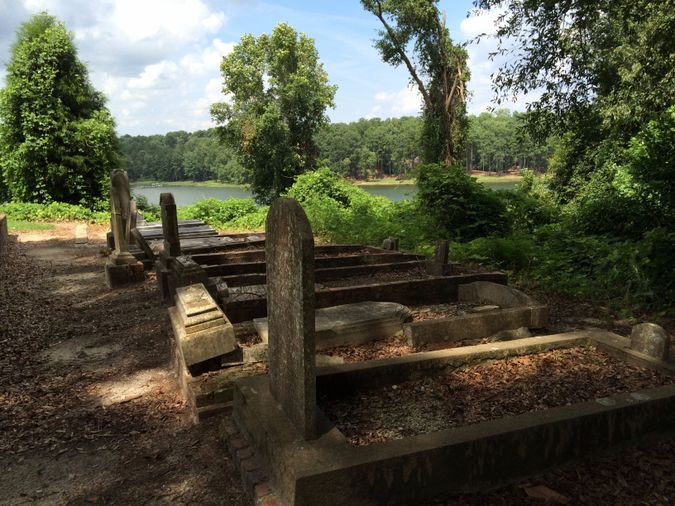 Endangered: A cemetery in Eufaula, Alabama. Image by Sue Eisenfeld

In Natchitoches, Louisiana, Mark Sutton, a descendant of one of the first Jewish settlers of the town — the oldest settlement in the Louisiana Purchase — whose family hasn’t practiced Judaism in two generations, is the lone caretaker of the crumbling Jewish Cemetery, mowing the lawn of the graveyard which dates to 1854.

In some of these small Southern towns, an organization has stepped in to preserve the remnants of Jewish life, keeping the memory of the culture alive and giving these reborn places new purpose. In St. Francisville, Louisiana, for example, although the last of the Jews moved to bigger cities in the 1920s, the nonprofit Freyhan Foundation, named for a prominent Jewish benefactor of the town, now owns the temple and uses it as a concert hall and event space. In Vicksburg, Mississippi, where Jews began arriving in 1820, the Anshe Chesed congregation, which hasn’t had a rabbi since 1980 and whose numbers have dropped to fewer than 11 members, all older than 75, is negotiating an arrangement with a not-for-profit organization to take over perpetual care of the cemetery, a sprawling hilly area adjacent to Vicksburg National Military Park on lands that were part of that Civil War battle, and use the temple building for offices.

And then there is Natchez, Miss., which has 15 Jewish residents left, down from a high of 145 families in 1907. This was a place where Jewish acculturation and integration into the community, starting in the 1840s, was so complete and so appreciated that when Temple B’nai Israel was rebuilt in 1905 after a fire, 600 people attended the dedication of the new building, Jews and non-Jews alike. It’s the place where, even now, when non-Jewish residents don’t feel they fit in anywhere else, they come to B’nai Israel for its music and prayers and non-judgment and solace.

Acknowledging its dwindling numbers over the decades, the congregation deeded the temple to the Museum of the Southern Jewish Experience in 1992, now part of the Institute of Southern Jewish Life, based in Jackson, Mississippi. ISJL, a not-for-profit that provides Jewish educational and cultural programming and rabbinic support to southern communities, small and large, with limited resources but a beating heart, throughout 13 states, is helping to raise funds to upgrade and maintain the temple building. Together, ISJL and its city and tourism (and hopefully other) partners wish to turn it into an event space and museum, a place of “culture, conversation, and community” — for residents and tourists of all religions in this tiny tourist town on the river.

“Nobody wants to see their temple used as a movie theater or turned into a parking lot,” says Elise Rushing, a lifelong congregant of B’nai Israel who has been involved in work to save the temple and gives visitor tours.

Macy Hart, President and CEO of ISJL, says that the push to save the building is not necessarily geared for the few Jews that still live in Natchez, but more “as part of the legacy of the Jewish community that was so involved in making the world better where they lived.” He says it will require “some great neighborly efforts from the non-Jewish community as well, not only in Natchez but from everywhere,” much like its founding and that of so many temples across the South where faith communities have always extended good will toward the Jewish people, engaged in reciprocity in terms of helping out in times of need, and considered the “Jewish church” as important as any other place of worship.

One Friday evening in November of last year, I sat in that temple among approximately 199 other people who had come to Natchez for the annual conference of the Southern Jewish Historical Society. Rabbi Jeremy Simons, a traveling rabbi for ISJL, led the service. He is one of two who in 2016 journeyed as a “virtual synagogue” to make 60 visits to 23 congregations in 10 southern states where there are too few Jews for full- or even part-time rabbis — a service that, over the years, has prevented some small, rural congregations from closing. 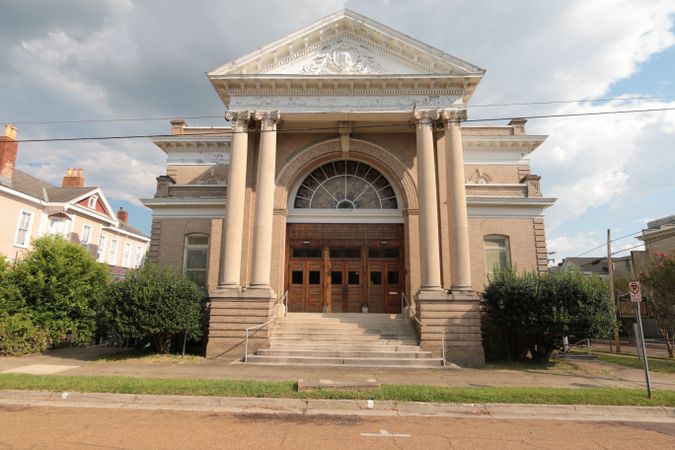 On this night, he recounted how it has been so long since the Natchez temple had a full house of worshippers that he had to reach out to congregations in other states to amass enough prayer books for the service. It was a good problem to have, he said, for so many people to congregate there again, even if for just one remarkable night.

The lights of the temple twinkled in the silence, and the stained-glass windows still shined a muted luminescence into the sanctuary in the evening. The wooden pews that had seemed so hard during our conference now were warm with hips pressing against hips during the packed service. Next to me was a lifelong Natchezian who is not Jewish. She said she first began coming to services and events at the temple years ago because, “I delighted in the space.” And the group was led in a hopeful Shabbat service, praying, singing, renewing or affirming faith in God and, in a sense, each other, in what was likely the last large religious service that congregation would ever host, after 145 years.

The rabbi did not speak overtly about raising funds to save the temple, or about tzedakah, what some might define as giving to charity, or a way to enable righteousness, justice, or fairness — such an important part of Jewish life. He spoke of a different kind of giving. He told us to do our part in saving these places by joining them as members, to sit in the pews of dwindling congregations, to be the lifeblood — or the defibrillator — to keep something valued from slipping away.

“Go, be Jewish!” he seemed to be saying directly to me. Partake. As a cultural but non-practicing Jew and someone who has always lived in large Northern or mid-Atlantic metropolitan areas, I had never felt the call to join a synagogue or engage in religious practice before. I had had the freedom and opportunity to be Jewish whenever I wanted to be. Here, though, in this moribund synagogue, one of dozens with the same fate throughout the United States, the message I heard was, “Don’t take anything for granted; it might not last forever.”

I see now how we must each be like the Ner Tamids burning within these sacred spaces, the eternal lights symbolizing God’s undying presence: We, Northerners and Southerners and Americans of all faiths, must work purposefully to keep those lights aflame — for the world to know these people and places exist, and to preserve the history and traditions and souls and stories they embody, even in unfamiliar and faraway locales; stories of our country, and our humanity, and ourselves.

Sue Eisenfeld is a writer in Arlington, Virginia, working on a new book about the lost Jewish communities of the South.

These Are America’s Most Endangered Jewish Communities