Why Andrew Ramer Is One of Our Most Righteous Men 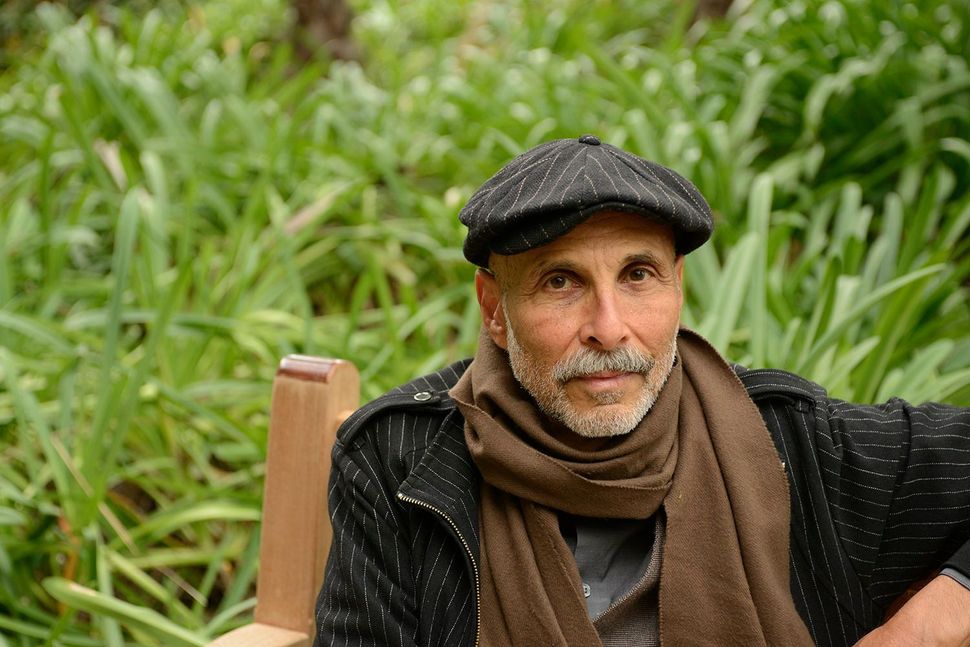 Having spent 20 part-time years in the Jewish professional world, I’ve come to appreciate the Kabbalistic concept of the lamed-vavniks, the 36 righteous people who, hidden from view, are secretly maintaining the world by their good deeds.

What I mean is, the Jewish teachers, leaders, innovators, and mensches who inspire me are mostly lesser known — and often unknown by the mainstream Jewish world. In fact, with only a few exceptions, I’ve noticed an inverse relationship between mainstream fame and spiritual brilliance.

Andrew Ramer is, for me, one of those lamed-vavniks. For decades now, he has spun stories, built communities, and pissed off a whole lot of boring people. Every time he comes out with a new work, I find myself surprised.

Ramer’s new book, “Torah Told Different,” is true to type. I’ve found myself struggling for a way to describe it. It’s not just midrash — i.e., legends based on Biblical text; it’s midrash on invented Biblical texts and counter-histories. It’s like speculative fiction, in which Ramer invents an entire Jewish counter-history, and then tells stories on the basis of it. It’s a great read.

Jay Michaelson: Was there a light-bulb moment when re-inventing the Tanach — here the Tankaz, with its fourth section (partially apocryphal and part your invention) — came to you? Or did the counter-history you tell gradually emerge?

Andrew Ramer: This book began 60 years ago in Hebrew School on Long Island when we read the Torah for the first time, and the story we’d already been told about Abraham smashing his father’s idols wasn’t there. That was a light-bulb moment — “Wait a minute. They left out my favorite part!”… As a teacher and conversion mentor for many years, the storyteller in me listens to the questions I’m being asked and — the opposite of a light-bulb moment — slowly in the dark, words and ideas begin to grow, ways of feeding a spiritual hunger that calls out in the present moment.

To me, “Torah Told Different” felt like “The Red Tent” taken to the next level. You’re imagining the voices of people suppressed by the tradition, like Anita Diamant did, but then also remaking history itself in a counterfactual, science-fiction way. Tell me more about that.

I love “The Red Tent,” and love Dinah. In my last book I gave her a voice in a short story, but here I wanted to go further, or my Jewish muses wanted me to go further. As a boy I loved science-fiction. My alternate subtitle for this book is — “Feminist Speculative-Fiction Theology.” So you’re right-on about that. Recently, at Rabbi Amichai Lau-Lavie’s suggestion, I read Leonard Shlain’s marvelous book “Leonardo’s Brain: Understanding DaVinci’s Creative Genius,” about a man who was equally an artist and a scientist, equally brilliant in both hemispheres of his brain. This morning I was reading an article by a physicist about parallel realities. As a writer who barely passed his science classes, I wanted to use the part of my brain that does function to do the same thing — explore Jewish parallel realities in the best way that I know how.

I’m thinking of the notion of a “usable past” — the search for a tradition that can be of use today, like Adrienne Rich talks about in “Diving into the Wreck.” This feels even more radical, as if you’re saying, I’m not going to play that game, I’m going to imagine a whole counter-history.

Before I was a writer I was a visual artist. I began my journey in higher education wanting to be an archaeologist, and when people want to edit out or white-out part of our inherited texts I am as troubled as I would be if someone found an ancient painting they didn’t like and decided to touch it up. The artifacts of the past are to me sacred, visual and textual, but they don’t tell the whole story. For every artifact dug up, how much was lost? What stories don’t we have? A few years ago I read a brilliant new translation of the Samaritan Torah. Read it! It’s the same — and so utterly not the same. And then explore Karaite narratives. We are so much more complex than we have any idea of… So on one hand yes, I am imagining “a whole counter-history.” But on the other hand, I am imagining what might have been the truth, here or in a parallel reality one-point-five vibrations away from ours.

Tell our readers something about Judith the Wise, who emerges as one of the book’s main heroes. Maybe you also want to wrap in the three Talmuds, female rabbis, and that whole world of which she is a part.

Judith the Wise began as someone I quoted in one of the three alternate/replacement Talmuds I created, from Damascus, Alexandria and Rome. Slowly she evolved, draft by draft, because I needed to hear the voices of women, who were so rarely recorded in the two Talmuds that we do have. So, to quote you if I may, from one of your poems: “It says woman came out of the man and I am putting her back.” I wanted, needed, for there to have been women like Judith the Wise among our ancient elders, so I put her back — the first woman ordained a rabbi, in the fifth century CE, in the days of the Third Temple, which could have been built under the Roman Emperor Julian. Or — she wanted to exist, and told herself through me, as did the fourth section of the Tankaz, the Hebrew Bible, which she was instrumental in canonizing, some of its texts historical and some invented, many of them written by women.

Your own family history is re-imagined here too, to the point where I actually gave up trying to figure out what’s “real” and what is “made up.” Can you say more about that decision, to fictionalize your own biography too?

Late in her life I spent a lot of time with my beloved great aunt Mina, who would tell me the exact same personal stories her oldest sister, my grandmother, had told me, as if they had happened to her instead. What is truth, what is memory, what is history, what is a story? I’ve been writing my dreams down since 1971. They feed my work. So fictionalizing my biography, even transitioning myself to be Andrea in the book, feels to me natural, organic, wholesome, delightful, essential.

Finally, often when I read you I feel like I’m reading a whole other Jewish world. Can you tell us a bit about writers who or teachers who were an inspiration for this book?

Many books and writers: particularly “Gulliver’s Travels” and Norton Juster’s “The Phantom Tollbooth,” which I read over and over again as a boy. Italo Calvino always, Jiri Langer’s book “Nine Gates to the Chassidic Mysteries” — which a Hindu college professor turned me on to it 45 years ago. And Rich who you mentioned earlier, particularly “The Dream of a Common Language.” Everything by psychic Jane Roberts, and Yonassan Gershom’s two books on reincarnation and the Holocaust, “Beyond the Ashes” and “From Ashes to Healing.” Teachers: a very, very long list, chiefly Rabbi Max Ruttenberg as a boy; the remarkable Irene Eber at Hebrew University and the insightful Isaac Kikawada at UC Berkeley; and inspiring rabbis Lynn Gottlieb in my thirties and Dev Noily and Benay Lappe in more recent years. I could go on and on.

And — what are you working on now?

For many years I’ve been writing tiny stories about Feigelman the Jewish vampire, for a wonderful short fiction website called Doorknobs & BodyPaint. Slowly my interest in characters who exist for centuries sent me off in another direction, writing about a timeless character from our tradition, but not Elijah. Stay tuned!

Why Andrew Ramer Is One of Our Most Righteous Men