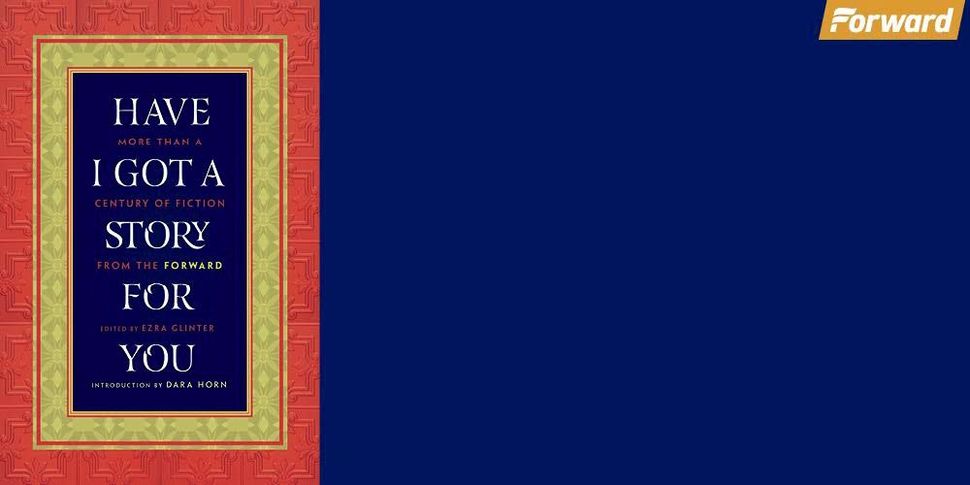 On a brisk December night, a crowd gathered into the Center for Jewish History anticipating the launch of an exciting new book. “Have I Got a Story for You” translated 42 astonishing Yiddish stories into English for the first time. The touching collection of Yiddish stories intertwined the old world and the new, traditional and modern, to give a sense of what it was, and is, like to be a Jewish Ashkenazi immigrant.

As part of the conversation, the Forward asked to hear the first sentence of your Jewish story. “Have You Got a Story for Us,” called upon people of different ages and backgrounds to give a window into their complicated and wonderful lives.

Today, we celebrate the five winners of the sweepstakes! Each lucky winner receives a free copy of “Have I Got a Story for You,” and gets there story published in the Forward.

In no particular order, read the sentences of the most entrancing, intriguing, and bewildering one-line stories that were submitted to the Forward:

Mr. Klein, originally a farmer from Russia, worked in a diamond mine so he could save enough money to put his children on a boat to America.

My biggest problem should have been how to introduce my Puerto Rican mother-in-law –to- be to my Polish Jewish mother, but getting my father to wear a kippah at my wedding in the Tremont Temple Gates of Mercy synagogue turned out to be far more fraught.

I’m an Orthodox Jew and a transgender woman.

When my grandmother moved in with us, I thought that she would teach me to bake, cook and create culinary masterpieces, but that was not to be since she ruled the kitchen like a general and only one balaboosta was allowed in this house.

These sweepstakes winners tickled us, but they weren’t the only ones. The stories below are just as entrancing, intriguing, and bewildering, but didn’t have luck on their side to win the sweepstakes. Read them and write the rest of the story – in your head, or on paper.

This is the true story of me and my Jewish horse, Gei Schnell, and the craziest Rosh Hashana this yeshivah boy has ever had.

Isidore Wilner tugs hard at the metal grate that slides down over the front window of Papa’s Butter & Egg Market, secures it with the padlock, and, out of breath, turns to trudge home through the wet December slush on the grey-dark streets of Paterson, New Jersey.

When Roi came along, I wasn’t looking for a return on investment, but there he was!

There was a very good reason that she didn’t tell him that she was Jewish.

My grandmother spoke only Yiddish and loved America, television wrestling, Eisenhower and me.

A man for all seasons, this Lithuanian immigrant, my paternal grandfather, my Papa Sam, would travel every Sunday of my childhood from Brooklyn to Long Island to sit regally on a lawn chair in front of our 1950’s split level , smoking a cigar and reading his Forward.