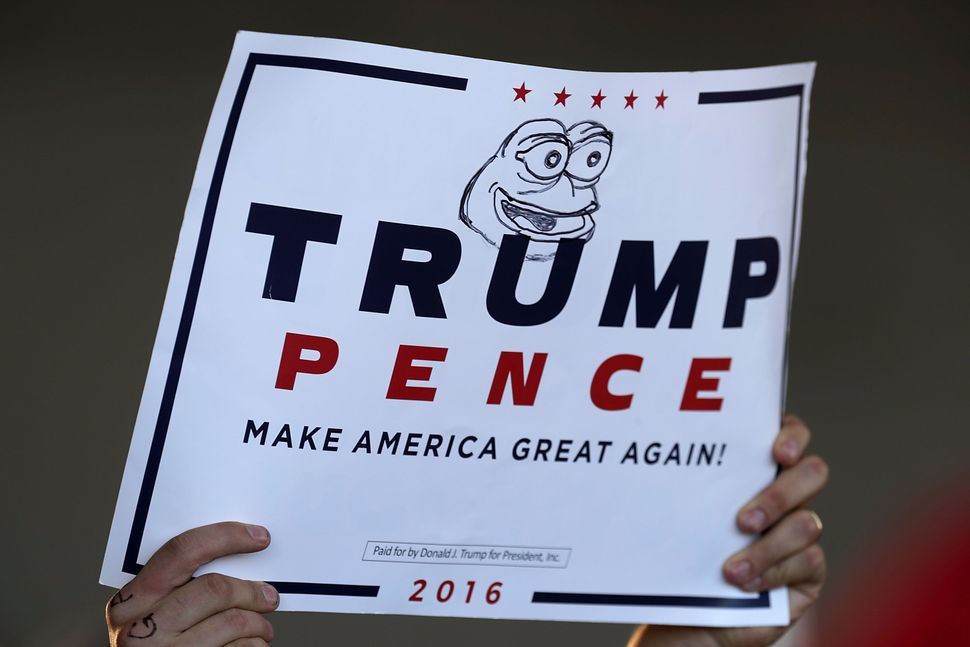 Last week, Vice published a guide to help you navigate the worst that America has to offer: alt-right/Nazi/fascist/racist memes. As Justin Caffier of Vice points out, “Internet memes are, by and large, the currency in which these young nationalists trade, eschewing the stuffy, articulated treatises of ‘Mein Kampf’ in favor of more virality-friendly catchphrases and image macros to be proliferated around image boards and subreddits.”

Why should you care about the memes (both pictorial and verbal) used by internet fascists? Short answer: you shouldn’t. Long answer: keeping up on your fascist vocabulary can help you spot these people online. It’s less important that you know who the trolls are than that you are able to spot when these fascist signifiers begin to appear in the feed of a purportedly mainstream personality. This is how you know which of your politicians or celebrities or media outlets have been infected with the incoherent adolescent Nazism of the alt right.

Vice’s list starts with the ubiquitous “Pepe the Frog,” but also delves into more esoteric territory with memes like “Moon Man” and “Deus Vult.” The inanity and stupidity of the memes, though entirely fitting (not least because they are made by morons, but also because all memes, by their very nature, are kind of dumb), somehow enhance their menace. This list is only a primer, internet subcultures constantly breed new inside jokes. If you really want to explore this world, there’s a whole 4chan rabbit hole to go down, but here’s my advice: don’t.