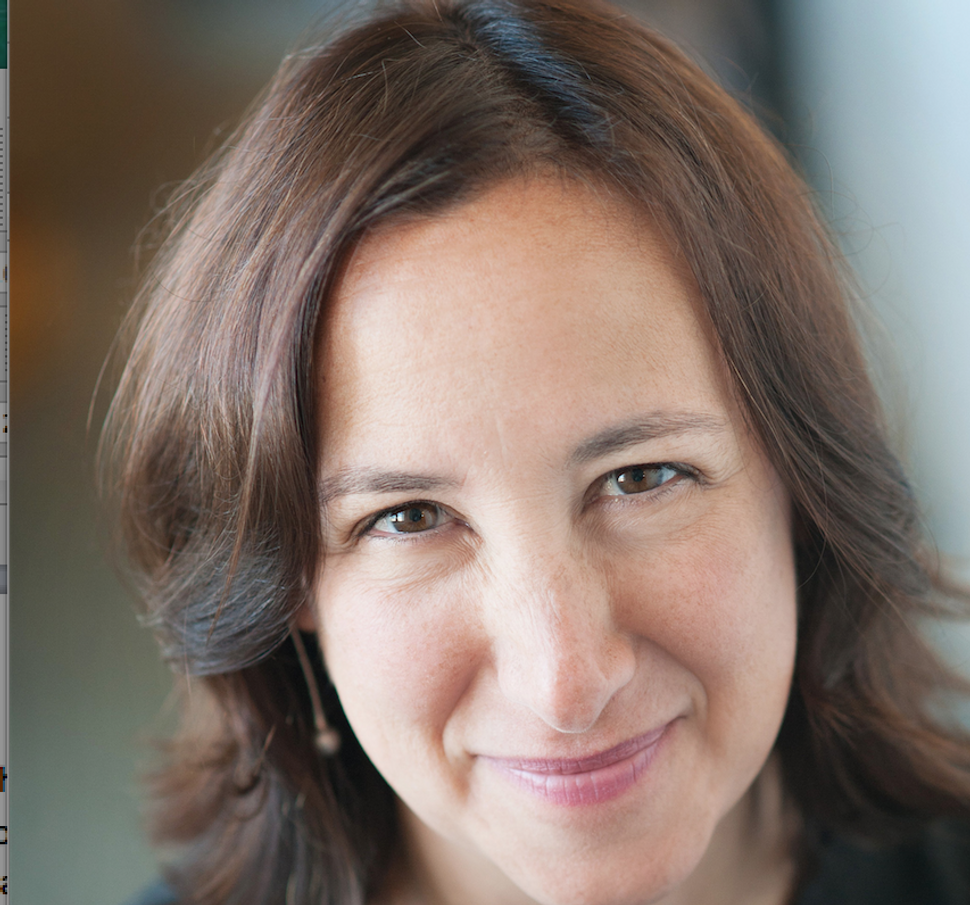 President Donald Trump’s administration is considering eliminating The National Endowment for the Arts, according to a widely cited but unconfirmed report on plans for sweeping Federal budget cuts that was published in The Hill. The idea of removing the NEA has been sparking outrage in America’s artistic and literary community.

“The estimated security cost for Melania living 200 miles away from Trump is double the annual budget for the National Endowment for the Arts,” wrote Ryan Chapman, managing director of marketing and digital projects at BOMB magazine on Twitter.

The Forward’s Aviya Kushner asked NEA Literature Director Amy Stolls, who has also worked as a novelist and an environmental journalist covering the Exxon Valdez spill, to explain what the NEA does for literature and why it matters so much to America.

Aviya Kushner: The NEA’s support of individual writers has shaped American literature. Since 1990, a staggering 96 of the 166 American recipients of the National Book Award, National Book Critics Circle Award, and Pulitzer Prize in poetry and fiction received NEA Fellowships earlier in their careers. Why is early-career support so important?

Amy Stolls: The NEA’s Creative Writing Fellowships enable recipients to set aside time for writing, research, travel, and career advancement. While this support – both financial and non-financial — can be important at any stage of a writer’s journey, it can be particularly encouraging to someone just starting out, trying to gain recognition and get a foothold on what a writer’s life can be. Examples of this abound. Take Alice Walker: she received her NEA fellowship in 1970; in 1983, she became the first African-American woman to win the Pulitzer Prize in fiction for “The Color Purple.” There’s also Louise Erdrich, Michael Cunningham, Maxine Hong Kingston and current Poet Laureate Juan Felipe Hererra. More recent fellows include Celeste Ng, Major Jackson, Sandra Beasley, Teá Obreht, and Justin Torres. 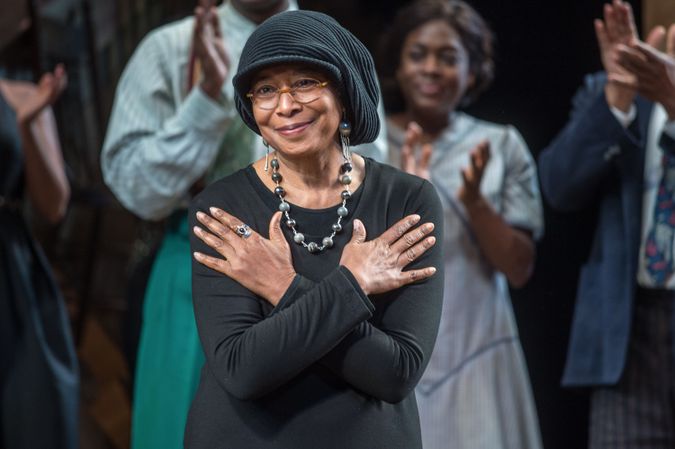 Alice Walker: One of countless artists who has benefited from NEA programs. Image by Getty Images

What steps does the NEA take to make sure the application process is fair and open to all? How are judges selected, and how do they reflect America?

The NEA creative writing fellowships program is arguably the most egalitarian grant program in its field: applications are free and open to the public; fellows are selected through an anonymous review process in which the sole criterion is artistic excellence; and the judging panel varies year to year and is always diverse with regard to geography, ethnicity, gender, age, life experience and aesthetic taste.

The NEA is also a major supporter of literature in translation. Currently, only three percent of books published in the U.S. each year are translations — meaning 97% of available books come from the English-speaking world. How many languages and countries have been represented in the NEA’s translation fellowships? How does funding the translation of international literature help Americans understand the world?

The NEA’s translation fellowships program is one of the oldest, largest, and most consistent funding opportunities for literary translators in the U.S. and has had a significant impact on the quality and quantity of international literature available in the U.S. Since 1981, the NEA has awarded 410 fellowships to 363 translators, with translations representing 66 languages and 77 countries. As NEA Chairman Jane Chu said in her preface to our free anthology “The Art of Empathy,” “Bringing other voices to the American public, voices that we might not hear otherwise, makes the country as a whole a better place.” Translation gives us insight into other countries and other points of view, as well as access to talented international writers.

Translators cheered when the NEA published “The Art of Empathy: Celebrating Literature in Translation.” In your introduction, you wrote: “Our goal for this book was simple: to illuminate for the general reader the art and importance of translation through a variety of points of view.” What inspired the Art of Empathy project?

I’m encouraged to see the anthology being used in classrooms across the country. The NEA has a long history of supporting translation and this publication was an opportunity to both educate people about the skill and creativity it takes to do literary translation well, while also celebrating the individuals who have dedicated their lives to this work The NEA’s publications are quite varied: they range from research reports, such as the “Survey of Public Participation in the Arts,” to publications, such as “The Art of Empathy,” that delve deeply into a subject, but all share the common goal of informing and educating the public about the role of the arts.

Yes, apart from our grants to support publishing, which encompasses projects from small and independent presses, as well as print and online journals, we also provide grants to support audience and professional development, which includes projects from literary centers, libraries, book festivals, service organizations, and other entities that feature readings, craft workshops, retreats, podcasts, book discussions, conferences, community outreach and other activities.

Many Americans may not know exactly how the National Endowment for the Arts supports readers and writers. The Big Read is one of the NEA’s largest and most visible programs. What is it, and how many Americans have participated in it so far?

The NEA Big Read is an initiative aimed at broadening our understanding of our world, our communities, and ourselves through the joy of sharing a good book. The main feature is a grants program that supports about 75 dynamic community reading programs annually, each designed around a single NEA Big Read selection. Each program that receives an NEA Big Read grant — which ranges between $5,000 and $20,000 — lasts about a month and includes a kick-off event, often attended by the mayor and other local luminaries; major events devoted specifically to the book (like panel discussions and author readings); events using the book as a point of departure (like film screenings and theatrical readings); and book discussions in diverse locations involving a wide range of audiences. Over the last decade, the NEA has provided more than $18 million in grants to more than 1,300 Big Read programs. In turn, grantees have leveraged nearly $42 million in local funding to support their Big Read programs. More than 4.8 million Americans have attended an NEA Big Read event, roughly 79,000 volunteers have participated at the local level, and over 37,000 community organizations have partnered to make Big Read activities possible.

How does the NEA choose the Big Read titles? What are a few recent books that have been part of the program?

To celebrate the initiative’s 10th anniversary, we announced last July a new focus for the Big Read library on contemporary authors and books written since the founding of the NEA 50 years ago. Our list of books now includes 28 titles, 13 of which are new to the program, like Emily St. John Mandel’s apocalyptic novel “Station Eleven,” Claudia Rankine’s cross-genre book on racism “Citizen: An American Lyric,” and the bestselling Chinese novel “To Live” by Yu Hua (translated by Michael Berry). The authors hail from across the country and represent a range of ages and ethnicities, with more than half of the books by female authors. The list also features a range of genres, including novels, short stories, memoirs, poetry, and books in translation. We collect suggestions for new titles from a variety of sources, including the public, grantees, participants, and panelists. The NEA narrows the list of suggestions based on criteria that includes the capacity to incite lively and deep discussion; the capacity to expand the range of voices, stories, and genres currently represented in our Big Read library; the capacity to interest lapsed and reluctant readers and/or to challenge avid readers and introduce them to new voices; and the capacity to inspire innovative programming for communities. A committee of outside readers representing a range of voices (including librarians, booksellers, general readers, and event planners) review the books and make the final recommendations.

Anything else you’d care to tell us?

Many people might not know that the NEA awards 40% of its grantmaking budget directly to the states through their state and regional arts agencies. They might not know that NEA awards grants to organizations directly that reach every district in the country every year, and that these grants provide a significant return on investment of federal dollars with $1 of NEA direct funding leveraging up to $9 in private and other public funds, resulting in $500 million in matching support in 2016.