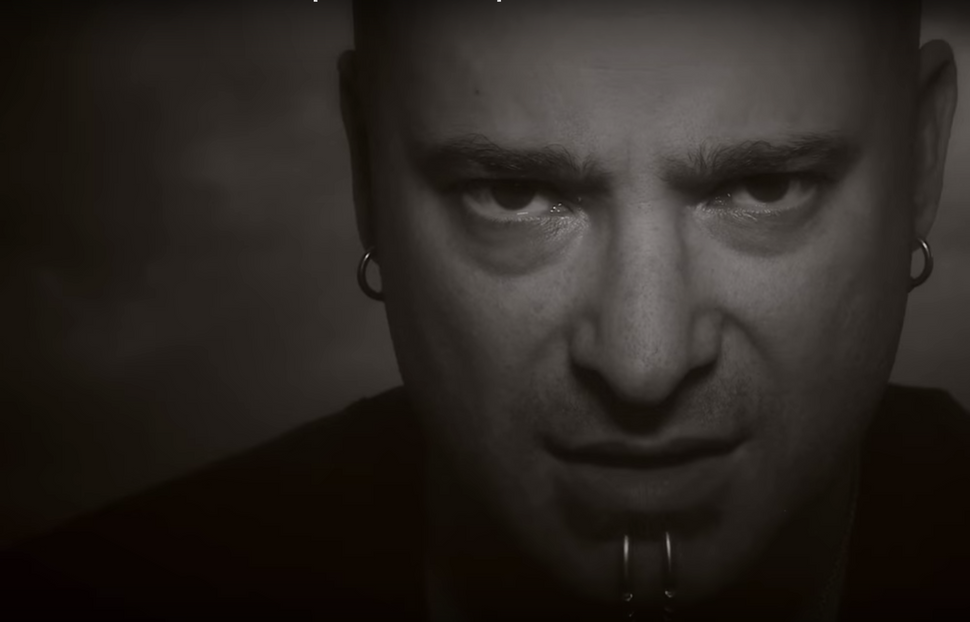 (JTA) — Before David Draiman became famous as the singer of the heavy metal band Disturbed, he trained to be a cantor.

That didn’t go so well. Growing up in Chicago, he was expelled from three different yeshivas, and after a rowdy night of Purim drinking as a teenager, he blew up his high school rabbi’s van.

While that may have made him notorious among local kids back in the day, seven Disturbed albums and millions of record sales later, Draiman is now best known for his guttural vocal yells — not his Jewish school antics.

This year, Disturbed is nominated for a Grammy is cover of Simon and Garfunkel’s song “The Sound of Silence” — something that brought Draiman, 43, back a bit closer to his cantor-in-training days.

Instead of churning out a loud, heavy-metal version of the song, the group decided to keep their recording soft and acoustic. Draiman got to showcase his smoother, classically-trained voice — which reminded him of the days when he thought he might one day lead a Jewish congregation in song.

“I was so overwhelmed with emotion listening to the way my vocals sounded in that beautiful bed of music,” Draiman told NPR last month. “Not having heard my voice in that way for so long, it was really just very, very overwhelming.”

He also revealed to NPR that he seriously considered becoming a rabbi.

“My religious upbringing was always something that was difficult for me to swallow willingly, but the intellectual aspect of it, the academic aspect of it was very, very appealing to me,” he said. “Studying to become a rabbi or heading down that path is really all about becoming very engrossed and very adept at interpretation of Jewish law, of the Talmud. And I had to learn to find my own truths, and little by little, as they say in Judaism, I ‘left the path.’”

Today Draiman is pretty secular, though he calls himself “intensely spiritual.” He is also a big fan of fellow Jewish musician Paul Simon.

“If we are blessed with winning the Grammy this time, I would have to dedicate it to the original songwriter himself, to Paul Simon,” he said. “No one can really take away the sheer utter brilliance of the composition of that song.”