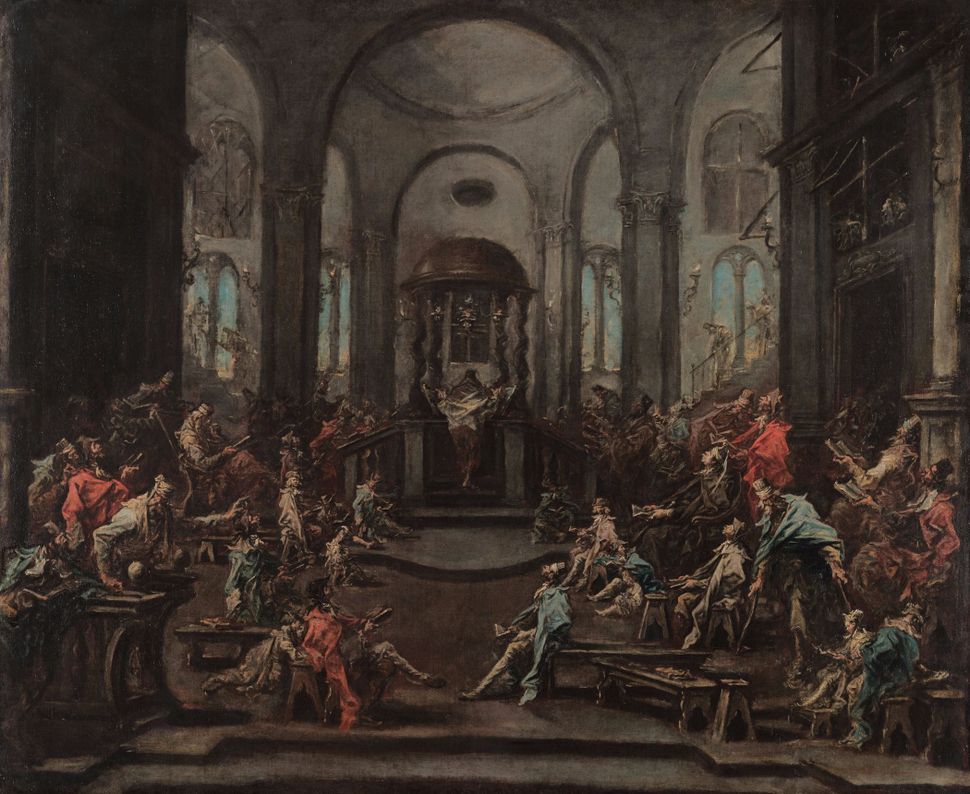 Nearly 275 years after Alessandro Magnasco’s death, experts still aren’t sure what to make of his work — particularly four paintings of synagogues.

Known as il Lissandrino, Magnasco was born 350 years ago Feb. 4th. He wasn’t Jewish, but synagogues were among his most frequent subjects, notes the Cleveland Museum of Art, which owns “Interior of a Synagogue” (c. 1725-35). The museum describes the work as “mystical, dark, and imaginative,” adding that the artist likely viewed Jews as outsiders. “Magnasco’s personal views on Judaism in Italy remain unknown,” it states.

Some 350 miles west, the Art Institute of Chicago owns Magnasco’s “The Synagogue” (1725-35). A third Magnasco synagogue resides in Florence’s Uffizi Gallery. Here, a rabbi covers his head with a tallit and officiates from within a circle of candles, which may be a reflection of Magnasco’s lack of experience with synagogue services, though some scholars insist he would have been familiar with the Livorno synagogue.

In Magnasco’s Uffizi painting, male worshipers occupy the benches on the ground level, and women peer out from screens on a secluded balcony above. There is also, apparently, a painting depicting a “school of Jews” that Magnasco depicted several days before his death, which some scholars refer to as “Sermon of the Hebrews in the Synagogue of Livorno.” Finally, Magnasco appears to have painted a “Jewish Funeral” as a companion piece to a “Homage to Pluto.”

What then does all of this mean? Was the gentile painter enamored with Jews to the extent that he sought to glorify and glamorize synagogue worship in a canon otherwise dominated by church scenes? Or is there, perhaps, something darker going on here? 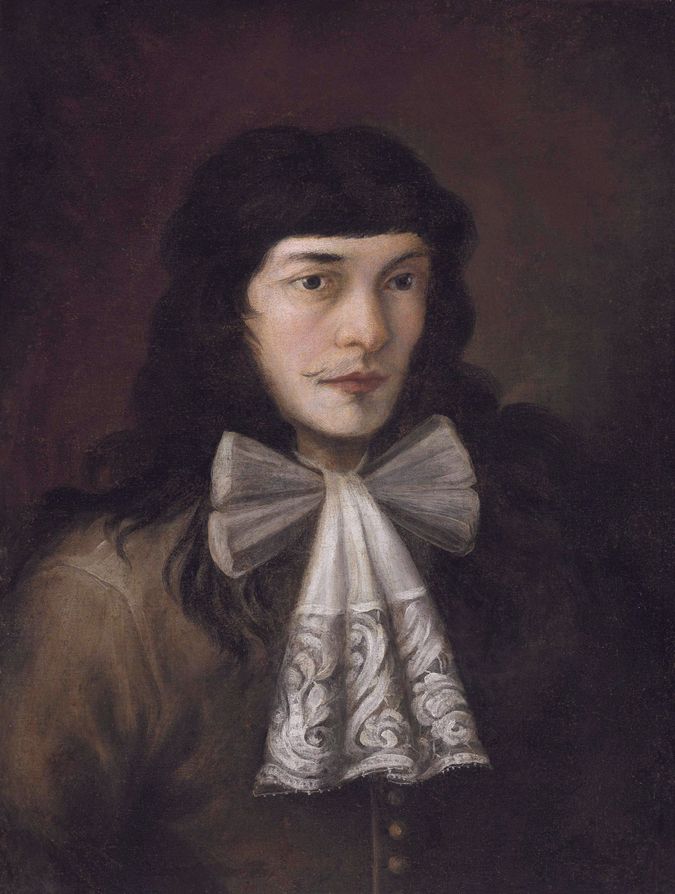 Self Portrait of Alessandro Magnasco Image by Wikimedia Commons

Magnasco, whose work appears in collections that include the Getty, National Gallery of Art, the Met, the Hermitage, the Louvre, the Prado, and the Rijksmuseum, enjoys a solid reputation. His “St. Joseph’s Dream,” for example, sold at Christie’s in 2013 for more than $110,000, well above the $50,-$80,000 lot estimate. But there’s also another body of work.

Magnasco’s “Interrogations in Jail” at Austria’s Kunsthistorisches Museum, may depict the Inquisition torturing people. That subject appears to also surface in two works at Frankfurt’s Städel museum: “Torture Scene” and “Methods of Interrogation.” It’s tough to judge artist’s ethical views from the way they handle paint, and many depictions of subjects don’t amount to celebrations of any sort, but there isn’t anything in the works that viewers can cling onto and cite as definitive elements that Magnasco is indicting rather than memorializing the Inquisition’s activities.

In a 1949 catalogue raisonné of Magnasco’s works, Benno Geiger observed, “Magnasco was neither a jesting atheist, nor a Catholic bigot, nor an arid Protestant, but something better, that is to say, having taken up painting, he was above everything else a painter.”

And if in Magnasco’s depictions of everyone from “the washerwoman to the saint, from Christ to the rabbi … a whole world appears lived and concluded,” Geiger writes, “all this is not, in my opinion, the fruit of a tendency of some sort, whether political or sectarian, or of some secret lodge to which the painter belonged, but the vibrant and pictorially naive expression … of whatever he saw before him day after day.”