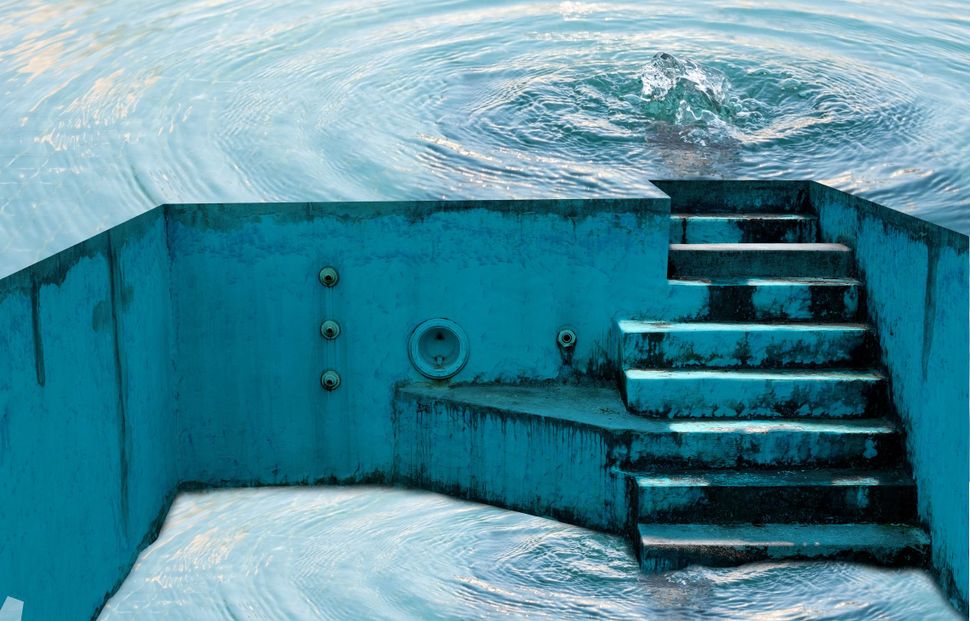 I was 18 and in love. The diaphragm a Planned Parenthood clinic had taught me to use had failed. Or I had failed, in my clumsiness, to insert it properly. I was pregnant.

I was in California finishing up my degree at UC Berkeley, trying to concentrate on papers and exams, but I also knew that I had to make a decision fast. Another panicky visit to Planned Parenthood did not help. My pregnancy confirmed, the doctor and nurses were kind, but there was nothing they could do. No doctors performed abortions at Planned Parenthood before the Roe v. Wade Supreme Court decision in 1973. It was illegal. That impasse gave me time to think: Did I want an abortion? Was it the “right” thing to do? Would the memory of this lost child stay with me for the rest of my life? Is an embryo a child? These are not questions that can or should be avoided by those of us who take as a given a woman’s right to choose. Yet they exist, they must be faced.

Though my mother and I had never been confidantes, I decided to call her. Before she had become a psychiatrist she was an obstetrician-gynecologist who worked pro bono one day a week at Planned Parenthood in New York. She was an emancipated woman whose uncle — the physician for Vienna’s trolley union — had encouraged her to go into medicine. She finished her studies just before the Nazi invasion, and fled with her then lover — my father — to America. My father did not want children. “Why bring more Jewish children into the world only to be slaughtered?” he once told me. But my mother did want children, and she tricked him one night when she knew she was ovulating. No diaphragm. And though a rabbi had married my parents soon after they landed in New York, the marriage had always been a sham. My father was skiing with his new girlfriend on the day I was born.

There was an unintended irony in having a European free thinking mother in that moment of my still young life. I had proudly entered a Planned Parenthood clinic on my own, 3,000 miles away from where I grew up, my mother’s feminist influence and example embedded in my psyche, and then failed to insert a diaphragm properly. And though I kept telling myself it was not my fault, I felt that it was.

I was relieved that my mother did not berate me. Instead, she began to call around her doctor colleagues and friends. She assumed I wanted an abortion. Had I told her that I wanted an abortion? I can’t remember. The hormones had kicked in; I wasn’t sure. But I was afraid to admit my uncertainty. A week passed, and my mother phoned to say that she could not find a doctor to “perform” an abortion. I thought of that word — perform — and imagined doctors dancing inside my womb with the radio tuned to my favorite pop station.

The days became a haze of indecision and fear. Should we — my boyfriend, Jim, and I — get married? How would we support a child? What about graduate school? We weren’t ready for any of this. And so, eventually I decided to terminate the pregnancy, a clinical term for an emotionally charged elective medical decision.

Operation Abortion began. The logistics were complicated because my mother now had the names of two doctors in Puerto Rico. She would pay for airplane tickets in New York, but it was a cash-only business; she had purchased a money belt.

“Will you pay for Jim’s flight?,” I asked, knowing the answer would be no. My mother was tough on men, and anyone I chose would be no exception. I ignored her disinterest in the man I loved, hoping that on meeting, all would be well. Jim had insisted on coming with me. He had savings. “What better use,” he said.

It was a long flight. Jim and I held hands, we cried, we asked ourselves again if we’d made the right decision, if I had made the right decision, because, ultimately, the decision was mine, not ours. And then we landed in a holiday destination tropical paradise. Except it wasn’t. The shanties on the way into San Juan from the airport were alarming. Though a United States Commonwealth country, Puerto Rico was still starkly underdeveloped. These doctors my mother had found — who were they? And where were their offices?

My mother met us at a small hotel in San Juan. Her helpfulness on the phone had dissipated. She was annoyed with me and with Jim. How could we be so foolish? I knew it was the stress of being alone in this strange place. The furtiveness of the arrangements was an echo of her escape from Europe. But there was another, more immediate reason for her annoyance: She was a doctor, and was worried that her own license might be in jeopardy if anyone discovered she’d arranged an abortion, even though it was offshore.

The next day, we left Jim behind at the hotel and set out in a taxi to a very poor neighborhood just outside the city. My mother said she’d promised the doctor it would be just the two of us. Our instructions were to debark several blocks away and walk. That also did not feel right. Nothing felt right. Yet I agreed. I agreed because I was frightened, because there was no stopping now, I told myself, no turning back.

The street was dusty and barren, except for a couple of low-slung adobe houses. We were on the outskirts of San Juan, but in what direction had we traveled? How would we get back?

My mother looked at her notes and we stepped up to a wooden door. Three sharp knocks and it opened into a small, well-kept waiting area, clean and light, every chair occupied by a woman and a companion. No men except for the doctor, who came out at regular intervals to lead his next victim into a back room. Were those screams we heard through the heavy doors?

“Now I know the meaning of a backroom abortion,” I said to my mother. She took my hand but said nothing. This surprised me. Surely, as a doctor, she would have one or two questions about hygiene, for example. But when the doctor came out to get me she stayed in her seat. She didn’t embrace me or wish me luck or fortitude. She didn’t prepare me for pain. Did she know there would be no anesthetic? Her silence was out of character; she, too, I now realize, must have been frightened.

The doctor was efficient and it was over fast. But I was in agony and sobbed and screamed all the way through it. Once off the table and dressed, I was handed some pills and a sanitary pad, and led back into the waiting area by one of the nurses. My mother handed over $500 in cash. We left through the back door, where there was a line of taxis waiting.

Back at the hotel, Jim was pacing nervously. Was I okay? I was not okay. Something hurt, but what? I lay down and slept for two hours. My mother went down to the pool for a swim, and when she returned she had a story to tell about a toddler who had just drowned; there was no lifeguard on duty, and though she had the skills necessary to revive the child, she had not identified herself as a doctor and instead retreated upstairs. Now she blamed herself for the child’s death, a perfect metaphor for what I had just endured in a backroom abortion. I had killed an unborn — something — and endangered my own life. I began to tremble. “Please turn off the AC,” I said. “I need some air. I need to get out of here.”

By the time we landed in New York the next day, I had an infection. Thankfully it was not serious, nor had the backroom abortionist damaged my reproductive organs. I was lucky. Many women before and after me bled to death on their bathroom floors and were never able to bear children.

December 15, 2016, weeks away from President-elect Donald Trump’s inauguration and his promise to nominate an anti-abortion judge to the Supreme Court, an article appeared in The New York Times: “It’s an idea that has long been used as an argument against abortion — that terminating a pregnancy causes women to experience emotional and psychological trauma.” One thousand women were studied. No mental health problems or long-term ill effects were reported; women are resilient, abortion is routine. All this was true for me, certainly. But as the years accumulated, and we raised a daughter, I began to feel an odd kind of regret. Suddenly I remembered how easily I’d gotten pregnant and then ended the pregnancy. Suddenly I thought of Adolf Hitler’s dire promise: to exterminate all Jews everywhere, to cleanse the world of Jews. These thoughts surfaced. And despite their complexity and pain, they have not changed my commitment to a woman’s right to choose.

Back in the 19th century, anti-abortion legislation was part of a backlash against the growing movements for suffrage and birth control. It was also a way for the medical profession to exert its control over women’s health care, as midwives who performed abortions and shared birth control information with their patients were a threat to the male medical establishment, as was Margaret Sanger, founder of Planned Parenthood. My mother had fought these constraints all her professional life. I know she would be both perplexed and incensed that we are still fighting this battle today.

Carol Bergman is a freelance writer in New York City. She is the author of the memoir, “Searching for Fritzi.” She teaches nonfiction writing at New York University, College of Applied Liberal Arts