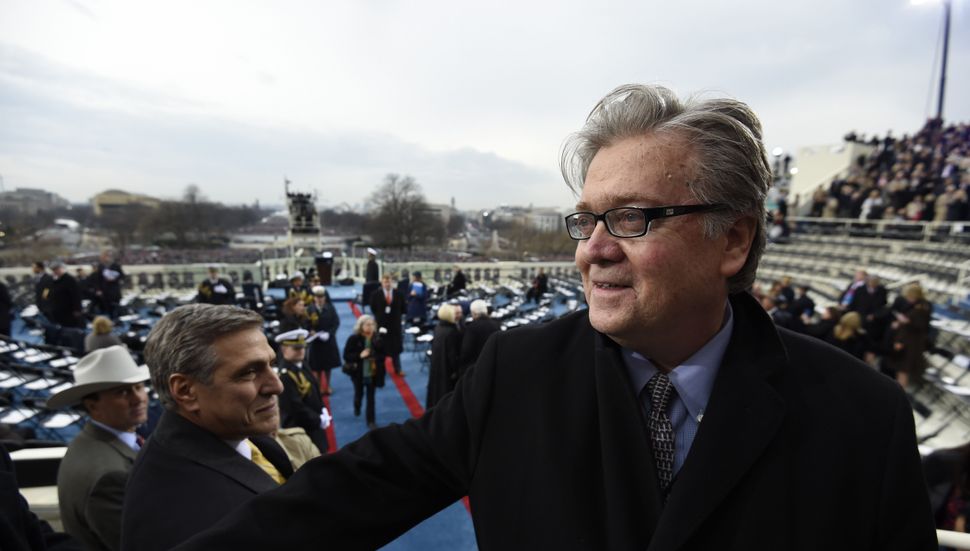 One place where Bannon is entirely consistent though, is his defense of “traditionalism” and “Judeo-Christian values” (I have a feeling that we might differ a little on just what those values are). One philosopher who Bannon seems to have an affinity for is Julius Evola, a little known Italian philosopher who worked in the early 20th century. A recent New York Times article gives us a primer on the philosopher’s work and life, and it is, let’s say, concerning.

Evola’s early life, steeped in Dada and anti-bourgeois, anti-church sentiment, seems to place him in the sphere of the left. But Evola is not a leftist. As Jason Horowitz writes in the Times article, Evola “published his most influential work, “The Revolt Against the Modern World,” which cast materialism as an eroding influence on ancient values. It viewed humanism, the Renaissance, the Protestant Reformation and the French Revolution all as historical disasters that took man further away from a transcendental perennial truth.”

So what was that “transcendental perennial truth” that Evola so craved? “Evola’s ideal order, Professor Drake wrote, was based on ‘hierarchy, caste, monarchy, race, myth, religion and ritual.’” If this all sounds sort of fascist, well that’s because Evola came to influence Benito Mussolini, who was an admirer of his work. The relationship did not run both ways however – Evola considered Mussolini to be too soft (!), “instead he preferred the Nazi SS officers” who, in addition to being more closely aligned with his philosophy, also “shared his anti-Semitism.”

The New York Times, like the rest of us, learned of Bannon’s affinity for Evola from a transcript of a talk he gave at a conference hosted by the Human Dignity Institute, sees Bannon give a pretty wide overview of his guiding philosophy, which is informed by the work of Evola.

If this weren’t bad enough, throughout the talk Bannon pines for the days of “enlightened capitalism” informed by “Judeo-Christian values.” When were these days exactly? Bannon stipulates the years preceding World War One. You know, the years of King Leopold II, of the Herero Genocide, of the Homestead Massacre – the enlightened years.

If you really want to get to know the man behind the president, the “enlightened capitalist,” the “traditionalist” – read the entire transcript, always keeping in mind Bannon’s intellectual forebears.