How Russian Immigrants Taught Us What It Means To Be American 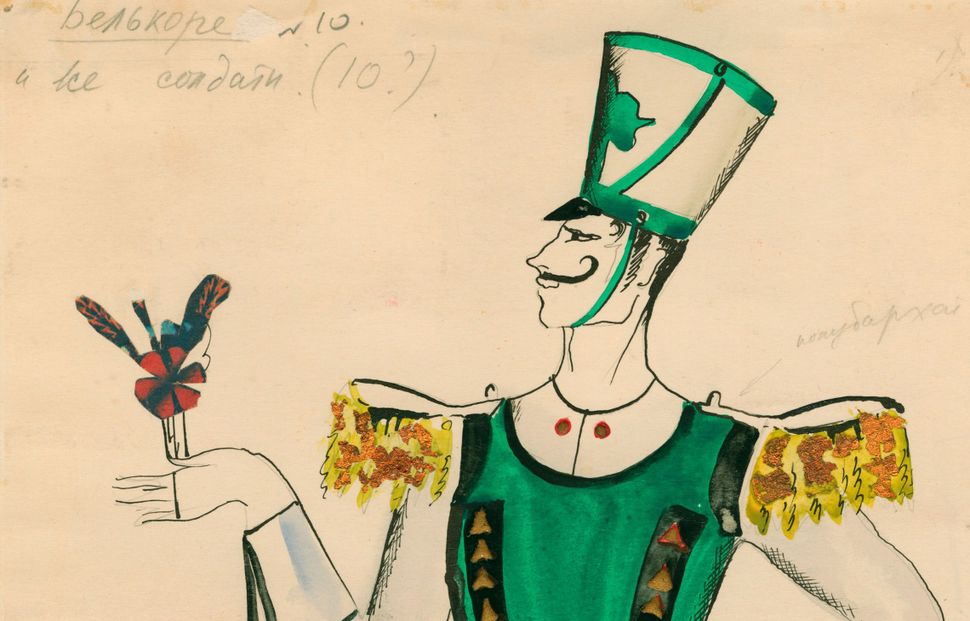 Image by Vera Mednikov Courtesy of the Museum of Russian Art

Almost 40 years ago, when my husband and I were newlyweds, I spotted a flier on a bulletin board asking about volunteers to assist Russian Jewish immigrants moving to the Twin Cities.

“Let’s do it,” I told my husband. “It’s only a six-month commitment. We’ll be in, we’ll be out, and we’ll get some mitzvah points.”

How could we refuse? We are both the grandchildren of immigrants who left Eastern Europe in the early 20th century to board America’s escalator. But, truth be told, I was motivated by more than altruism. We had no relatives here, either — we had been enticed by Wendell Anderson, who at that time was the governor, on the cover of Time magazine, waving a fish — and I longed to have some extended family with whom we could share brunches and holiday dinners, even if they didn’t speak our language.

So, we welcomed Mark and Vera Mednikov and their 5-year-old daughter, Maria, to their sparsely furnished New Hope apartment, where the entire contents of their previous lives fit into a couple of bags — all they were allowed to take with them. We brought groceries; they smiled, not quite sure why we were there. Given that there were about a dozen words in English that they knew, and our Russian was nonexistent, our first meeting looked more like a crazy game of charades.

I’ve been thinking about that first meeting lately — through the ugliness of the presidential campaign, and now, with President Trump’s orders to ban immigrants from seven predominantly-Muslim countries. While the Mednikovs did not flee violence, they came for the same reasons — economic opportunity and a better future for their children — that have always brought waves of immigrants to our shores. I was determined to make that transition go as smoothly as possible.

Our responsibilities included helping the Mednikovs get acclimated to their new country — wading through the bureaucracy of obtaining driver’s licenses, enrolling Maria in kindergarten and fine-tuning their résumés. They had full careers in Leningrad; Mark was an architect, and Vera was a well-known theater set and costume designer. And they were luckier than most, to have landed jobs in their respective professions — especially as outsiders with no connections.

Still, some things got lost in the translation. At work, Mark mentioned on the elevator that he was carrying a snake — instead of a snack — and wondered why his fellow passengers moved as far away from him as possible. Vera never lost the habit of referring to young women as “chickens.” But they were quick learners, taking the ultimate leap of faith: first by uprooting themselves, and then again by having a second child — something that would have been unthinkable back home.

When Greg was born, in February 1980, Vera was awestruck by her new son, but also by her private room at the University of Minnesota Hospital, a far cry from the dismal communal ward where she had previously given birth.

A few months later, we, too, became parents, and our families increasingly shared leisure activities. They introduced us to Nikolai Gogol, borscht and the bliss of mushroom-hunting in the woods. In turn, they never stopped marveling at the abundance of America — the Frisbee-sized elephant ears at the State Fair, the vastness of our national parks, the acres of produce at the supermarket (Mark once spent a week’s salary to fulfill his ailing grandmother’s last, humble request: She wanted fresh strawberries.)

Sometimes, the sheer amount of choice could be overwhelming, like when Vera went shopping for a baby blanket. With Maria, the standard Soviet blanket was scratchy, Army green and given to every new mother. But with Greg, the dizzying array (Cotton or faux fur? Puppies or ponies?) sent her running out of the department store empty-handed.

Eventually, we left St. Louis Park for new jobs in Chicago. But despite the years and the distance, we remained close. The little girl we helped enroll in kindergarten? We moved her into the dorm at the University of Chicago and beamed at her college graduation. We also danced at her wedding, where the vodka flowed, accompanied by endless toasts to the country that embraced the Mednikovs. My six-month experiment turned into a full, sweeping narrative arc.

Not long after, Vera was diagnosed with cancer — a slow-growing tumor that wrapped tenaciously around her spine. In 2009 we returned to Minneapolis to attend her 64th birthday, where she made a brief appearance, supported by an aide on each side. She died a few weeks later.

Now that America has all but rolled up the welcome mat, I am baffled by how we got to where we are today. During the 1980s Russia was our enemy. But no one ever called Russians “Commies” or spray-painted a hammer and sickle on their homes. They were never targets of hate — not from neighbors, not from the community and certainly not from the highest level of the federal government.

“I am fortunate to be a naturalized U.S. citizen, and thankful to the many Americans that got to know my family as fellow human beings instead of succumbing to fear of foreigners,” Maria Mednikov-Loucks said. ”If you want to be respected as leaders, you set an example. You don’t need to say ‘America First’… you just need to act like it.”

Ironically, on the same day that Trump stepped-up deportation efforts, an exhibit of Vera’s work opened at the Museum of Russian Art. It was the kind of affair that she would have loved — with artists, writers and other creative folks.

But me? I was thinking about all the young couples who may never get to step out of their comfort zone and into a cramped New Hope living room, ready to give — but also to receive so much more in return.

Bonnie Rubin is a former reporter for the Chicago Tribune.

How Russian Immigrants Taught Us What It Means To Be American