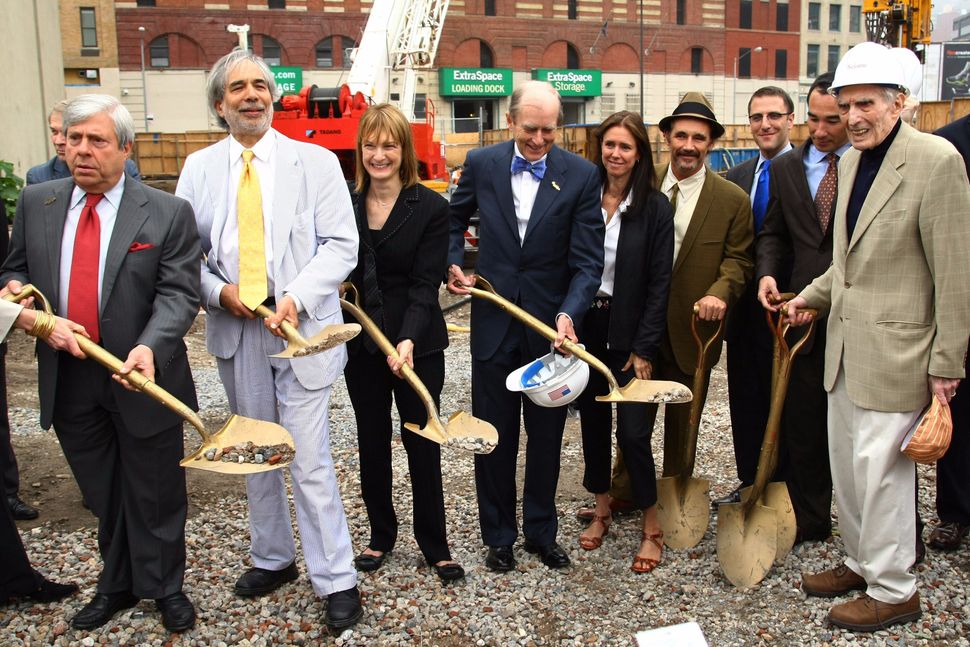 Yesterday, we reported on the death of Stanley Bard, the former head of the Chelsea Hotel, which for decades served as a meeting place and living space for artists of all kinds. Today, we report on another deceased titan of the New York creative scene, Harvey Lichtenstein. Lichtenstein, who led the pioneering Brooklyn Academy of Music (BAM) for over 30 years, died on February 11th at the age of 87. According to the article, BAM was “provincial and poorly attended” before Lichtenstein’s tenure. Upon his arrival at BAM, Lichtenstein breathed new life into the institution – promoting and cultivating new, avant-garde works that many other institutions were afraid to present.

Today, as a tribute, the New York Times has given nine artists who worked with Lichtenstein the space to recount their memories of the influential impresario. Offering their words are such artistic luminaries as Philip Glass, Laurie Anderson and Steve Reich. My favorite anecdote comes from William Christie, the founder of Les Arts Florissants, an early music ensemble. “We first met in the late ’80s,” he writes, “when he’d come to a performance of Lully’s ‘Atys.’” [Lichtenstein] said, ‘I like what I saw and I like what I heard, and I’ve never seen or heard anything like it, and I want it to come to New York.’” That kind of determined adventurism is precisely what has made the BAM the institution that it is today. Christie goes on to write, “The memory of him right now comes at a time when one needs the memory of people, especially Americans, who could actually find themselves in other cultures. He had a sense of world culture.”