Some People Really Need To Stop Calling Themselves Refugees 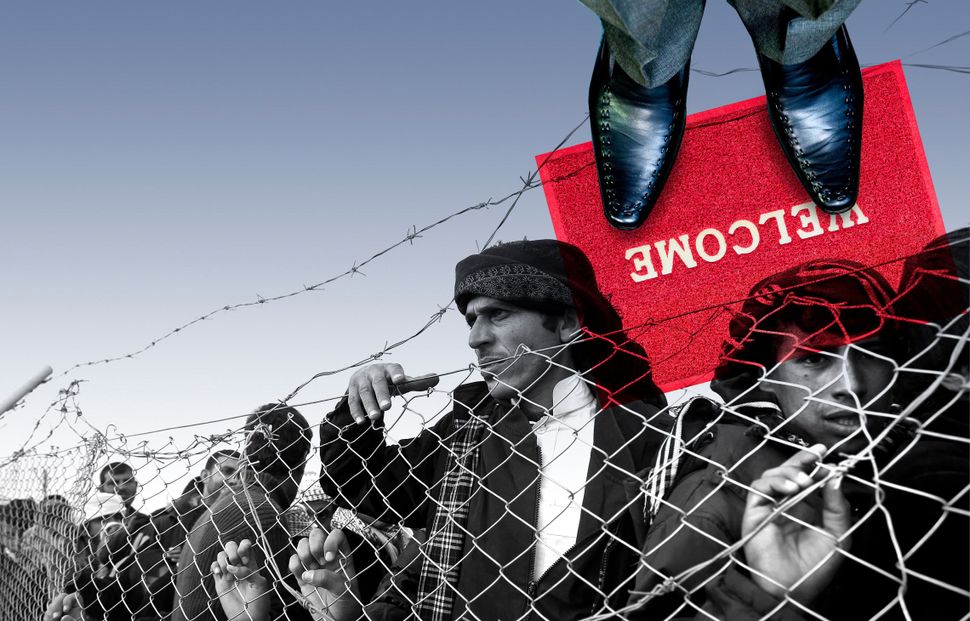 I would never dare call myself a refugee. Nor would I ever hold up a sign that reads “I am a refugee.” Although, technically, I’m a refugee. That is, I’m an immigrant who had entered the United States thanks to my refugee status. That was what they called it in those days — “Refugee Status.” But what it really was was an envelope full of documents. We put it in our bag in Moscow, flew across the ocean and took it out again in New York, in JFK Airport.

But I’m not a refugee. Nothing threatened me in the country from which I “escaped.” Today it’s trendy among the anti-Trump Russian immigrants (the group that I also belong to) to reminisce about their Jewish refugee past. In this way, people are showing solidarity with those who, thanks to President Trump’s executive order, found themselves deprived of the hope to get political asylum in the United States. It’s as though they’re saying: “Look at us — such pretty, smart, successful people. We were also refugees.”

There is something unseemly about it, even shameful. I just read in a respectable liberal magazine about how the parents of a famous writer had been afraid to go to the grocery store — since apparently in 1970s Leningrad, anti-Semites could attack at any moment. A famous journalist had not been allowed to eat with other children as a Soviet first-grader, because her teacher didn’t like Jews. All the children were fed, but not this journalist.

I don’t have any issues with these authors. They left Russia as children, and learned all this from their parents, who somehow, over the years, had come to believe all these horrors.

It’s true that Jews in the USSR had a bad life. But, in fact, everyone’s life was bad. Yes, there were a lot of career problems and related humiliations, and yes, there was everyday anti-Semitism, though what I experienced was quite mild. I never saw anyone’s life or physical freedom being threatened. And the other kinds of freedoms were unattainable to everyone, not just the Jews.

There were those who fought for Jewish immigration, there were underground Hebrew teachers, there were dissidents, and finally, there were writers and artists who could have been imprisoned for their books and paintings. Those were the true refugees.

The day before I was to have my interview at the American Embassy in 1991, my neighbor Yasha, who was also planning to immigrate, offered to rehearse with me the story of my persecution. When he learned that I hadn’t prepared one, he was aghast and immediately offered me several storylines.”How many times have anti-Semites raped your wife?” he asked. I told him that my wife was an ethnic Russian. We had some vodka together, and he went home.

My wife and I sat in the waiting room at the American Embassy and waited. Someone was yelling at the office, so loudly that the whole waiting room could hear it: “Anti-Semites set my apartment door on fire!” A little while later a redheaded man in a worn jacket came out of the office. He was so tiny it was impossible to picture him shouting like that. He looked around the waiting room wildly, for some reason winked at me, and ran out the door.

We were next. A wide-faced man with a luxurious handlebar mustache sat behind a tall counter. He greeted us and motioned to two low metal chairs. After we sat down, he looked at us from above, and, rapping his fingers on the counter, asked with mistrust, “So, how were you persecuted?”

I was stunned. For some reason, I really didn’t expect him to ask this. I swallowed and forced myself to tell him that I hadn’t been accepted to Moscow University. This was the truth. “My daughter was rejected by eight universities. So what?” he said. I was silent. I didn’t know how to respond. He suddenly turned red and, with a menacing expression, said, “Go home!”

We got up and left. I don’t remember another time in my life when I felt so uncomfortable. I didn’t want to return to the embassy that evening to receive my answer, but my wife made me. She said nobody knows, why give up now. I went, and they congratulated me with being granted a refugee status.

But I’m not a refugee. Lately I’ve been contemplating the fact that it is possible that 25 years ago I took someone’s rightful place. Since there are always enough people in the world whose lives are in danger, and the number of rightful places is always limited.

By the way, those people who will not be let in now, whether we want them here or not, are the people who real bombs are falling on. Or they are people who will be killed for practicing their religion. Or because they helped our soldiers fight our idiotic wars. Well, possibly not all of them. But they are the majority.

Translated from Russian by Anya Ulinich

Boris Lokshin is a cultural critic for Russian publications.

Some People Really Need To Stop Calling Themselves Refugees