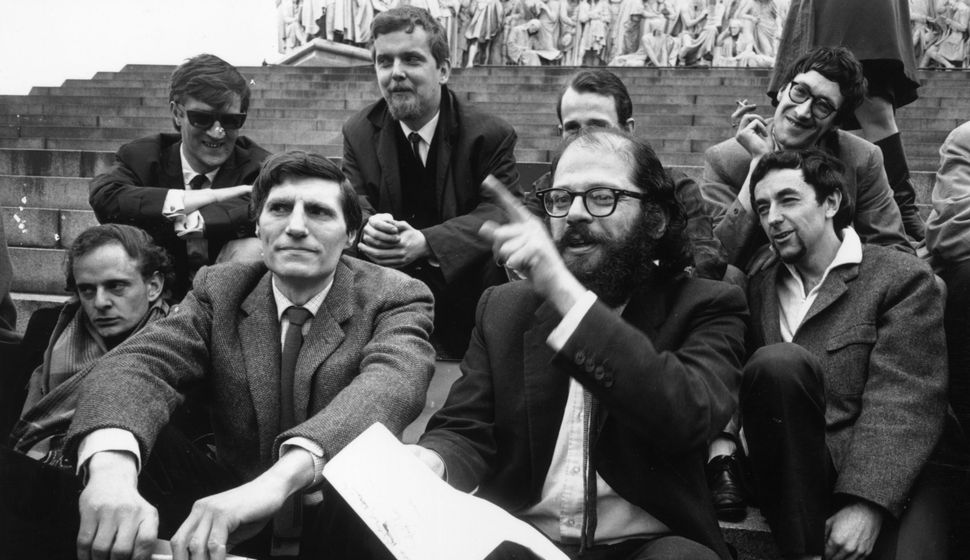 Yesterday, we wrote about the incredible resource that is ubu.com – an internet archive of all things avant-garde. It’s a tremendous place to get lost, but, although it may be the finest, there are other such archival rabbit-holes on the internet (isn’t the entire internet really just one archival rabbit hole anyways?). There’s Monoskop, Memory of the World Library, and now, a recent addition, the digital archive of Maryland Institute College of Art (MICA).

MICA, which according to its website is “the oldest continuously degree-granting college of art in the United States,” just donated a number of rare audio recordings to archive.org. The collection contains readings and lectures by Allen Ginsberg, Elaine de Kooning, and Alice Neel, among others. There are also recordings of group panels and lectures, like “Rethinking The Suburbs” from 1993, and the “Black Mountain Revisited Symposium” from 1985 (“Black Mountain” referring to the college of the same name which cultivated a number of famous artists, like Cy Twombly and Robert Rauschenberg, and poets, like Charles Olson).

In addition to being a wealth of knowledge, the lectures and readings are also just plain cool. There’s something so exciting, so viscerally weird about hearing the voice of a writer or painter you love. With painters in particular, they exist on some other subjective plane – we encounter them through their creations, which speak to us more immediately, but less concretely than literature. Hearing their voices concretizes them, turns them into flesh (with an author we can at least imagine a conversation), removing some of the mythos only to reestablish it in the uniqueness of their person.

As an article on the archive in Open Culture so aptly points out “We find ourselves now in such a situation, as public universities, the National Endowment for the Arts, the National Endowment for the Humanities, and the Corporation for Public Broadcasting face severe cuts or possible de-funding…Such a political move would devastate many of the institutions that foster and preserve the country’s art and culture, and relegate the arts to the private sphere, where only sums of private money determine whose voices get heard. We can, however, be very appreciative of private institutions who make their collections public through open access libraries like the Internet Archive.” This weekend (while the NEA and NEH are still funded), be appreciative, and get lost in a good archive or two.