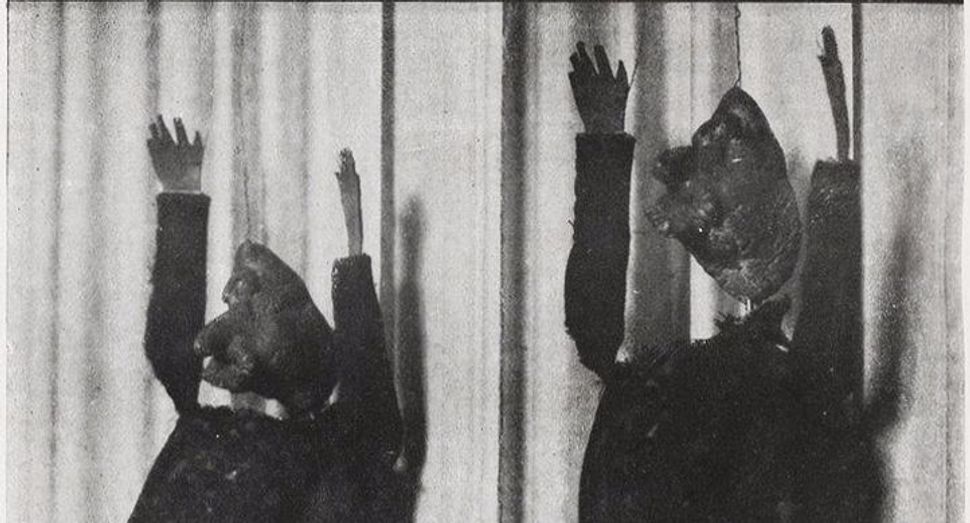 The internet can be a scary, terrible, racist, sexist, garbage-fire of a place (4-chan exists, lest we forget). But frequently, the internet offers up a site that can remind you of its incredible potential – its potential for delightful weirdness, its potential for the democratic proliferation of knowledge. I know that I’m a little (okay, very) late to the party on this one, but one such site is ubu.com. Ubu, presumably named after French author Alfred Jarry’s eerily Trumpian character “King Ubu” (Jarry’s Ubu Plays are about a malicious, sociopathic, imbecilic, solipsistic [sounding familiar] fictional king o Poland), is an online archive for all things avant-garde. The website, which began in 1996 and is run on an entirely volunteer basis, is the project of Kenneth Goldsmith, a poet and a professor at the University of Pennsylvania. It’s fitting that Goldsmith, himself a controversial member of the avant-garde, whose poetry often consists of straight copies of various mundanities (like “The Weather,” in which Goldsmith transcribed one minute from every weather report of the year on the 1010 WINS radio station), would create a project dedicated to preserving (that is, digitizing, that is, copying) avant-garde ephemera (Goldsmith’s own work is, to a certain degree, archival).

According to the site’s “about” page, the archive “is filled with the detritus and ephemera of great artists—the music of Jean Dubuffet, the poetry of Dan Graham, Julian Schnabel’s country music, the punk rock of Martin Kippenberger, the diaries of John Lennon, the rants of Karen Finley, and pop songs by Joseph Beuys—all of which was originally put out in tiny editions and vanished quickly.” In the interest of space, Goldsmith was humble with his list – the pieces he mentions in the about page are just the tip of the iceberg. We have a treasure trove of obscure visual poetry (each entry here helpfully comes with a short biographical statement). We have a short film from 1921 by Paul Strand (Strand’s “Manhatta” is essentially the New York City equivalent of Dziga Vertov’s “Man With A Movie Camera”). We have a recording of the Belgian painter James Ensor from 1929. We have Andy Warhol discussing his “Amiga” (an early PC) in the hilariously kitschy “Amiga World” magazine.

One thing worth pointing out is the number of Jewish artists and writers present in the archive (this is The Forward, after all). It’s an important reminder that, throughout history, Jews have been leading figures in artistic development. In addition to the aforementioned Strand, the site also has works by Theodor Adorno, Susan Sontag, Philip Guston, Lou Reed, Steve Reich, Philip Glass, Alfred Stieglitz, Sol Lewitt, Gustav Metzger, Arnold Schoenberg, Paul Celan, and Hans Richter, just to name a few (Goldsmith himself is Jewish as well).

In addition to its archival work, Ubu also hosts the /Ubu series, in which Goldsmith commissioned 100 pieces of “unpublishable” writing. As he puts it “The web is a perfect place to test the limits of unpublishability. With no printing, design or distribution costs, we are free to explore that which would never have been feasible, economically and aesthetically. While this exercise began as an exploration and provocation, the resultant texts are unusually rich; what we once considered to be our trash may, after all, turn out to be our greatest treasure.” Projects like these show the extent of Ubu’s importance, not only as a library, but as a source of inspiration and patronage. This is the internet realizing its highest potential. A space in which information that would otherwise be lost to time can be recorded and found. A space that encourages the creation of works without any eye towards their commercial value.

Despite the costs of upkeep and the consistent accusations of copyright infringement, Ubu keeps chugging along. In the “about” page, Goldsmith writes, “But by the time you read this, UbuWeb may be gone…Never meant to be a permanent archive, Ubu could vanish for any number of reasons: our ISP pulls the plug, our university support dries up, or we simply grow tired of it.” Fortunately, even after 21 years, Goldsmith has yet to grow tired. Here’s to 21 more.