Maybe I Tried Too Hard To Save A Holocaust Survivor 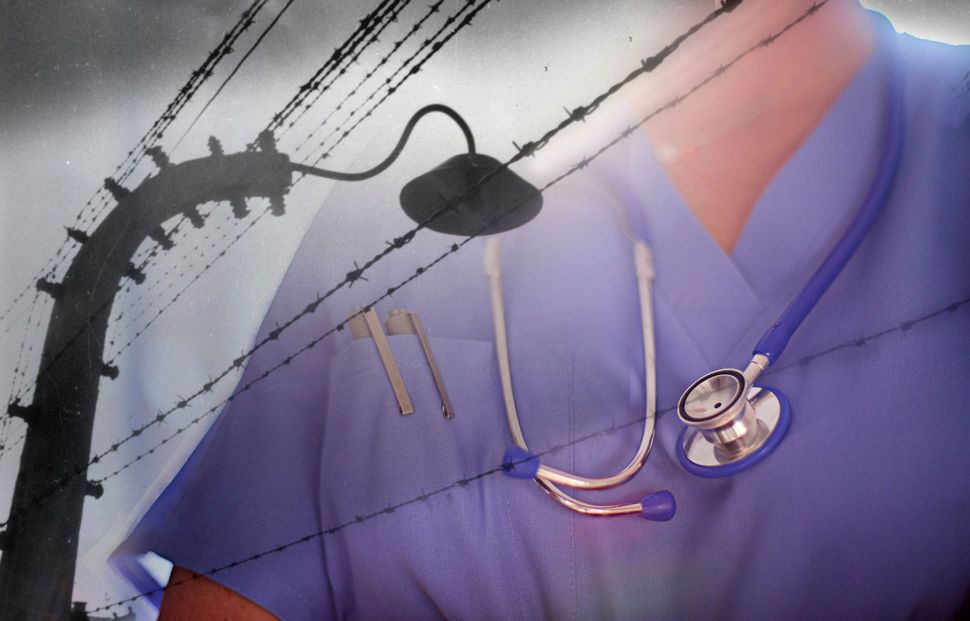 Mrs. Zelnick’s lips were blue, her eyes glazed over, and her oxygen saturation at 70%. But her nails had been done earlier that week and were a lovely shade of crimson. Her hair, although slightly mussed from the pillows, had not lost its set. Even in her dazed state, she possessed dignity and grace.

I stood at the door reading her chart. This woman was dying of pneumonia. As the palliative care attending physician, I’d been called in to help midwife her death. According to the team, she had refused to be put on a breathing machine. The best we could offer was aggressive treatment of her shortness of breath.

I began my career years earlier as a gung-ho saver of lives in the ICU. But I soon realized that the high-tech tools we used there often harmed, rather than helped, my patients with serious illnesses or frailty. Many were resuscitated long enough to remain on the machines that had saved their lives. But they would never return to life.

A series of faded black numbers swarmed before my eyes. My heart dropped into my stomach. This woman was a Holocaust survivor.

With this growing discomfort, I sought training in the new field of palliative care, which aims to treat the patient as a whole being instead of a collection of organs. The goal is to honor an individual’s preferences and values instead of focusing solely on physiology. And now I was on my third day as a palliative care consultant, eager to practice my new set of skills.

I approached the patient. We would need to manage her shortness of breath. She also seemed to be suffering from delirium. I would start a low dose of morphine to relax her breathing. Some Haldol would help to reorient her. The nurses in the comfort suite would direct a gentle fan toward her face to help with the breathlessness. They’d clean her mouth, change her bed and provide a comfortable place for her to rest until she died.

The patient’s Filipina housekeeper was sitting at the bedside, weeping. Mrs. Zelnick was a lonely woman, she told me, no children and no friends. Then she lifted Mrs. Zelnick’s wrist and looked at me expectantly.

A series of faded black numbers swarmed before my eyes. My heart dropped into my stomach. This woman was a Holocaust survivor. Not only that, she looked a lot like my grandmother. Suddenly, she was no longer my patient but a wounded member of my tribe.

I looked back at her chart. She had been born a twin. Her entire family had been sent to Auschwitz, where all eventually perished, including her sister — but not before the infamous Dr. Mengele got to the twins, subjecting them to his distorted “research.” Her sister hadn’t survived. Mrs. Zelnick made it out of the camps but without her uterus. Mengele had left her with an embarrassing abdominal disfigurement and intermittent small-bowel obstructions. After the war, she married another survivor she met in a displaced persons camp and they moved to America. Her husband’s death had left her alone.

I stared down at her. I felt a stirring of something. My palliative care training flew out the window and my ICU impulses took over. Why weren’t we trying to save this woman’s life? Shouldn’t we insert a breathing machine and try to keep her alive longer in the hope that the infection would remit? I had taken the team’s word that she had refused a breathing tube, but maybe they were wrong. No one else was there to speak for her; the housekeeper had never talked to her about her preferences and now demurred when I asked her what she thought the patient would want. And by now, the patient was simply too sick to talk to me.

I was raised with an abiding awareness of the horrors of the Holocaust. My own grandfather had narrowly escaped. He was born in Kishinev, Romania, in 1903, the same year as its infamous pogrom. And 38 years later, after he’d already left for Montreal, his family was slaughtered by the Nazis. I often imagine how our family must have cowered as the fires raged and the windows shattered in 1903. And I have no need to imagine how the family died in 1941, because documents in Yad Vashem told me. Their collective suffering became mine. And now, it wasn’t just Mrs. Zelnick in the bed. There were six million others in there, including many of my own relatives.

I went from calm physician to superhero. I didn’t care about palliative care. I would save her. Her very existence was a testimonial to the suffering of my people. My strength would shelter her from all her suffering, past and present.

It unfolded quickly. And not well. I pushed for more aggressive treatment. Her primary medical team pushed back. I questioned whether she had been alert enough to refuse the breathing machine; they felt that she had been. And ultimately, they had been there, and I had not. They had approached me to facilitate a gentle passing for their patient.

We agreed on a compromise, which in hindsight made everything worse. We would use a tight-fitting mask, or BiPAP, to try and provide extra breathing support without actually putting a tube down her throat and using a ventilator. But she clawed at the mask all night, as if, I was told by the nurse, someone was trying to suffocate her. Finally, I realized that we had lost the battle. So I called up to the palliative care suite and informed them that they should prepare a morphine drip for a patient who was dying from pneumonia. She died a few hours later, alone but finally at peace.

You could argue that I wasn’t the right doctor for her. Doctors are taught to recuse themselves from cases where their judgment may be clouded. But I was caught off guard with Mrs. Zelnick. And all these years later, I worry that my own personal history, the history that I brought with me into her room, however well-intended, served to increase the suffering that I so desperately sought to avoid.

Dr. Jessica Nutik Zitter is the author of the book “Extreme Measures: Finding A Better Path to the End of Life.”

Maybe I Tried Too Hard To Save A Holocaust Survivor