When he would go to New York on art-buying excursions with his late wife, Marion, Henry Bloch would balk at the price tags. “It was very expensive,” the 94-year-old H&R Block founder and philanthropist said. “They talked me into it.”

Bloch was on hand at the Nelson to preview the new in Kansas City, Missouri, which are slated to open on March 11 and are supported by an $11.7 million Marion and Henry Bloch Family Foundation gift, including 29 paintings that he donated. Among the gift are works by Paul Cézanne, Edgar Degas, Paul Gauguin, Édouard Manet, Claude Monet, Camille Pissarro, Pierre-Auguste Renoir and Vincent van Gogh. The new works nearly double the Nelson’s Impressionist holdings.

The “very expensive paintings” proved to be wise investments, of course, but Bloch says he and his wife weren’t thinking about their appreciation. “We had a house. We needed pictures,” he said.

Amid a late February weekend of galas and gallery previews, cliches abounded. Bloch, whose wife died in 2013 at the age of 83, said several times that the pictures looked better in the Nelson than they did in his own home. And Julián Zugazagoitia, the Nelson’s gregarious director and CEO, suggested that the gift would propel the museum to American and international renown.

The Nelson arguably already deserves a place in national and international conversations for its extensive Asian and Native American art collections, and for its European pictures, particularly “Temptation of St. Anthony” by Hieronymus Bosch. But the Impressionist gift is a local story, more than one that positions the Nelson among the elite U.S. Impressionist repositories, such as Chicago’s Art Institute, Philadelphia’s Barnes Foundation, Boston’s Museum of Fine Arts, New York’s Metropolitan Museum and Washington’s National Gallery.

That local story centers on Bloch, a Kansas City, Missouri, native who co-founded the tax preparation company in 1955 with Richard Bloch, his brother. The brothers’ names lent the ‘H’ and ‘R’ to H&R Block, which posted $3.1 billion in revenue in 2015, and they Americanized the spelling to avoid people mispronouncing the company name as “blotch.”

Riding up the elevator to the new galleries, Bloch reflected upon meeting his future wife in the early 1950s at a Kansas City synagogue and he also spoke of the Kansas City Country Club, which barred him in 1990. 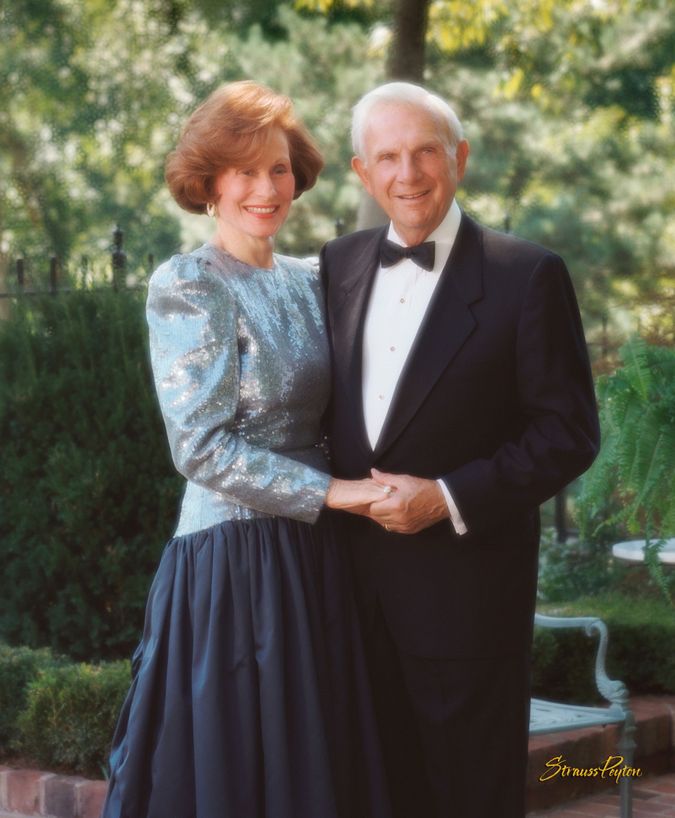 Marion and Henry Bloch in 1994. Image by Strauss Peyton

The friend who recommended him warned Bloch that he could be blackballed, but he chose to apply anyway. “They put my name up, and somebody did blackball me,” he said. A Chicago Tribune report from the time noted, “The message was easy to decode: No Jews allowed.”

Bloch’s friend Tom Watson, the professional golfer who was then married to a Jewish woman, heard about the fiasco while traveling overseas. He told the club that he would resign if Bloch wasn’t accepted by the time he returned home, and he made good on that promise when the club wouldn’t budge. “He was resigned, I think, for a year or two years, and then clubs formed to get me back in, and it worked,” Bloch said.

Then Bloch got to what he calls the best part of his story, and he laughed. Reporters used to call asking if he could be quoted. “I said, ‘Yes.’ And they said, ‘What is your quote?’” he said. “Of course, I wouldn’t say anything bad about the club; I was a new member. But I said, ‘It’s the first time I ever made the sports page, because of Tom Watson.’”

Bloch flew a B17 bomber in the precursor of the U.S. Air Force over Berlin — one of 32 missions — during World War II. His son Bob Bloch, who also gave a painting to the new Nelson galleries, reflected on an existential what-if question. “The chances of him making it back, and starting H&R Block, and for me to be here is pretty amazing after 32 missions,” he said.

Henry Bloch began collecting around 1975. He and his wife chose to collect Impressionist works after buying a work in Holland that they were told was from the 17th century but upon inspection at the Nelson it was either an outright fake, or painted over so many times that it hadn’t retained much of its original self. They soon moved on to Impressionists.

Both Bloch and Zugazagoitia mentioned how nicely the 29 pictures fit into the museum’s collection, and that’s actually true. On one wall, Pissarro’s “Banks of the Seine at Port Marly” (1871), a Bloch gift, hangs over Jean-Baptiste-Armand Guillaumin’s “Landscape” (1876–7), and the two could almost be seen as a series.

“I was active at the Nelson, and I thought they [the paintings] would be better off here, where they have a wonderful collection of their own, and the same artists,” Bloch said. “They’d be together again.” In addition to many of the seamless encounters between Bloch’s works and the museum’s permanent collection, which feel like family reunions, the Nelson rewired the new wing after tearing it down to its studs. The new galleries contain 40,000 feet of wiring, says Jim Coulter, senior project manager at JE Dunn Construction, the firm that handled the job. They can now accommodate “smart” microphones, which docents can take from room to room without losing connectivity, and each of the lights on the ceiling can be handled and angled individually and remotely via a computer program.

As Zugazagoitia put it, “We can proudly say that everything is up to date in Kansas City in the art world.”

Menachem Wecker is a freelance journalist based in Washington, D.C.