Is The Guggenheim’s New Exhibit Just A Tad Too Self-Regarding? 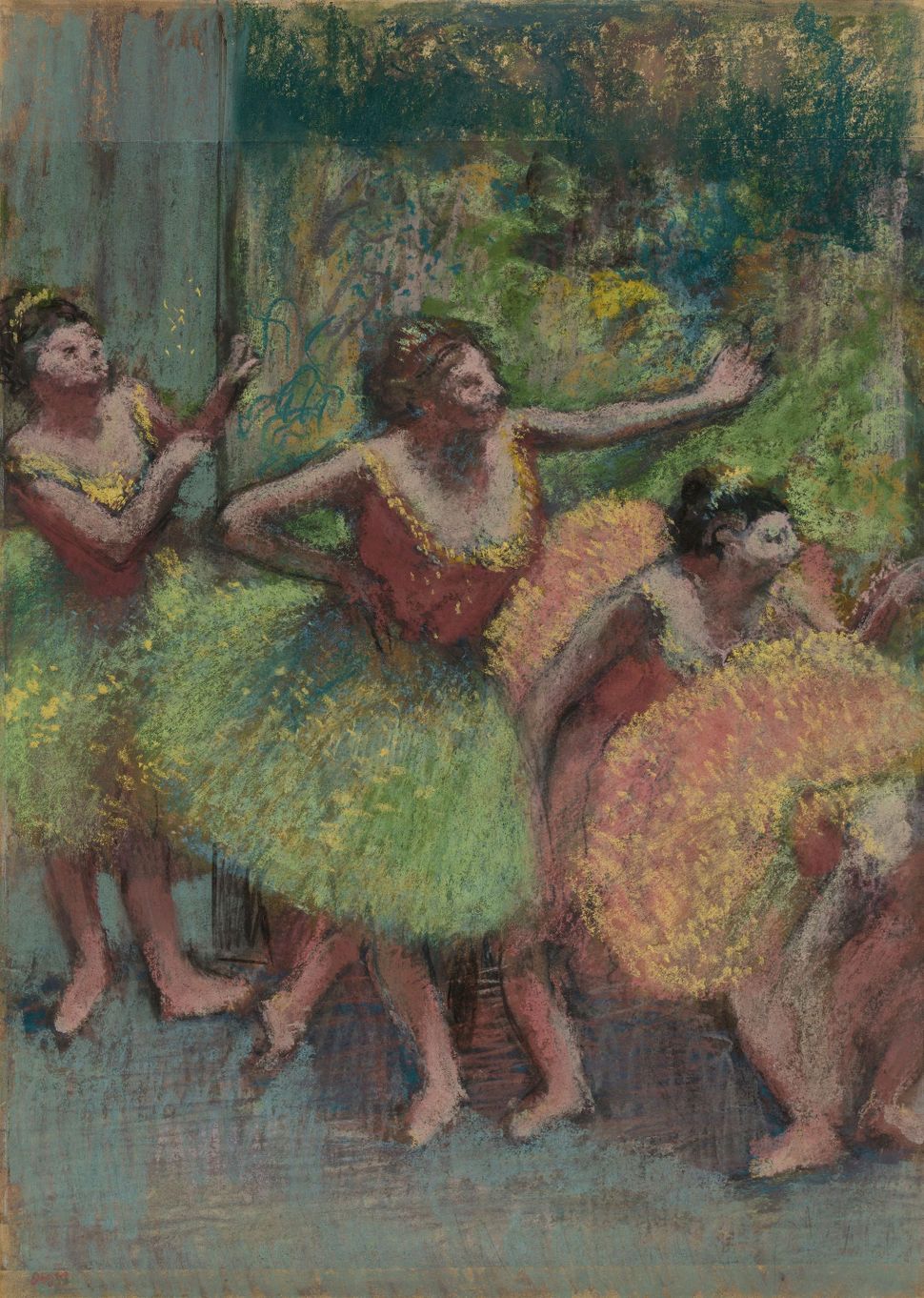 The reason you and I are able to read almost half of Shakespeare’s plays is that two actors, John Heminge and Henry Condell, were among the first to perform them. The duo saved portions of Shakespeare’s scripts — in his era, rather than receiving the full text of a play, actors were given only their individual lines — and, after his death, patched together those portions to make a whole.

Likewise, the only reason we’ve read Kafka’s masterpieces “The Trial” and “The Castle” is that his literary executor, Max Brod, ignored his instructions to burn those writings after his death. And Vincent van Gogh sold exactly one painting in his lifetime, finding fame largely through his sister-in-law Johanna van Gogh-Bonger’s savvy promotion of his art after his death.

Yet as each of those artists’ reputations has soared, the work of the friends and acquaintances who facilitated their ascents has been largely forgotten.

The Solomon R. Guggenheim Museum’s new exhibit “Visionaries: Creating a Modern Guggenheim” celebrates the work of such facilitators, specifically six curators who were essential to building the museum’s collection and legacy: the titular Guggenheim; his niece Peggy Guggenheim; Justin Thannhauser, who came to New York as a Jewish refugee from Nazi Germany; Karl Nierendorf; Katherine S. Dreier, and Hilla Rebay, the last of whom convinced Guggenheim to focus his efforts on the style of nonobjective art, which came to characterize his collection.

What, exactly, is nonobjective art? It’s a form of abstraction, often geometric, that strives to communicate an almost quaintly earnest form of spirituality. (London’s Tate Museums describe some of the values that nonobjective art seeks to propagate as “purity” and “simplicity.”)

It’s hard for visitors to “Visionaries” not to get the point. If they happen to look up as they enter the museum, they’ll see Alexander Calder’s 1956 sculpture “Red Lily Pads,” a set of red-painted steel disks assembled to resemble the titular vegetation, floating above them. Visible from every vantage point of the famous spiraling ramp that serves as the Guggenheim’s central gallery, “Red Lily Pads,” which possesses a centering grace, serves as the exhibit’s spiritual thesis.

That’s a clever move, because the sculpture, suspended from the museum’s ceiling by a set of cables, represents a feat of curation as well as one of independent artistic achievement. The Guggenheim’s shell-like interior makes it impossible to ignore the influence of presentation in establishing how an artwork will be understood, but “Visionaries” provokes its audience to examine the significance of selection on a more elemental level. A piece of art may be lovely, or groundbreaking, or technically marvelous, yes, and it may gain prominence by being placed in an exhibit with extraordinary taste, but its introduction to the public is reliant on the taste of the collector. 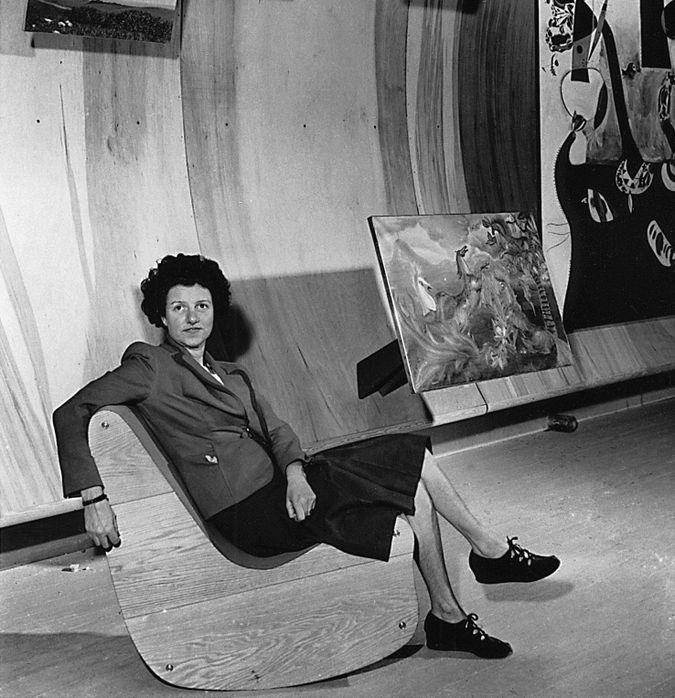 As the show develops, it proves that the thesis is far from facile. The exhibit opens with a gallery of works by Wassily Kandinsky, the standard-bearer of nonobjective art, acquired by Guggenheim in partnership with Rebay. Each of Kandinsky’s abstract, colorful, often exuberant works encourages a sense of not-quite-earthly awe. As a group they transform the elliptical gallery they occupy into something like a temple.

Just as strikingly, in the section of the exhibit devoted to Thannhauser’s collection, for instance, visitors encounter three paintings in a row by Pablo Picasso: “The Fourteenth Of July” (1901), “Three Bathers” (1920), and “Bird On A Tree” (1928). The trio provides a succinct summary of several radically different periods in Picasso’s career, from his almost impressionistic early endeavors to his embrace of the surrealism with which he is popularly associated. A recent survey of Picasso’s sculptures at the Museum of Modern Art required loans from public and private collections across both America and the world. The impression we get of the artist’s career in three paintings is certainly more limited, but succeeds in suggesting some of the broadest strokes in his artistic progression.

Had Thannhauser not tracked Picasso’s work — the collector became a proponent of the artist after his participation in the infamous 1913 Armory Show – art lovers might not have as much ready access to an intimate experience of the artist’s remarkable evolutions in style.

So it goes throughout the show. Is there something uncomfortably triumphal about hailing Guggenheim and his fellow collectors as visionaries? Perhaps. In an era where the menace of the so-called 1% dominates conversations about not only politics and economics, but also culture, heralding the artistic accomplishment of spending a great deal of money very well strikes a bit of a strange note. (That note might be mitigated, were admission to the museum not pricey; as it is, access to great art is often restricted to those possessing a certain level of financial comfort.)

Yet the show is also a hopeful expression of what good those with means can do, for artists and audiences alike. If you’ve ever stood in front of an artwork and felt a surge of something like wonder — something maybe, even, a bit celestial — recognizing that that experience comes with a price tag is a small concession to make. Smaller still to spare a moment of thanks for those willing to foot the bill.

Is The Guggenheim’s New Exhibit Just A Tad Too Self-Regarding?