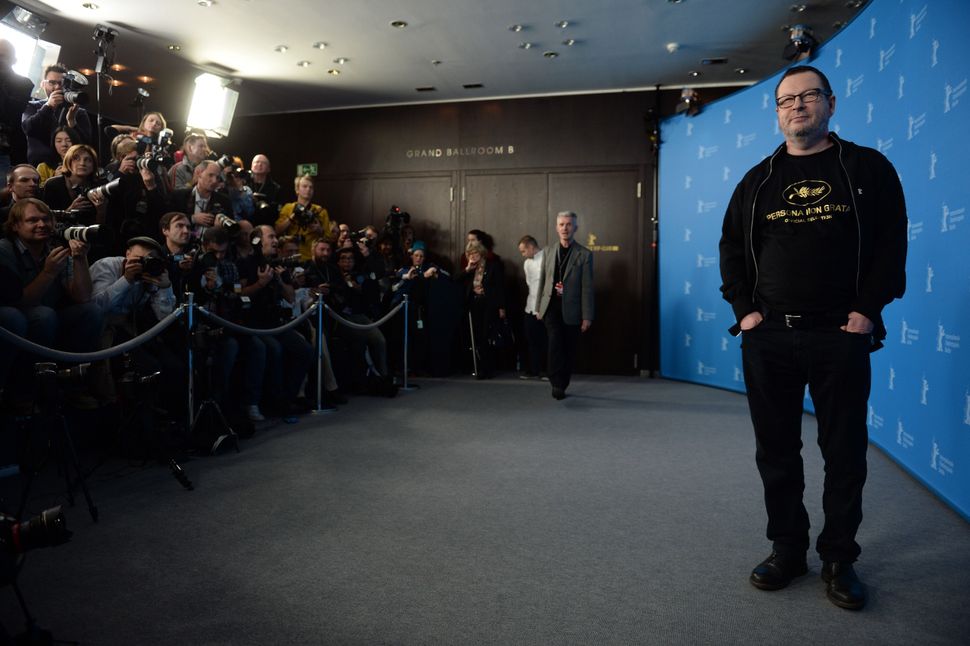 With titles like “The Idiots,” and “Antichrist,” it’s no surprise that Danish director Lars von Trier is always getting himself into trouble. Most famously, back in 2011 during an interview at Cannes, the director said “I thought I was a Jew for a long time and was very happy being a Jew … Then it turned out that I was not a Jew … I found out that I was really a Nazi which also gave me some pleasure. What can I say? I understand Hitler. He did some wrong things, absolutely, but I can see him sitting there in his bunker at the end… I sympathize with him, yes, a little bit.”

He was joking of course, but von Trier’s humor has always been more cruelly ironic, or just plain cruel, than funny. Needless to say, the organizers of the Cannes festival were not pleased and, despite having had success at the festival in previous years with “Dancer in the Dark,” “Breaking the Waves,” and other films, von Trier was banned from the festival.

Since being banned from Cannes, von Trier has released only one film (albeit, in two parts) – 2013’s brilliant, ambitious, outrageous, controversial (of course) “Nymphomaniac.” Now, however, The Guardian reports that the dour Dane is negotiating a return to the festival for his upcoming film, “The House That Jack Built” – a film about a murder spree starring Matt Dillon and Uma Thurman (who previously turned in one of the great performances of her career in her brief appearance in “Nymphomaniac”).

Speaking to The Guardian about the upcoming film, von Trier said that “The House That Jack Built celebrates the idea that life is evil and soulless, which is sadly proven by the recent rise of the Homo trumpus – the rat king.”

The director, among our greatest filmmakers, living or dead, is renowned for his dark, cynical, ironic (in the spirit of that other dour Dane, Søren Kierkegaard), terribly depressing films. If his new film is indeed inspired by Donald Trump, then I shudder in anticipation, both nervous and excited, so see what von Trier has accomplished this time around.