Why Does An Ad For An Amazon Show Make So Many People Mad? 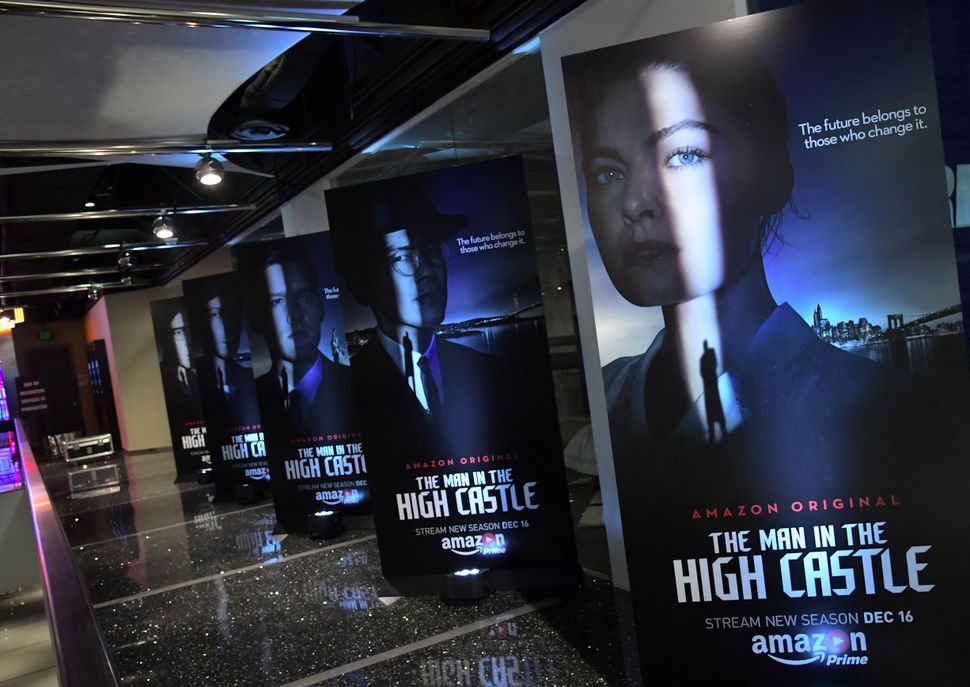 Since the election of Donald Trump, a funny thing has started to happen — otherwise innocuous pieces of pop culture have become political battlegrounds. I mean funny both as curious and as downright hilarious. In the former camp, we have boycott movements growing around things like sneakers (New Balance) and cereal (Kellogg’s) – the newly extreme partisan branding of commodities being an interesting development in the capitalist imagination. (Imagine the cognitive dissonance of eating Corn Flakes in a pair of New Balance sneakers – the kind of cross aisle gesture we could use perhaps). In the latter camp, we have the response to Amazon’s “The Man in the High Castle,” and, more specifically, to “Resistance Radio,” the company’s most recent marketing ploy for the show.

For those unfamiliar with the show, it is based on Philip K. Dick’s novel of the same name – an alternate history in which the Allies lose World War II and the United States is divided up between the Nazis and the Japanese. The show, as you would expect, focuses on an American resistance movement (as well as the political machinations of the dually occupied United States). “Resistance Radio” is a pirate-radio station, an invention of the show, that plays music from the show’s time frame reimagined through the lens of this darker history. In a marketing ploy that doubles as a successful artistic effort (the two so rarely link up), musicians and producers Sam Cohen and Brian Burton (better known as Danger Mouse) have compiled an album of old classics reimagined by contemporary artists. While they largely tapped musicians with whom they have had some working relationship in the past, they also, wisely, relied upon musicians with the kinds of big, evocative voices that bring a touch of pathos to everything they touch. Thus, we have the incredible Angel Olsen (whose voice often draws comparisons with that of Patsy Cline) doing “Who’s Sorry Now,” first made famous by Connie Francis in 1958. We also have Sharon Von Etten, who, like Olsen, has a voice of implausible depth, doing Skeeter Davis’s 1962 hit, “The End of the World,” which takes on a decidedly more political tone in light of the context.

So, where is the controversy? Well, as you likely guessed, many Trump supporters see “Resistance Radio” as a direct shot at the president. As the Washington Post observes, much of the backlash is simply a case of not reading before you tweet – many people saw the word “resistance” and read no further. But, as one tweeter so aptly points out, “If there’s a fake radio station about resisting Nazis and you take it personally, what does it say about you?”

Why Does An Ad For An Amazon Show Make So Many People Mad?