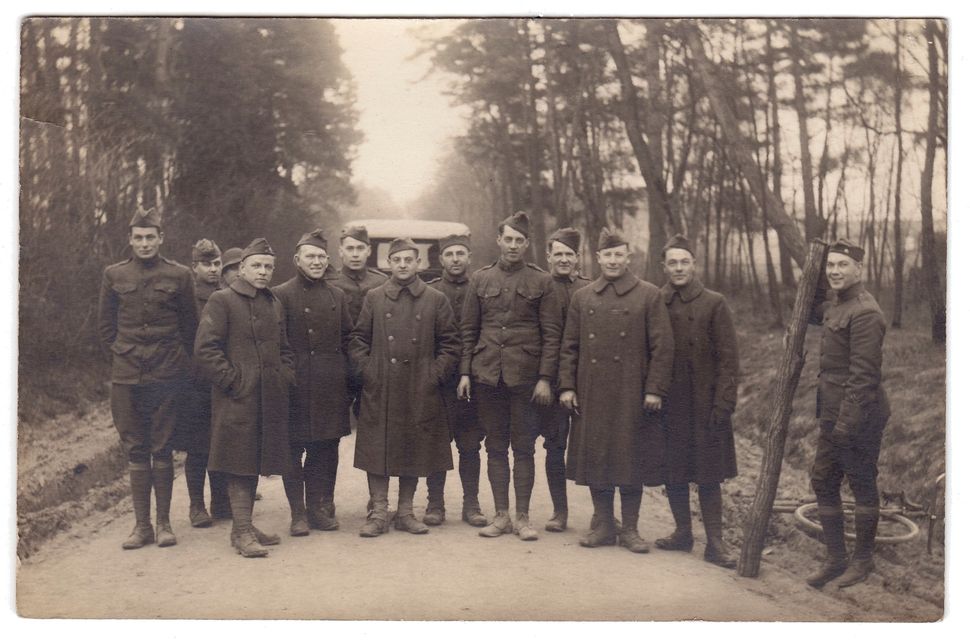 Image by Courtesy of Museum of National American Jewish History

Two contrasting images in “1917: How One Year Changed The World,” at Philadelphia’s National Museum of American Jewish History, demonstrate the volatility of American attitudes toward immigrants.A World War I poster cautioning against food waste is also a hopeful narrative of arrival and assimilation. A cluster of immigrants gaze from a ship toward the Statue of Liberty, as one man rests his hand on a woman’s picnic basket. Beyond the statue lies the golden skyline of New York; above it stretches a rainbow that is colored red, white and blue. To the left, an ambiguous figure is posed like a soldier, though that soldier may not really be armed. The poster’s message is: “Food will win the war. You came here seeking Freedom. You must now help to preserve it.”

As America took a more xenophobic turn, Congress enacted the 1924 Johnson-Reed Act, instituting discriminatory immigration quotas. The nation’s lingering anxieties about newcomers animate Herbert Johnson’s 1928 cartoon, “Make This Flood Control Permanent.” The cartoon depicts immigrants as a swarm of “alien undesirables” whose onslaught is halted by a damlike wall of “immigration restriction.” A figure identified as “Congress” seems to be extinguishing the lit fuse of a bomb labeled “modification proposals,” a reference to measures facilitating family reunification.

These dense, provocative images underline the complexity of this centennial exhibition, as well as the continuing resonance of the issues it raises. Co-organized by the NMAJH and New York’s American Jewish Historical Society, “1917” is neither flashy nor technologically innovative nor family-friendly. Though the show’s labels are clear, its layout, in a single, bisected gallery, is somewhat confusing. But its roughly 125 documents, images and other artifacts remind us just how messy our American democracy, as well as the larger world, can be.

“1917” highlights three major events: America’s entry into World War I, the Bolshevik Revolution and the Balfour Declaration, and Great Britain’s avowal of support for a Jewish homeland in Palestine. All are examined with an eye to how they affected Jews both here and abroad. 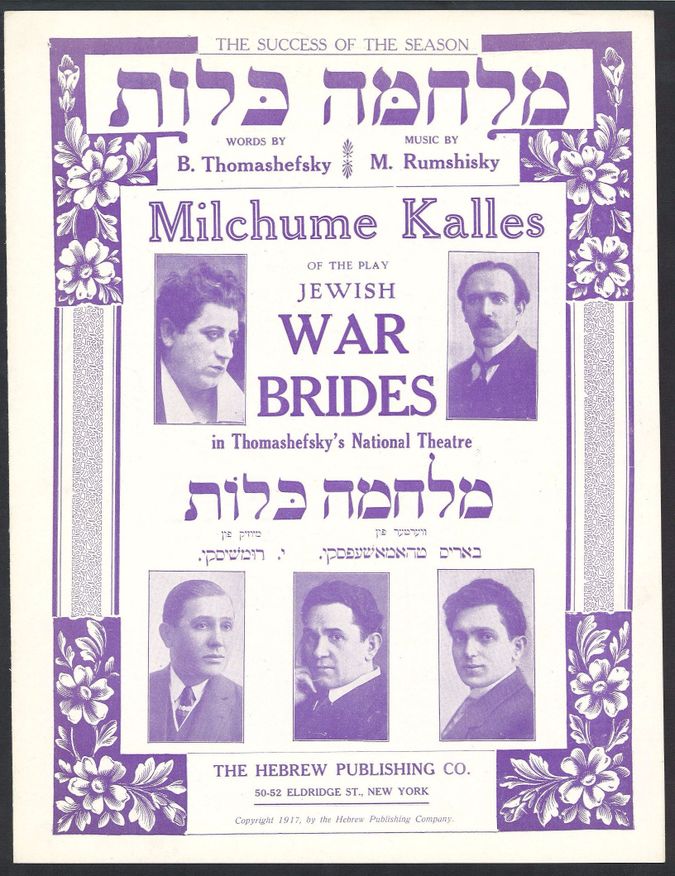 Image by Courtesy of the Museum of National American Jewish History

“Three options emerged from 1917’s sweeping changes — America’s promise of freedom, communism’s promise of abolishing human differences, and Jewish nationalism’s promise of a Jewish homeland,” a label in the exhibit reads. “All pledged to transform strangers into natives. Which offered the best future?” As is typical in this show, it leaves the question open for visitors to ponder.

The narrative makes room for individual stories, including that of William Shemin, recipient of a posthumous U.S. Medal of Honor and one of nearly 250,000 American Jews who served during World War I. President Obama awarded the medal, on display along with his uniform and other possessions, to Shemin’s family in 2015 — a corrective to the anti-Semitism that the exhibition says denied him the award in his lifetime.

The composer Irving Berlin, who spent his tour of duty writing patriotic songs, is represented by his draft registration card, a photograph and the sheet music for “Oh! How I Hate To Get Up In The Morning.”

Also spotlighted is Supreme Court Justice Louis D. Brandeis, an ardent Zionist who declared the “Jewish spirit” to be “essentially modern and essentially American.” The first Jew named to the high court, he was caricatured by former U.S. president and future Supreme Court Justice William Howard Taft as “utterly unscrupulous” and as “a man of infinite cunning.” The exhibition displays Brandeis’s judicial robe and his Supreme Court chair nameplate.

The WWI section includes an intercepted, decoded copy of the Zimmerman telegram, a German missive promising U.S. territory to Mexico if it entered into an alliance against the United States. The telegram, along with the sinking of U.S. shipping, helped propel the United States into war on April 6, 1917.

Even before then, American Jewish leaders — including Henry Morgenthau Sr., Jacob Schiff and Louis Marshall — were spearheading philanthropic efforts for European Jews made homeless and hungry by the conflict. Other Jews in the United States, such as the anarchists Emma Goldman and her romantic partner, Alexander Berkman, became pacifist leaders; they were convicted, imprisoned and later deported to Russia under wartime espionage statutes.

The section on the Russian revolutions — there were two, the democratic one in February and the more radical Bolshevik one in October 1917 — notes that the era initially augured more freedom for Russian Jews. They were able to leave the Pale of Settlement and enter professions from which they had been barred. The early reaction from leftists in the United States to the Bolshevik triumph was positive. “We have criticized them,” The Jewish Daily Forward’s editor, Abraham Cahan, wrote in an editorial, “Some of their utterances often irritate us, but who can help rejoicing in their triumph?” 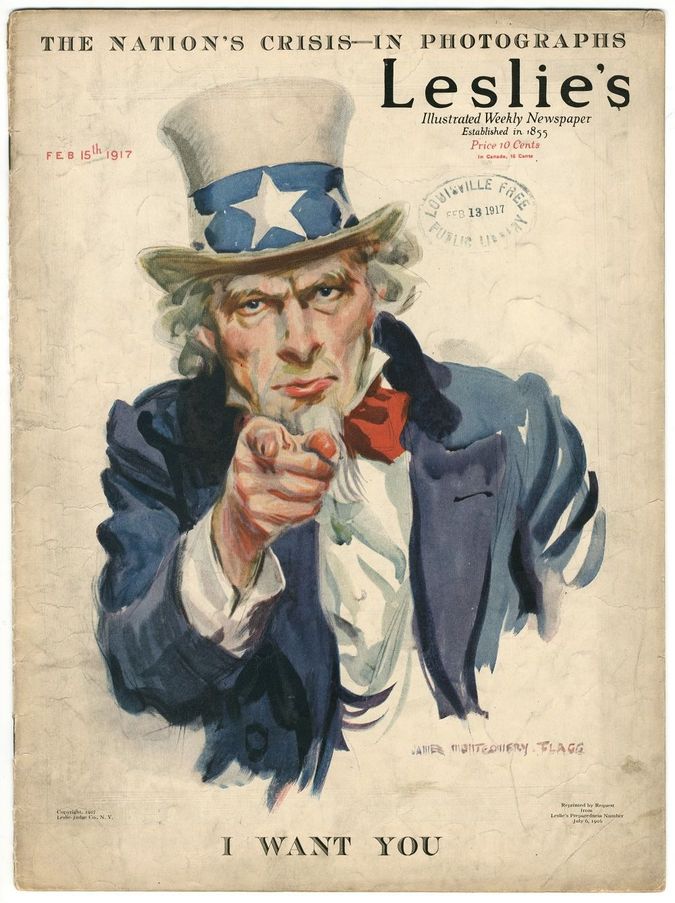 Image by Courtesy of the Museum of National American Jewish History

But that optimism ebbed as Russia was riven by civil war and large-scale pogroms. The harshness of Soviet rule eventually generated a backlash, including a “red scare,” in the United States.

Among the exhibition’s treasures are two draft versions of the Balfour Declaration that are being exhibited in the United States for the first time. A group called the Zionist Political Committee provided the template for British Foreign Secretary Arthur James Balfour’s declaration, which backed “the establishment in Palestine of a national home for the Jewish people.”

Also displayed are notes from an interview with Winston Churchill about the situation in the Middle East, and a charming postcard from a young Golda Meir (then Meyerson), expressing her pleasure at having attended the first American Jewish Congress, which was held in Philadelphia.

Concise and smart as the exhibition is, there are points at which it omits key information. For example, though “1917” situates the Johnson-Reed Act in the context of a growing American eugenics movement, it never tells us exactly what the law did: specifically, its imposition of national-origins quotas pegged to 1890, before the great wave of Eastern European (and Jewish) immigration.

And the show stops short, perhaps inevitably, of detailing the impact of the three events on contemporary policy conflicts. Instead, it simply warns us that “we also face significant decisions” — and leaves us with the famous closing line of F. Scott Fitzgerald’s “The Great Gatsby”: “So we beat on, boats against the current, borne back ceaselessly into the past.”