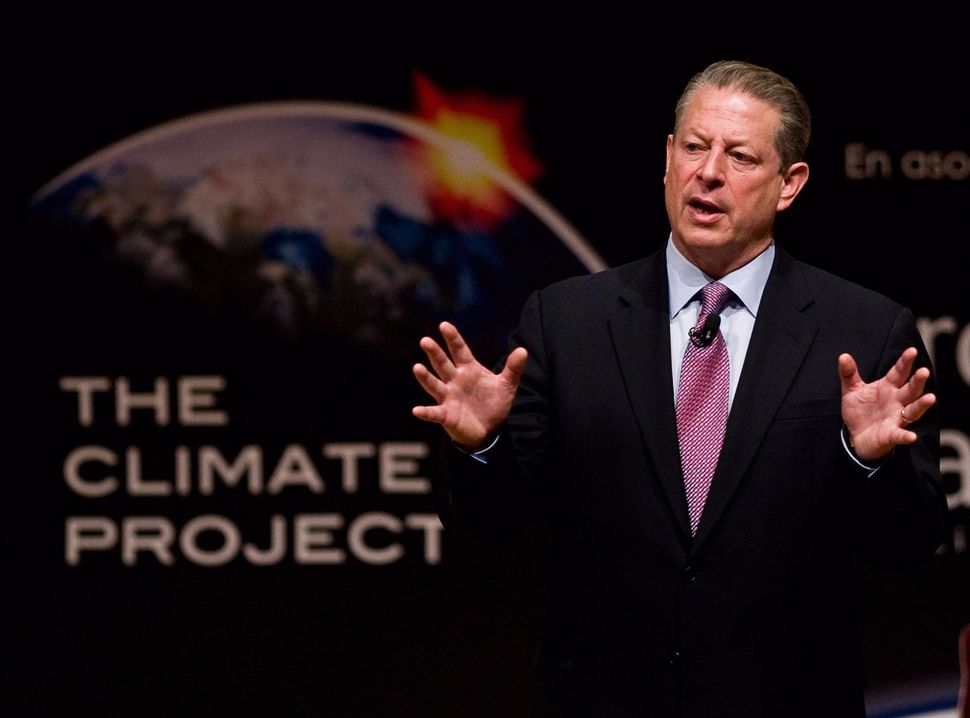 The 2016 election has, so far, not turned out well for the climate: Yesterday, President Trump signed an executive order initiating the unraveling of much of President Obama’s progressive legacy on climate change.

But that election might do some long-term good for climate change awareness — or so, at least, hopes former Vice President and perpetual environmental mensch Al Gore.

Gore, whose 2006 documentary on climate change “An Inconvenient Truth” won that year’s Oscar for Best Documentary, yesterday released the first trailer for that film’s sequel: “An Inconvenient Sequel: Truth to Power.” (Points for trying to save the planet; demerits for the lack of creativity in that title.)

The trailer opens with footage of Trump at a campaign event, mocking the idea of global warming; as it continues, the president’s repeated dismissals of the threat of human-caused climate change — a subject of near universal agreement amongst climate scientists — form a menacing thread.

It’s not purely bad news, Gore urges, so long as the people demand change. The trailer pays tribute to the promising growth of the clean energy industry, although Gore does add the caveat “it’s still not enough,” and ends on a note of hopeful resistance, advising viewers to, when it comes to challenging official inaction on climate change, #BeInconvenient.