What A Pleasure It Is To Feel Lost On Passover 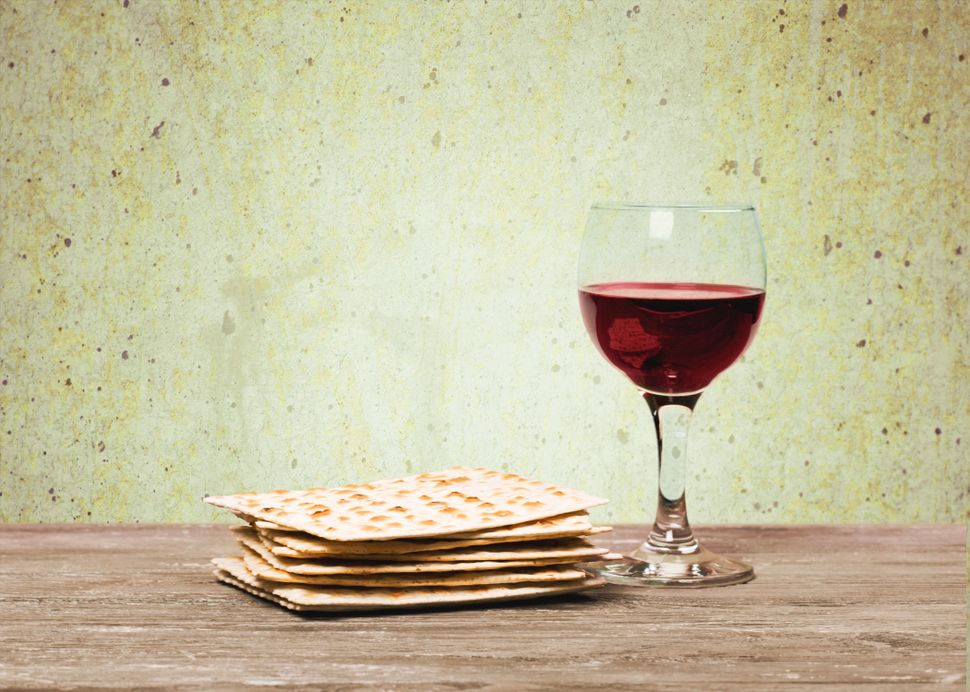 Nowadays, my father who is 87 (till 120!) and I are at odds. Even though we are as attached as ever (we speak on the phone every morning), we are lost to each other. In fact, he won’t be coming to my seder nor I to his.

In my family growing up, it was a sin to be lost. One always knew one’s place. For women it was in the kitchen, for men it was in shul or yeshiva. It was more than that: my father, a rabbi, a veteran of the US Air Force – it was America right or wrong – our country, our way.

If that weren’t enough my father might quote from the holy writings. “Even a fly knows its purpose, but a man wanders.” “An ox knows its master, a donkey its crib, but Israel does not know, the Jewish nation does not think.”

But even in such a world, with my father’s tribal and national certainties, we would get lost or even rebel — however childishly. Even as young children someone would try to stage a boycott for nearly any reason at all. “I’m not coming.” Perhaps we were in a fight with a sibling or maybe we were just feeling angst over the girl or boy next door. Or we were just resisting the inherent unfairness of ‘family’ life.

When it was time for Kiddush one of us would camp out way at the top of the stairs near our bedroom on a wildcat strike. No, I am not coming to the table!

And my father would try to get us down. “How about if you just stay at the top of the stairs and listen to Kiddush?” And having achieved that, he would go for more. “How about just stay on the couch and we’ll bring you a plate of food?” Ok. Then he might set a place at the very edge of the table. “Here, come,” he would say, you can be apart, but you can still be with us. He was like the chief of a hostage negotiating team. “How about if you would just sit next to me and take a small bite to eat – and then you can run off?” And eventually, timidly with a modicum of shame, the lost sheep would return to the flock, sit at the table and take her place.

We were glad to be welcomed, loved, but even then I knew that love was a bit of a con game. What happened to our refusal, that animalistic drive that says “resist!” Resist the patriarchy, the hegemonic love of fatherhood, the cloying and at times demonic insistence on family ‘love’? We were angry. Did we give up our anger for a piece of brisket?

As we got older, we would invite guests to the seder — Jews who were not as observant as we were, but they would get lost, coming late. I had an uncle who could never find the house.

My mother would be waiting anxiously. Where is he? Where are they? As if quite understandably, we were “found” but they were ‘lost’ – lost as Jews, lost souls and geographically lost.

As a child, sitting at the table like a ‘good’ boy with my haggadah open, I would wonder who was more lost? Us or them? We were, in our certainty, as lost as they were — in their uncertainty. Or maybe, they were getting lost because they knew where they did not want to be.

Slowly, our guests would straggle in and my mother’s vexed face would un-crease. They were lost (and so were we) but now we are all found. I think my mother divided the world between lost and found. Those who are found and those who are lost. The worst thing was to be lost.

Beneath the conversation at the table, there would be an emotional rumble. Henry Kissinger? A lost man. Of course I was only 10 years old, but I knew he was shuttling between Washington, Israel and a negotiating tent in the Sinai Desert called Kilometer 101. He may have been lost to my mother’s world but to me he seemed to have his stuff together. In fact, I’d bet he was having the time of his life smoking cigarettes endlessly in Saigon with Le Duc Tho. He even won the Nobel Peace Prize — did anyone at our table win any prize? A genius this Kissinger!

My grandfather, a Polish expatriate from Lublin by way of London knew from being lost, lost in pogroms, lost in at least two world wars, bankruptcies, business failures – yet even he (unconsciously) couldn’t make up his mind whether these people — Kissinger, Ben Gurion, Golda Meir, Moshe Dayan — were ‘lost’ or whether they were to be admired for getting themselves lost in the first place. Were they to be vilified as apostates? Or did he secretly envy them?

Did one have to choose between being a good Jew and a great man who was perhaps ‘lost’ to Jewish observance? This question was never resolved at any seder, but even at the age of 9 and 10 I knew it couldn’t be swept under the rug with some boiled beef and matzo crumbs either.

Our family, like many Jewish families, fervently believed in the safety that comes from symbiosis. (Everyone hold hands!) It was only as I became an adult involved in the practice of psychoanalysis that I discovered what I already knew, but couldn’t speak the words then. That is, just how functional, how useful and glorious it is to be lost. To be lost from one’s group could be an achievement.

Now, with mother gone, and all of us in middle age, the bonds have been broken and cannot be put back together. Oh, nothing too terrible, believe me. You wouldn’t understand anyway and even if you did, you would be bored. The family could not equally shoulder the care for my father when he had been sick. An ugliness, irreparable and unforgivable, came out. We are no longer a family. At best, we are a loose association of individuals.

“Got anything to say?” He asks one more time — with love. “Nothing dad, nothing.”

We are lost to each other and he knows it. Oy, how satisfying, how heartbreaking it is to finally be lost. And how horrible, wonderful, bad and good it feels.

What A Pleasure It Is To Feel Lost On Passover