Why Yevgeny Yevtushenko Made Jews Wary 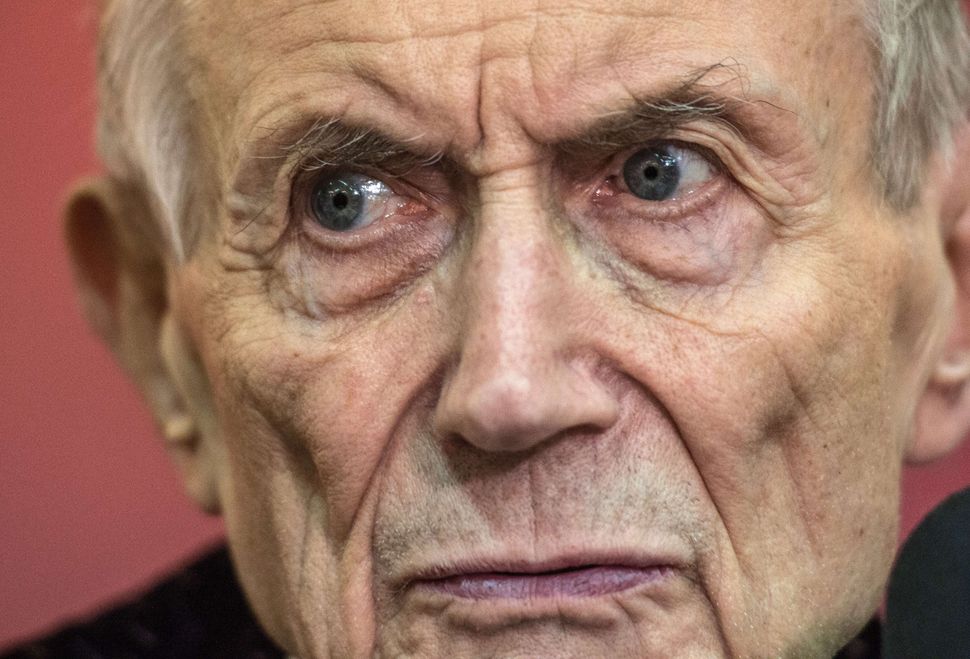 In 1961, Yevgeny Yevtushenko, who died on April 1 at age 84, published the poem “Babi Yar” in Russia’s “Literary Newspaper” (Literaturnaya Gazeta). The poem objected to Soviet refusal to recognize that Jews were the principal target at Babi Yar in present-day Kiev, Ukraine, where thousands of Jewish men, women and children were murdered by Germans, starting in 1941. The composer Dmitri Shostakovich, long inspired by Jewish music and tradition, included Yevtushenko’s verses in his Symphony No. 13 “Babi Yar.”

Yevtushenko’s international fame exploded, despite a 1963 admission by the poet that he had expurgated “Babi Yar” for “political reasons because the West had used the poem for a propaganda effort to ‘pretend’ that anti-Semitism was widespread in the Soviet Union.” Yevtushenko informed reporters at a Paris press conference that anti-Semitism was “no more of a problem in Russia than it is in many other countries.”

Although Yevtushenko was exported by Soviet literary authorities, several Jewish poets who had previously written about Babi Yar were sanctioned or ignored. The poet Ilya Selvinsky (1899-1968) witnessed the aftermath of the massacre of thousands of Jews outside the Crimean city of Kerch in 1942, writing and publishing poems about it. In retribution, Selvinsky was dismissed from the military the following year. In 1944, the Jewish author Ilya Ehrenburg (1891–1967) wrote a poem, “Babi Yar,” reprinted only in 1959. Other Soviet Jews, including the Ukrainian Jewish poet Moysey Fishbeyn, wrote about Babi Yar to little or no acknowledgment.

This curious happenstance raised suspicions among American poets, some of whom, like [Stanley Kunitz (1905 –2006).](1905 –2006 “Stanley Kunitz (1905 –2006).”) were translators from the Russian. According to the poet Selden Rodman Kunitz felt that Yevtushenko’s political poems were “very bad…‘Babi Yar’ is especially bad. You can’t write poems about collective or natural disasters. All you get is honest indignation.” Kunitz allowed that Yevtushenko was “box-office,” not due to poetic value but his role as nonconformist “rebelling against the ‘enemy’ dictatorship. Yevtushenko has asked for Lincoln Center to read in — and he will very likely fill it. Which isn’t bad for poetry, either, whether you think he’s become corrupt, as I do, or not.”

Another informed view came from the historian Robert Conquest, who noted in 1963 that to see Yevtushenko “as an angry young rebel, is absurd. His attack on Stalin appeared in Pravda, which is as much as to say that it was rhymed expression of the party line.” In 1968, when Yevtushenko was nominated for the prestigious Oxford Professor of Poetry appointment, the Hungarian Jewish historian Tibor Szamuely (1925–1972) objected with undisguised scorn. State trials against the poet Yuli Daniel and the journalist and human rights campaigner Alexander Ginzburg (1936-2002), of Jewish origin, sparked no criticism from Yevtushenko, Szamuely declared:

“In actual fact Yevtushenko is, and has been for the past five or six years, a hack propagandist of the Soviet regime: defending its atrocities, attacking its enemies, indefatigably travelling round the world on its behalf, boldly exposing everything it regards as injustice (including the democratic system). When sixty-three distinguished Soviet writers (including many ‘conformists’) signed a protest against the Sinyavsky-Daniel trial, the famous rebel’s name was conspicuously missing. Purely caution, his Oxford sponsors might say. Perhaps—but surely there was no need for him to denounce Sinyaysky and Daniel, from Dakar to New York, as ‘turncoats’ for having published their ‘anti-Soviet’ books abroad pseudonymously (always adding, with typical finesse, that they should have been tried by a writers’ jury). Hundreds of Soviet intellectuals have protested against the trial, earlier this year, of Ginsburg and Galanskov. But not Yevtushenko — he went around denouncing them as traitors and black marketeers.”
Szamuely added that “this strangely ‘non-rebellious’ (not to say despicable) behaviour has done grave damage to Yevtushenko’s erstwhile shining image abroad, and thus considerably reduced his value to the Kremlin.” He cited an open letter addressed in 1967 to Yevtushenko by Mexican university students: “In our view, you are an agent of the Soviet government trained to write poetry and to support a thesis.”

Some of Yevtushenko’s reputed admirers, such as Robert Frost, could not bear the sight of him, as Frost’s biographer Henry Hart details. During a 1962 tour of the Soviet Union, Frost remained unconvinced: “Yevtushenko kept trying to engage him in conversations. Despite the flattery, Frost found Yevtushenko’s sympathies for Fidel “We are tired/ of your tiresome imitations of Mayakovsky/… your general sense of Poughkeepsie is/ a gaucherie no American poet would be guilty of in Tiflis.”

Yet no poet loathed Yevtushenko with more assiduity than the Russian Jewish author Joseph Brodsky. In Solomon Volkov’s “Conversations with Joseph Brodsky,” Brodsky observed that Yevtushenko “had friends in the Central Committee of the Party all along the way — second, or third, or sixteenth secretaries — so he was As Shtern recalled in a memoir:

“Brodsky hated Yevtushenko with a passion. This should not be understood as professional jealousy. Brodsky looked with disdain upon anyone who was part of the System. Yevtushenko was not simply a prosperous Soviet poet who had no problem publishing in the Soviet press. He was one of ‘the cultural ambassadors,’ one of those artists sent abroad to testify that there was indeed freedom of speech and artistic freedom in the Soviet Union. And Yevtushenko would so testify…Brodsky thought that Yevtushenko served as an expert advisor to the government in reaching its decision to throw Brodsky out of the country. Naturally Yevtushenko denied this, but he did indeed rub shoulders with the highest echelons of the Communist hierarchy.” Resigning in 1987 from the American Academy and Institute of Arts and Letters when Yevtushenko was named an honorary member, Brodsky explained:

“Yevtushenko is a high member of his country’s establishment, and he lies terribly about the United States to his Russian readers…He’s a weather vane. He throws stones only in directions that are officially sanctioned and approved. To have him as an honorary member of the American academy, as though he represents all Russian poets, seems to me unseemly and scandalous.” In 2013, a 1972 interview with Brodsky resurfaced in which he opined that “of course, [Yevtushenko] is a very bad poet and an even worse person.”

Nonetheless, Yevtushenko was paid to teach Russian and European poetry and the history of world cinema at the University of Tulsa in Oklahoma and Queens College. Perhaps Brodsky, Kunitz, Szamuely, Shtern, and others were all wrong, and the Oklahoma Legislature better informed in its declaration over 20 years ago praising Yevtushenko as “perhaps the preeminent voice in the USSR speaking against the twin evils of Stalinism and anti-Semitism.” For Oklahoma lawmakers, Yevtushenko “chose to forego the international acclaim that accrued to other Soviet intellectuals who emigrated to the West in order to remain in the USSR and to join with others to express their opposition to the Soviet regime at great personal risk and artistic sacrifice.” No Soviet Jews were asked whether they too would have chosen to forego “international acclaim” in exchange for not being imprisoned and exiled.

Why Yevgeny Yevtushenko Made Jews Wary