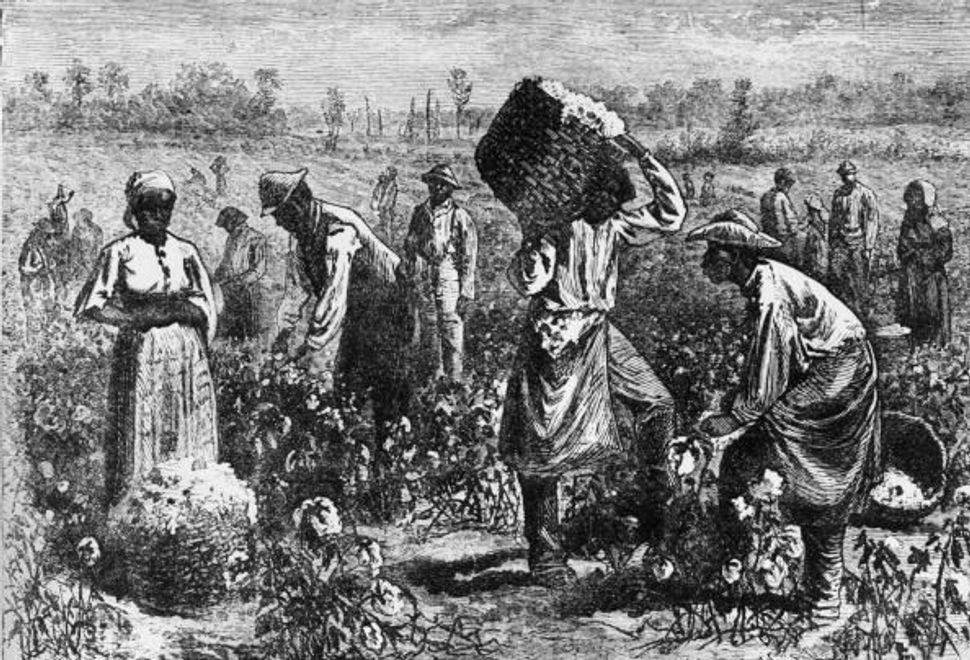 While most of New Orleans sits down to a dinner of red beans and rice, our seders will be beginning for us — porch doors flung open to let in Elijah (and the season’s first mosquitoes), bottles of wine clustered like brass quintets on tables as the corner church bells strike six. It’s Passover Louisiana style, with sweet potatoes alongside the brisket and hot sauce next to the butter, Hebrew prayers laced with Southern accents. From Uptown to the Bywater, Jews, some of whom have been part of this city for two hundred years, celebrate our Exodus from Egypt, when we broke free of an institution whose legacy is a bit more recent where we call home.

Yet, as we celebrate our freedom from slavery, it’s hard to forget that we have also been witnesses to slavery. In 2014 in The New York Times, “Passover in the Confederacy,” Sue Eisenfeld wrote of Jews who felt so at home in Dixie that they were proud to fight for it in the Civil War: “To them, after all they’d suffered and fled throughout the ages, the South was their new motherland, the land of milk and honey (and cotton), and it was worth fighting for.”

The online encyclopedia Virtual Jewish World states that “more than 200 Louisiana Jews are known by name to have served in the Confederate forces, but the true number is probably three times that.”

The Southern state with the highest Jewish population was Louisiana, where large numbers of Jews were concentrated in and around New Orleans. Many Jewish men worked in the shipping, sugar and cotton trades, or in related fields, like banking and maritime law, that financed or supported those commodities. The majority of Louisiana Jews were not slave owners, but their livelihoods, like those of their non-Jewish neighbors, were based on the slave economy. Without slaves picking the cotton and sugar, they would not have had jobs financing the sugar and cotton industries or shipping cotton north (one popular job for Southern Jewish businessmen), or owning the successful department stores on Canal Street that dressed New Orleanians for two centuries. 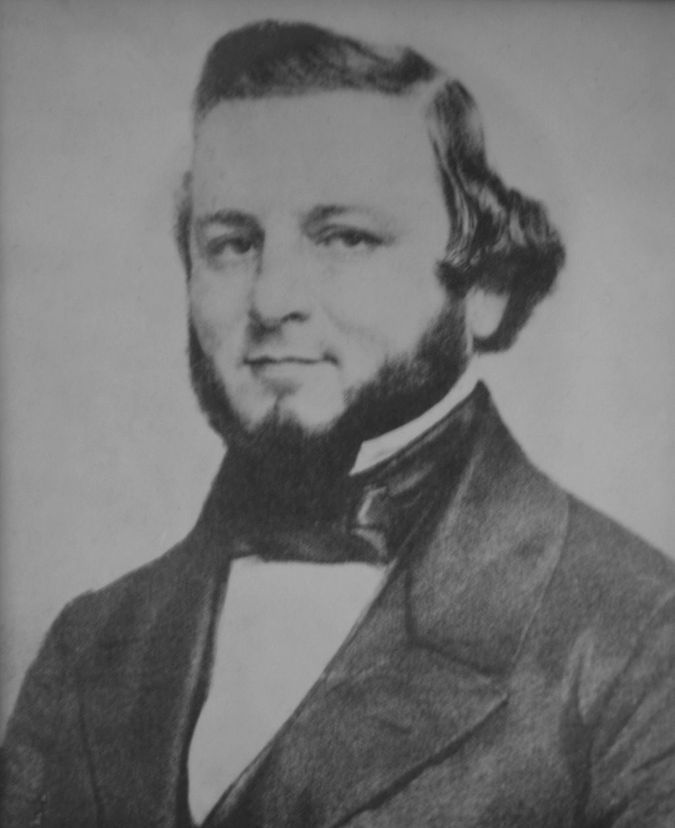 Judah P. Benjamin, the Confederate Secretary of War and the first Jewish U.S. senator, was an outspoken defender of slavery and the South. Benjamin was not a particularly religious man, but there were religious Jews who were able to reconcile their pro-slavery attitudes with their Judaism, such as Rabbi James Gutheim of the now-defunct Dispersed Of Judah synagogue in New Orleans, who, after the Union takeover of the city during the Civil War, refused to pledge his loyalty to the Union. According to the “Encyclopedia of Southern Jewish Communities,” he declared the Confederacy’s fight “right and [just].” Rather than bow down, he moved to Montgomery, Alabama, and took over the rabbi’s job for that congregation, where he could be more outspoken. After the war, in 1868, he moved to New York, where Temple Emanuel-El hired him.

The first Jew to move to Louisiana was Isaac Monsanto, a Sephardic Jew who was later expelled when the Spanish began enforcing the Code Noir that the French had neglected. He worked in the shipping trade, and only one shipment over the course of his entire career involved slaves, according to Saul Friedman in his 1998 book “Jews And The American Slave Trade.” However, several of his descendants, who moved back to Louisiana when Jews were allowed back into the territory, did own slaves.

Friedman notes that the Monsantos were not “great slaveowners”: Benjamin owned 17; Angelica, 8; Eleanora, 4, and Manuel, 12. He argues that even calling these men and women Jewish slave owners is perhaps not accurate, as two of the women married Christians (a Catholic in one case, an Episcopalian in the other), and one converted. The Monsanto descendants, like Isaac, were not religious and did not even participate in cultural Jewish life. Because of this, Friedman argues, can you call them Jews?

Up north, Jews were split in their support of slavery. Tulane University professor Michael Cohen taught me of a dialogue between two East Coast rabbis that proves how divisive the issue was nationwide. In 1861, Rabbi Morris Raphall of the congregation B’nai Jeshurun, in New York, published “The Biblical View of Slavery” in the New York Herald, justifying slavery. His argument rests on the fact that the patriarchs, men considered the closest to God, owned slaves, and that the institution is simply a part of life: “I am therefore justified when tracing slavery as far back as it can be traced; I arrive at the conclusion that, next to the domestic relations of husband and wife, parents and children, the oldest relation of society with which we are acquainted is that of master and slave.” That is not the strongest of arguments, that because something has been around for thousands of years it’s fine, but Raphall drew a vehement group of supporters. He lashes out at those who dispute his ideas: “When you remember that Abraham, Isaac, Jacob, Job… were slave owners, does it not strike you that you are guilty of something very little short of blasphemy?” If God’s favorite men owned slaves, why can’t ordinary American Southerners?

Rabbi David Einhorn of Baltimore gave a sermon opposing Raphall’s stance, arguing that Jewish law does not condone slavery: “The Ten Commandments, the first of which is, ‘I am the Lord, thy God, who brought thee out of the land of Egypt — out of the house of bondage,’ can by means want to place slavery of any human being under divine sanction.” Einhorn received such backlash from his sermon that he was driven out of his congregation and Baltimore as well; he fled to Philadelphia. It was not just Southern Jews that justified slavery; Jews were like other American whites, a bloc that had both slavery supporters and those who did not support it, both in the North and in the South.

Of course, there were Southern Jews opposed to slavery, and Jews who chose not to own slaves. New Orleans department store owner Leon Godchaux is credited with transforming the sugar industry in Louisiana, but he waited until abolition, when the industry was a mess and plantations sat in ruins, cane growing tall and unpicked, to buy up bankrupt plantations and use wage labor to turn around the industry and become the largest sugar producer in the South. He remained a prominent member of New Orleans and Southern society, but not a slave-owning one. And there were many like him, whether or not they spoke out against slavery or quietly refused to support it.

When I moved to the South nine years ago, I was charmed by some Jewish-Southern adaptations — the annual Jazz Fest Shabbat at Touro Synagogue during the first week of Jazz Fest, the fried chicken Friday Night special at Kosher Cajun Deli, Shabbat services shortened during parade season so that congregants wouldn’t miss Morpheus and Krewe d’Etat the Friday night before Mardi Gras. But I was less charmed by Jews embracing the darker legacy of the South, like a guy I met in college, a Jew from New Orleans who used the N-word in conversation, and when I called him out, he rolled his eyes and told me that I didn’t understand because I wasn’t from New Orleans. And the Jewish frat boy who hung the Stars And Bars alongside his Israeli flag in his dorm room window that faced out into an undergraduate residential quad. I am not equating these two boys’ actions with the support of slavery, but they prove that Jews can be as racist as any Southern goy.

Eisenfeld writes of families with husbands, fathers and sons away, fighting for the Confederacy, sitting down to a Seder to reflect on how we were once slaves in Egypt. While these Southern Jews were fighting to preserve the institution of slavery in their own land, they remembered how they themselves were once slaves. This paradox shows how much privilege Jews had in the South, even in the antebellum era. Sure, most Jews did not own slaves. But the huge difference here is that Jews in the South were never in danger of being made slaves again. Why weren’t those Confederate Jews looking back on our collective history, especially on Passover, and deciding that they could not morally be a part of this institution?

On my first Passover in New Orleans, I sat around a crowded table of undergrads at Tulane Hillel. We shvitzed in our seersucker and linen, knocking back plastic cup after plastic cup of wine and reading from paper Haggadot. The Hillel House sits right off campus, a campus built on what was once a long-lot sugar plantation that stretched from the Mississippi River to Lake Pontchartrain. The legacy of slavery literally surrounded us as we held our Seder. This proximity to a much more recent slavery was palpable. I can’t imagine what those Confederate Jews were thinking as they broke matzo and worked their way around the Seder plate at their mansions in the Garden District and in Creole cottages downtown, how they could justify what they were fighting for when singing about freeing themselves from bondage.

It makes me think about what paradox I may be living in now, how we Jews need to always remain on the right side of history. We’ve been through a lot as a people, and we must learn from all that suffering and use our knowledge to help others when we see them suffer. American Jews are Diaspora Jews. We need to remember that we were once in bondage, that we were once a targeted people, immigrants, and to help those in those positions now. As I sit down to my Southern Seder, that’s what will be on my mind, making sure that I am not that that Confederate Jew, singing “Dayenu” and noshing on gefilte fish as slaves prep macaroons and matzo meal cake on the other side of the wall.

Sophia-Marie Unterman is a teacher and freelance journalist based in New Orleans.